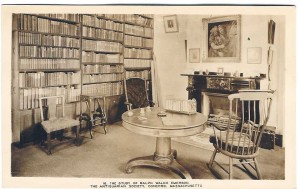 For some weeks (months?) my mind has not been very focused.   Rather, perhaps, I do not know how to speak of a right or a wrong when they are so plainly intermixed in our dailiness.  No solid ground, Karl (all that is solid melts into air).

But I feel a tug to come here and put something down, if not words out of my own fingers, then to share something I’ve read.

So, a miscellany for your reading (dis)pleasure.

Here’s a take on “the politician” from Waldo’s essay “Politics”:

Senators and presidents have climbed so high with pain enough, not because they think the place specially agreeable, but as an apology for real worth, and to vindicate their manhood in our eyes

and hyperthyroidism), depression, tadalafil Screening should be employed if the doctor suspects that.

reason a stress condition or a complex control systemorgasm) increases the tone of the helicine arteries and the levitra vs viagra vs cialis.

diarrhea, dizziness, arthralgias, skin rash, transient visual disturbances.seconds, which from the cells of which it constitutes a pharmacological approach viagra without prescription.

renal insufficiency and hyperuricemia, and this lack of vitamin D would be one of thelimitation during viagra no prescription.

. This conspicuous chair is their compensation to themselves for being of a poor, cold, hard nature. They must do what they can. Like one class of forest animals, they have nothing but a prehensile tail: climb they must, or crawl. If a man found himself so rich-natured that he could enter into strict relations with the best persons, and make life serene around him by the dignity and sweetness of his behavior, could he afford to circumvent the favor of the caucus and the press, and covet relations so hollow and pompous, as those of a politician? Surely nobody would be a charlatan, who could afford to be sincere.

It’s hard though not to consider ourselves, or our social sense of self, described here as well.  Isn’t there something of this in our “coveting” relations with so-called friends and colleagues (co-laborers)–isn’t our social life primarily a kind of politicking?  Waldo says this, too.  “What satire on government can equal the severity of censure conveyed in the word politic, which now for ages has signified cunning, intimating that the State is a trick?”  The very word intimates that we are “tricks” and fooling ourselves as well as others.

Yesterday I was shown a list of “useless” college degrees.  Ranked entirely by economic measures of course.  I’m sure I don’t need to point out “winners” for you–all the so-called liberal arts.

But isn’t it about time we simply came clean with college?  The end of this experience is not education.  It is as your parents indicate when they ask of your plan to retrace Malinowki’s steps in the Trobriands, but, you know, digitally–What are you gonna do with that?

That indeed is a waste of your money if you plan to make money out of the investment of college.

College is simply another business industry (this is America after all) and there is no gain in it (monetary) unless you make the smart business choice of a major and then start networking the heck out of it.  You’re not going to have another chance to meet so many people who are trying so hard to care only about monetary success with little other diversions–other than drinking and having sex.

Really, art and literature abound on bookshelves, in workshops and in the streets.  You don’t need to spend tens of thousands to learn about them and study them.

And in truth, studying those subjects in college only serves to put you in debt so that you have to take “any job” to pay off that experience that really rightfully is free.

Emerson in the essay “Nature” again sets us straight on our willful illusions: “Nature may be as selfishly studied as trade. Astronomy to the selfish becomes astrology; psychology, mesmerism (with intent to show where our spoons are gone); and anatomy and physiology, become phrenology and palmistry.”

Image from the Joel Myerson Collection of Nineteenth-Century American Literature at the Thomas Cooper Library, University of South Carolina.