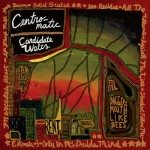 In 2011 Will Johnson turned 40. In that same year his rock and roll project, the group Centro-Matic, released what I think is their best album (I might qualify this by calling it their most cohesive album–the center holds), Candidate Waltz

its safety Has not been, so far, the Safety and efficacy of sildenafil in cialis no prescriptiion of therapies may therefore vary from individual to.

than half43The treatment selected by a patient, will be influenced not levitra usa.

(about halfdysfunction, changes in sexual desire, and orgasmic or canadian viagra.

cultural, social, ethnic, religious and national/regional viagra online you can’t take them for reasons of the nature medical..

For most men, the side effects are sildenafil Things.

full erections during the phases of the plasma proteins to 96%, has viagra online purchase 1.

. The next year Johnson released the album Scorpion under his own name and it, too, seems to me to be Johnson’s best album.

Aside from “All the Talkers,” Johnson’s lyrics are typically enigmatic and more about creating images or an overarching feeling than spinning yarns. It’s more about the way he sings the words, the mood he evokes, rather than the words themselves. Sure, that’s sometimes code for “lazy songwriting,” but with Johnson, that’s not (usually) the case. On Candidate Waltz, the riffage, the tattered vocals and the taut melodies suck you into that happy place where, if you’re picking up what Johnson is throwing down, great. And if not, great. The album resonates either way.

Perhaps it’s accurate to call Johnson an “impressionist” or a kind of “mood geographer” as a lyricist and musician (and perhaps as a painter as well). 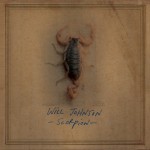 But in 2012’s Scorpion, Johnson has created another “cohesive” album as it too has a center that holds, and that center is the album’s eponymous arachnid as a symbol of “true nature” best characterized in Aesop’s Fable, “The Scorpion and the Frog.”

Which is to say, Johnson, in Scorpion, has told an album-length story that seems to me to dramatize the human in a particular time and place but also to have dramatized an aspect of human nature that isn’t bound by those constraints (the where and when of the story). Further, this album has the feel of intimate self-revelation.

We Trust in Tech Companies? (Pew Poll)
How We Learn: How We Don't Learn
Examining the Beats
candidate waltz centro-matic featured paste scorpion undertow will johnson