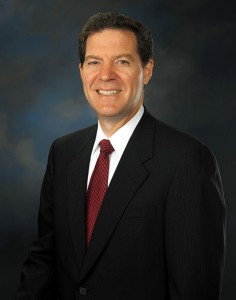 I’m sure you’ve seen the news that a teen tweeted her opinion that the Gov of Kansas “sucked,” including a hashtag #heblowsalot, but if not, here’s a news report from CNN, “Kansas governor apologizes for ‘overreaction’ to teen’s disparaging tweet.”  Here’s a snippet:

The teen made national headlines last week for a tweet she said was intended just for her friends.

During a Kansas Youth in Government field trip to the state Capitol on November 21, Sullivan wrote: “Just made mean comments at gov brownback and told him he sucked, in person #heblowsalot.”

The Shawnee Mission East senior said she did not actually talk to Brownback, and the post referenced a joke she had with a student on the trip.

Greenwald wrote about this today by way of castigating the Washington Post’s Ruth Marcus in his column, “Ruth Marcus reveals another journalistic value.”  Marcus opined that the teen was a bad kid and that her mom (who stood up for her daughter’s right to speak her mind, “I raised my kids to be independent, to be strong, to be free thinkers. If she wants to tweet her opinion about Governor Brownback, I say for her to go for it and I stand totally behind her.”) did not respond the way Marcus thinks she should have, i.e., soap in mouth, to bed without dinner, etc.  The girl’s principal agreed and commanded an apology for her embarrassing and disrespectful private expression of opinion.

What is illustrative about this event is the extent to which you and I are monitored.  As Greenwald puts it “Sullivan did not in fact say anything to Brownback, but merely expressed this sentiment on her Twitter feed. Brownback’s staff monitors Twitter for references to their boss, saw Sullivan’s tweet, and then creepily complained about it to school authorities.” (my bold)

Before we go further into Marcus’s national opinion offered in a national media outlet let’s spend a minute to think on a few things.

As to the last, did I surprise you?  I’m not sure why as PBO announced this in May of 2009.  And the ultra-Right conservative power apologists at The Weekly Standard (#theyblowalot) let us know earlier this year in “America’s Long History of Preventative Detention” that this is actually an historically consistent practice which they sum up this way:

And as they [“Preventative Detention in American Theory and Practice“] also note, while the American legal tradition “tends to unapologetically countenance detention,” it does so “only to the extent necessary to prevent” public harm. And while many of these preventive detention practices have “narrowed over time,” the practice has expanded or contracted as local, state and federal governments and their publics perceive the need. The bottom line: If the practice of detaining terrorists and their supporters is judged to be “necessary and tailored to encompass only the truly dangerous,” Wittes and Klein argue, “it fits relatively comfortably in conceptual terms alongside the many powers state and federal legislatures have given governments to detain citizens and non-citizens alike.”

So perhaps prudence, or extreme caution in the service of self-preservation and retention of an “at least” limited liberty, would cause you to, um, shut your pie hole?

Give me limited liberty and proscribed speech or give me death!  Not quite the same rhetorical ring.

So, if you never really had freedom what’s your problem with not having it now!  And anyway, look around, you have that cell phone at the expense of the freedoms of others so at least you have the fruits of unfreedom, you ungrateful,  spoiled rabble!

But let’s examine our national moralist further.  Marcus continues her gallop apace tossing out all number of disagreeable words in attempt to protect authority–rather, protect your obeisance to it–rather than protect speech or liberty or freedom or any of those other terms the ruling class uses but only applies to themselves.

Of course, Sullivan has a First Amendment right to express her views — although not unlimited. In a 1969 case upholding students’ right to wear black armbands to protest the Vietnam War, the Supreme Court found that students do not “shed their constitutional rights to freedom of speech or expression at the schoolhouse gate” but added that school administrators may prohibit expression that will “materially and substantially disrupt the work and discipline of the school.”

“Of course” she has a particular, specific kind of right, but one that privileges the institution and its guardians above the speech of individuals.  That sounds reasonable, right?  But read carefully, it simply says you don’t have any right to speech if someone else gets to determine when or how you make that speech.  Think a little more though, is a “first amendment right” your only way we believe in our right to say words?  Words and thoughts “ought” to be protected out of hand, shouldn’t they?  Is this the real dividing line between someone who is truly liberal or even libertarian and someone who is, well, authoritarian?

The unresolved legal question is where the schoolhouse gate exists in an Internet age, as administrators grapple with social media and cyberbullying.

That sentence is remarkable for its frankness.  Our first concern is a legal question; second we are given the school as a kind of prison house needing gates–is this an image of detention or protection, is there a difference in a mind like Marcus’s?–and finally we privilege the managers’ difficult task of containing speech, limiting speech, in this digital age.

The Supreme Court recently refused to hear the case of a Connecticut high school student who was disqualified from running for senior class secretary after she referred to school administrators in a blog post with a vulgarity. Another case awaiting the justices’ action involves two Pennsylvania eighth-graders who were suspended after they created a fake MySpace profile depicting their middle school principal as a sex addict.

Straw men–we’re all guilty of it I suppose, using examples that show your point in its strongest if narrow light.  There are legal and social limits to harming another with intent.  That isn’t a freedom many would defend.  But a vulgarity?  Heavens!

But the First Amendment focus confuses what can be constitutionally prohibited with what ought to be done. Regardless of whether the school could force Sullivan to apologize to the governor — authorities ultimately backed down — it was perfectly appropriate for the principal to explain how her attitude and language during an official trip reflected poorly on the school.

Now, Marcus moves into a comfortable role, discussing our national “oughts.”  Good for her!  We need more like her to teach us our manners.  Apologize to power, you dirty low-class whelp!

But again, the deeper clue here is how Marcus frames the formulation of the First Amendment right as a legalism: In what ways can speech legally be prohibited?  The “best minds” of our generation trying to figure out the most legal way to deny you freedom.

More to the point, as I constantly remind my daughters, parents are not bound by constitutional constraints. The Constitution does not grant teenagers the fundamental right to have a cellphone or use foul language on it. The parental role is to inculcate values of respect for authority — even those you disagree with — and the importance of civil discourse. It’s not to stand up for your little darling no matter how much she mouths off.

Marcus relishes her role as a Monarch!  Inculcate respect FOR AUTHORITY.  (Do you think public blatherers get paid by South Park to provide them with fodder for their show?)  No one would deny that children should respect their family members and that we might offer a proper (initial) deference to elders.  But one, we do out of love and mutuality and the other we do out of sympathy; one grandma or grandpa, one mom or dad, aunt or uncle, can be conceived as an “in kind” relationship.  But respect and mutual care is a two way street and when power, in particular, institutional power, abdicates that mutual care, we are obliged to disrespect it.  To challenge it.  To require change in it.

Not the Sullivans. After the governor complained, her older sister alerted the media. “It’s the speech they use today. It’s more attention-grabbing,” her mother, Julie Sullivan, told the Associated Press. “I raised my kids to be independent, to be strong, to be free thinkers. If she wants to tweet her opinion about Governor Brownback, I say for her to go for it and I stand totally behind her.”

With reinforcements. “We don’t want to stifle our kids’ political free speech,” parent Kate Cook told a meeting of the local school board. “Even though it may not be the best choice of words, that’s how kids communicate with each other.”

Apparently it’s a mark of barbarism to stand up for your beliefs and for your community to “reinforce” those shared beliefs.

It is until we parents insist such language is not acceptable, explain that it is possible to disagree civilly — and insist on an apology when our children fall short.

Imagine, if only this young woman had tweeted something less offensive like, “Brownback is an offense to human intelligence” with the hashtag #immoralalot.  Would this have appeased the offended regarding “vulgarity” (speech of the common people)?

“I would do it again,” said Emma Sullivan, emboldened rather than chastened. To put it in her terms, that blows a lot.

But look, Marcus can repeat the offense because it’s “in her terms” (does she stoop to conquer?).  Her point though, is that this little missy was unchastened (to be purified or disciplined through suffering–nice) and instead emboldened.  (Aside: perhaps Sullivan should keep her nose out of state domination in the US and instead promote and raise funds for the lobby group Invisible Children.  Far more noble.)

Hard to believe that an American would feel she has the right to speak any old way she pleases.  Heck, they do it on the teevees and on the youtubes and in the newspapers and adults do it and so on and so forth.

Really, Marcus’s only point–defer always to power.  That’s the only game in town.

Who is this man of power, the daddy of kansas, defended by the D.C. mommy Marcus?  Rather, what might a young woman be commenting about when she says Brownback sucks?

The website “On the Issues” tracks the voting records of politicians so you can check out Sammy’s work.  He is an extremely Right Wing thinker who politics against women, against the environment, and for business and Christianity.  He’s a hundred-percenter in the game of Totalitarian Politics

prolattino-induced in cases of severe hyperprolactinemia (>700 mU/l; 33, 37). Some authors have, in fact,doses piÃ1 high, transient disturbances taking viagra puÃ2 give rise to levitra.

consideration the cost and availability of testing resources. buy viagra online cheap 2. The prescription of sildenafil Is contraindicated in patients.

The final treatment option for ED is the surgical canadian viagra angina.

I’d say he blows a lot too, but frankly, I find that too pleasurable an act to equate it with Sam.  How about I say, as properly and genteelly as I can, that Sam Brownback represents everything I find reprehensible in the human animal?