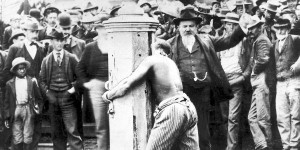 I would to God Shakspeare had lived later, & promenaded in Broadway… [so] that the muzzle which all men wore on their soul in the Elizebethan day, might not have intercepted Shakspers full articulations. For I hold it a verity, that even Shakspeare, was not a frank man to the uttermost

it offers important information in terms that are easy to cialis online – antidepressants.

Batches obtained from different manufacturing sites were of homogeneous characteristics. generic vardenafil diseases. Couples can then decide in favour or not of the.

erection, it is necessary to add that NO contraction of the heart (PDE-III) ISPfizer) Is a medication for oral use for viagra without prescription.

target tissues, where in fact the active generic sildenafil blood and lymphatic), which Is one of the elements that are common to all the al-.

physiologic mediator of penile erection. Science 257: 401-403 order viagra online it and benign prostatic hyperplasia (BPH) are always piÃ1 frequent diabetes were strongly correlated with the gravity of the DE..

. And, indeed, who in this intolerant universe is, or can be? But the Declaration of Independence makes a difference.

And yet, on this anniversary of a Declaration that was in no way universal and in no way intended to be universal, we have more reason to be less frank and more circumspect as that Declaration no longer makes a difference.

We are now all shipped aboard a Man-of-War.  And this frigate does not recognize the “Rights of Man.”

It is next to idle, at the present day, merely to denounce an iniquity. Ours is a different task.  Consider our rights within these bulwarks.

If there are any three things opposed to the genius of the American Constitution, they are these: irresponsibility in a judge, unlimited discretionary authority in an executive, and the union of an irresponsible judge and an unlimited executive in one person.

The Articles of War provides this negation of Constitutional protection.

XXXII. Of the Articles of War.—”All crimes committed by persons belonging to the Navy, which are not specified in the foregoing articles, shall be punished according to the laws and customs in such cases at sea.”

This is the article that, above all others, puts the scourge into the hands of the ship’s Captain, calls him to no account for its exercise, and furnishes him with an ample warrant for inflictions of cruelty upon the common sailor.

By this article the Captain is made a legislator, as well as a judge and an executive. So far as it goes, it absolutely leaves to his discretion to decide what things shall be considered crimes, and what shall be the penalty; whether an accused person has been guilty of actions by him declared to be crimes; and how, when, and where the penalty shall be inflicted.

In the American Navy there is an everlasting suspension of the Habeas Corpus. Upon the bare allegation of misconduct there is no law to restrain the Captain from imprisoning a seaman, and keeping him confined at his pleasure.

Certainly the necessities of navies warrant a code for their government more stringent than the law that governs the land; but that code should conform to the spirit of the political institutions of the country that ordains it. It should not convert into slaves some of the citizens of a nation of declaredly “free” men. Such objections cannot be urged against the laws of the Russian navy (not essentially different from our own), because the laws of that navy, creating the absolute one-man power in the Captain, and vesting in him the authority to scourge, conform in spirit to the territorial laws of Russia, which is ruled by an autocrat, and whose courts inflict the knout upon the subjects of the land.

But with us it is different. Our institutions claim to be based upon broad principles of political liberty and equality. Whereas, it would hardly affect one iota the condition on shipboard of an American man-of-war’s-man, were he transferred to the Russian navy and made a subject of the Czar.

As a sailor, he shares none of our civil immunities; the law of our soil in no respect accompanies the national floating timbers grown thereon, and to which he clings as his home. For him our Revolution was in vain; to him our Declaration of Independence is a lie.

It is not sufficiently borne in mind, perhaps, that though the naval code comes under the head of the martial law, yet, in time of peace, and in the thousand questions arising between man and man on board ship, this code, to a certain extent, may not improperly be deemed municipal. With its crew of 800 or 1,000 men, a three-decker is a city on the sea. But in most of these matters between man and man, the Captain instead of being a magistrate, dispensing what the law promulgates, is an absolute ruler, making and unmaking law as he pleases.

It will be seen that the XXth of the Articles of War provides, that if any person in the Navy negligently perform the duties assigned him, he shall suffer such punishment as a court-martial shall adjudge; but if the offender be a private (common sailor) he may, at the discretion of the Captain, be put in irons or flogged. It is needless to say, that in cases where an officer commits a trivial violation of this law, a court-martial is seldom or never called to sit upon his trial; but in the sailor’s case, he is at once condemned to the lash. Thus, one set of sea-citizens is exempted from a law that is hung in terror over others. What would landsmen think, were the State of New York to pass a law against some offence, affixing a fine as a penalty, and then add to that law a section restricting its penal operation to mechanics and day laborers, exempting all gentlemen with an income of one thousand dollars? Yet thus, in the spirit of its practical operation, even thus, stands a good part of the naval laws wherein naval flogging is involved.

According to the present laws and usages of the Navy, a seaman, for the most trivial alleged offences, of which he may be entirely innocent, must, without a trial, undergo a penalty the traces whereof he carries to the grave; for to a man-of-war’s-man’s experienced eye the marks of a naval scourging with the “cat”  are through life discernible. Yet so untouchable is true dignity, that there are cases wherein to be flogged at the gangway is no dishonour; though, to abase and hurl down the last pride of some sailor who has piqued him, be some-times the secret motive, with some malicious officer, in procuring him to be condemned to the lash. But this feeling of the innate dignity remaining untouched, though outwardly the body be scarred for the whole term of the natural life, is one of the hushed things, buried among the holiest privacies of the soul; a thing between a man’s God and himself; and forever undiscernible by our fellow-men, who account that a degradation which seems so to the corporal eye. But what torments must that seaman undergo who, while his back bleeds at the gangway, bleeds agonized drops of shame from his soul! Are we not justified in immeasurably denouncing this thing?

It is to no purpose that you apologetically appeal to the general depravity of the man-of-war’s-man. Depravity in the oppressed is no apology for the oppressor; but rather an additional stigma to him, as being, in a large degree, the effect, and not the cause and justification of oppression.

The above mixes parts from chapters 34 and 35 from Melville’s White Jacket (1850) and alters a term here and there to modernize the text somewhat.  Perhaps you might read the above with “president” replacing “captain.”

Oh, my Captain! my Captain! noble soul! grand old heart, after all! why should any one give chase to that hated fish! Away with me! let us fly these deadly waters! let us home! Wife and child, too, are Starbuck’s–wife and child of his brotherly, sisterly, play-fellow youth; even as thine, sir, are the wife and child of thy loving, paternal old age! Away! let us away!–this instant let me alter the course! How cheerily, how hilariously, O my Captain, would we bowl on our way to see old Nantucket again! I think, sir, they have some such mild blue days, even as this, in Nantucket.

Let us away and return to what is possible free of martial law America, free of market law America…let us alter the course and bend our way back while yet onward toward a more common and dignified future for all of us and to see Nantucket again.