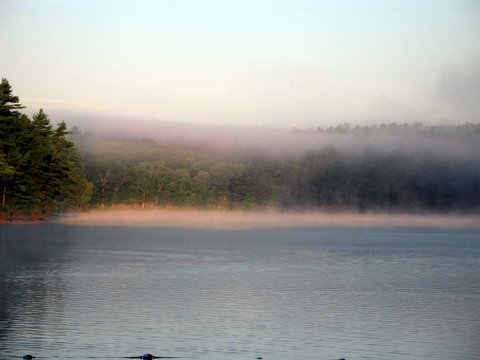 “God himself culminates in the present moment.” (Thoreau)

What if you “know” the future?

Fairy tales and wishes of complete knowledge are always disastrous. If you know the hour of your death you live “against it” or are perhaps completely tugged into the orbit of it.

In Climate disruption; in the constant use of fossil fuels and toxins; we “know” a bleak future.

It is the “we” who is changing in the recognition of this. It is the privileged and pampered we of “history” who must now confront the meaninglessness of “potential” and “prospect.”

“Any American writer, any American, is apt to respond to that event [the Puritan Migration to New England] in one way or another; to the knowledge that America exists only in its discovery and its discover was always an accident; and to the obsession with freedom, and with building new structures and forming new human beings with new minds to inhabit them; and to the presentiment that this unparalleled opportunity has been lost forever. The distinction of Walden‘s writer on this point (shared, I suppose, with the singer of Leaves of Grass and by the survivor in Moby Dick) lies in the constancy of this mood upon him, his incarnation, one may call it, of this mood at once of absolute hope and yet of absolute defeat, his own and his nation’s. His prose must admit this pressure and at every moment resolutely withstand it. It must live, if it can, pressed between history and heaven.” – Stanley Cavell, The Senses of Walden (8,9)