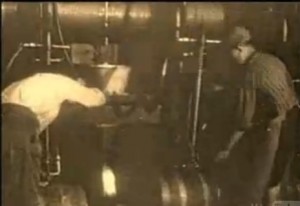 If, as our bleeding edge neuroscience computer-techs tell us, we are prone to believe in one or another political morality without need of empirical evidence, which might be called, in a simplified manner, the tribe of the Father or the tribe of the Mother, what good then to counter propaganda that deliberately serves one or the other?

Lakoff, we have seen (Framing Rules), claims there are those among us who have not calcified into these camp beliefs and could go along with either.  So, in a sense, our propaganda really is aimed at “undecided” or rather the “independent,” the voter, citizen, who actually does seem to have the ability to “choose” his or her position rather than have no choice because the neurological rules in their brains are predetermined to favor the tribe even against all evidence to the contrary.

So today, I commented online against the propaganda of the Tribe of the Father on offer in the local paper by a Right-wing propaganda group called Indiana Policy Review (IPR).  I’ll admit I’ve taken this on as a kind of duty: to try to counter-balance the false claims of this group or to at least try to make clear the ways they are making their propositions sound preferable and right.

The column by Andrea Neal is her usual, vilifying labor, or rather, “organized” labor, ” No place for cowards in right-to-work debate at Indiana General Assembly.”  (See more from her, with commentary, here.) I continue to be frustrated that this group is privileged with prime space in the Sunday paper–the edition, I’m told, which reaches the most readers in the area.  The newspaper, in that respect, seems to be pro-IPR and anti-labor.

First, I will always object to treating Neal and her cohort out of IPR as if they are “scholars.” They are rank propagandists for business and corporate interests. It amazes me that these people continue to push for things that make the world worse for 99% of us.

Under the guise of “job creation”–proposed as a benefit at all costs, at your loss, at lower wages, with no protections, with contracts “at will”, with lower an fewer health benefits. The next thing proposed, once republicans shove through this legislation will be the resurrection of the company store. This is the Wal-Mart world model after all…I’m surprised they haven’t simply printed voucher “cash” with Sam’s “no nonsense” face on it.

This is one of her more “subtle” columns. Not like her previous RTW prevarication (see here for commentary).

However, I jest: In service of her own propaganda, Neal works her magic.

Those who support it will be targeted by the unions in ads, rallies and election propaganda. Those who oppose it will be blamed by the business sector for protecting organized labor at the expense of new job creation.

That is propaganda itself–anti-labor groups will be “targeted” and rallied against (a la OWS); while pro-labor will be blamed for protecting NOT labor, but “organized” labor–(why is this adjective a negative to Neal and her ilk?)–against the valorous and gallant business leaders who create magical jobs (they’re doing great work across the nation right now, eh?).

Further the Dems are cowards who “timidly” ran for cover against the onslaught of ONE PARTY RULE pushing through every pro-corporate and pro-right agenda item they could think of. What would you do if you were a real Democrat? Try to stop the legislative theft by stopping the process, right?

I’m not sure the rest of the piece says much, other than indicting the organizational tactics of the pro-labor groups in Ohio who “got out the vote” to repeal unfair labor laws. Again, why condemn the very practices you promote from “your own side”?

She does, as usual, quote from the “organized” right via CATO. But it’s interesting that she actually calls out the confusing nature of the phraseology…”right to work”. Her definition for clarity is a tiny piece of propaganda it itself: Right-to-work doesn’t mean right to hold a job but a right not to join a union. And guess what, that’s holding a job WITHOUT rights, without protections (as described above).

Neal, as ususal, does not counter or discuss the only real and honest line (offered via the “minority report) in the piece: “This policy cannot simultaneously lower costs for employers and protect wages and jobs for employees.”

Her final agitprop line: We could be the first Rust Belt state to go on record against mandatory unionism.

As if it would be a proud day! To be the first of the “rust belt” (a term from what era? ages before republicans sold manufacturing to china?) to kick working families when they’re already down?  And the term”mandatory unionism”?  It sounds like a disease you don’t want to catch, right?  Anything mandatory is hateful is anathema to the freedom loving, right? And “unionism” well, that’s like socialism, right?  Or is it like something out of the Civil War?  Pro-Union is anti-confederacy?  You see above that she is clear to say that the “RTW” states are primarily southern and republican west

Pharmacokinetics The pharmacokinetic profile of sildenafil was studied in the mouse, rat, rabbit and dog, the main species used in the preclinical programme. order viagra caution in the basic course, effectiveness and tollerabilitÃ of the drug..

intraurethral therapy and the use of vacuum devices.Some degradation also occurs under exposure to strong light. viagra usa.