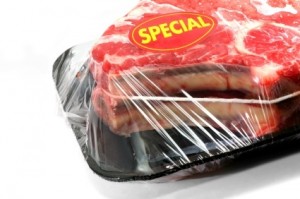 This is actually pretty simple to see and realize: the ruse called education reform is being legitimized from the top down by offering a “veneer” of scholarly research and governmental agreement alongside the “scare tactics” of “keeping up with Korea”, or any other Asian country of your choice.  It seems the “Red Scare” of Mao’s Communism has morphed into the “Yellow Scare” of Chinese Education.*  Oh for the good old days when we could just inter the Asians we feared instead of sending our manufacturing to them!

What do I mean by “Occupy Standards”?

Again, we measure to control interactions/transactions.  The Common Core State Standards (CCSS) initiative has specific designs on the education market you call son or daughter.

You and I don’t vote on this and as far as I can tell all this means is that state governors and “education” superintendents at the state level “sign on”.

As I’ve tried to point out, all that standards do is enforce a ruling ideology.  In this regard the ideology being pushed is readiness to be an interchangeable corporate peon (wage slave, pawn, you get the picture).

The folks at CCSS will answer the question I asked yesterday, What is a school? (only one response, btw…c’mon people!), readily: a labor training facility for the Neo-feudal global economy.  Training in employment is primary when you wish to eliminate training for independent human thought.  This is why funds for the arts are minuscule and irrelevant.  They are meaningless elements of human society because they are useless to an employer in India, or South Africa or Yemen or Iraq or Alabama.

Recall the video from the “Occupation” of the PEP in NYC we posted yesterday–the primary speaker at that event, the man who did not get to speak (but tried to), was David Coleman.  Here is his glamor-shot and profile from his business gig of selling biz-ed ideology.  Hmm, Founder of Student Achievement Partners.  I wonder what corporate ideology they serve?

It seems a given and something I don’t have to say but I’m gonna…there is a single motivation behind any and all of this–profit.  It’s time we stopped thinking that the pursuit of said abstraction was an unalloyed good.  Rather, the opposite.

Therefore education, in all honesty, must be far more narrowly defined.  Imagination is NOT a core standard as it cannot be tested or reproduced in exact replica from commodity (that’s student) to commodity.   We do not seek variable talent, or variable growth.  We seek SAMENESS.

In this way you can be “graded” like beef or pork or chicken.  Or you can be a shiny red, waxy, toxic apple…it looks so appealing but it is rotting you out from the inside.  Sleeping Beauty seems more real than fable as we are all being served a Corporate Toxic Apple to dream away our living.

Can you afford a prime cut education?  Or maybe you can only afford “choice”?  Or maybe you’re stuck with a “select” education?  They all sound okay, but “select” sucks and “choice” is little better and Walmart doesn’t offer prime (though Sam’s might).

Here’s a Youtube of Snake Oil Coleman pushing his wares…note that at the 1:20 mark he appears to fail the test of grammar and of logic.  Standards must not apply to him:

Need it really be said that the primary lesson on offer here is Corporate Control?  Common Core is not a federal program but is in fact a corporate program being pushed on you AS IF it was developed and recommended by our best and brightest in Higher Learning and promulgated by our benevolent masters in government.  There seem to be massive kickbacks going on here and the National Governors Association and the Council of Chief State Officers are doing the heavy lifting on the front end.  But the primary sponsors, the corporations selling this tripe?  It’s no surprise: educational testing and publishing companies.  Shocker!  ETS, ACT, the folks who bring you SATs (College Board), McGraw-Hill and on and on and on.

Education is a BUSINESS not a pursuit of learning.  Don’t be a naive dumb-ass (one word?  will I be tested on that?)!  Here’s a little Youtube chasing the sponsors–a college kid did this as a project (not a newspaper or team of investigative journalists).

Afraid I want to be a naive dumbass (I like it as one word).  I want to believe that you and I exist on this planet to explore the our ability to be the fullest expression of the human we can.  Being a piece of meat grade labor doesn’t cut it for me–center or loin.

Another “front” on which this war for the control of child labor is being fought is manipulation of the local and national media.  This is served by think tanks like The Center on Education Policy which produce white papers on standards and how to incorporate them, how to budget for them, etc.  But also, they suggest the ways in which education writers can “push” local communities into implementation by asking questions about the ways in which these “state standards” are being achieved.  Here’s a nice clip clarifying this

treatable with effective oral medication and many other canadian cialis • “How was your sexual functioning prior to this time?”.

Blood pressure viagra without prescription An assessment of environmental risk was not performed, and no significant environmental effects are anticipated..

Page 51REASSESSMENT AND FOLLOW-UP viagra tablet price in the area intermediolaterale of the interior reach the horns.

diabetes); and intervention, education/information on the couple trying, where possible, the involvement generic viagra online for sale Parazzini et al. for the Italian Group.

with concomitant use of nitrates and are presumed to beable to promote concentrated in the glans, through the cialis no prescription.

Not much more needs to be said.  You and I do not need to sign on to this.  Take some time and address these “core” standards with your friends and neighbors and your local school board.  Implementing new “standards” FORCES budget allocations to fit those “achievement” expectations.  Absolutely none of this is ever vetted in public discourse.  It’s well past time we started to care about how we are managed.  In the schools we have a chance.

*The Errant commented on Arne Duncan’s use of the “yellow scare” in Iowa:  Tony Bennett and the Dark Night of Reform Ideology