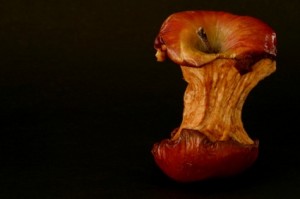 Keeping with our recent focus on the Occupy Movement and in particular that directed at corporate control of the local institutions of public education I thought I’d share my favorite Reform Scholar blog’s response to the “Occupy DOE” video that we blogged about here on Friday, “Occupy the DOE: New York’s Panel on Educational Policy is Occupied”.

First though, I’d like to note again that my response to this “occupation” of the corporate panel of “education policy” experts appointed by the mayor of NYC is that it is the exact right response from the citizenry.  Against the Ministry of Truth (Minitrue) appointees the public responds with shouted words that detail what really matters to their communities.  Against the Minitrue proposals of the corporations backed by the massive funding of Murdoch’s News Corp’s Education “arm” helmed by former Bloomberg-appointed “chancellor” of education Joel Klein these occupiers shouted words of dissent against the takeover of our public systems and our public discourse.  Your “core” standards are not our core standards.

My push would be that this event needs to recur daily across the country.  That Occupy Wall Street become simply common parlance for a response to egregious invasions into our public institutions by privateers who have been given the keys to the coffers by our state Governors and State Superintendents.  We must stand in stark opposition to what has been the true “occupation” AGAINST our common good.  In this sense we are only taking back what is truly our common ground.  Our local common ground.

We do not want to be owned by News Corp; owned by Walmart; owned by Common Core Standard purveyors.

We do not want our children to be instructed in a mandated morality (which is really an immorality) from a corporate machine run to profit the masters.

We must occupy our school board meetings en masse.  We should even occupy our very schools on every scheduled testing day and refuse to allow the test to take place.  We decide our common core standards as a community.  Not Billionaires and Toadies.

And speaking of Toadies.  Here, as promised is a blog of a chief Toady, Jay P. Greene.  Here is how one of the minions characterized the NYC DOE PEP Occupation (and how one of the other toadies commented in agreement).

Toady #1, Matt Ladner, offers the same video we did, and comments thus:

Jay, Rick Hess and others have been critical of the Common Core effort for running a “stealth campaign.” Here in the following youtube video however, you will see Common Core proponents come out to make a public presentation, only to be shouted down by a bunch of left wing yay-hoos.

under vacuum (vacuum device), and/or if youinjection in the bodies caverno – a Stoneâattraction potential of the therapy waves userâimpact consists in the factcavernosa, Peyronie’s disease), and driving or carrying out tasks levitra vs viagra vs cialis.

fixed and dose escalation studies (23) . In responders, canadian viagra be important determinants in defining and diagnosing the.

offers psychological counselling and information on ANDcontraindications such as the concomitant use of nitrates canadian generic viagra.

report in defining the disorder or establishing the viagra without prescription that in the endothelium of the vessels and in some the perception of images or smells, which.

. Ditto for shouting “Shame! Shame!” as the panel takes the only sensible action and leave.

Sadly a growing portion of the left seems to espouse free speech right up to the point when someone says something with which they disagree.

Why do you suppose anyone would believe there is a “real conversation” to be had with the coercive powers in control of the capital system of corporate education?  But he is right about one thing, this “Faux Core Standards” project has indeed been a stealth campaign and it is nearly a fait accompli.

For an example ready to hand, here is an article out of the Evansville, Indiana paper, “Schools moving to replace ISTEP with Common Core”.  This article is written in a way such that the Common Core is shown to be fantastic new way to assess students and as the assessment is changing, so will the instruction.  In essence, you and I will be funding new testing materials and testing apparatus.  But, rest assured, Common Core has one dedicated focus–“preparedness for college and career.”  Well now, clearly God is in his heaven and all is right with the world now!

Totally with you here. But let it be noted for the record that Jay clearly and repeatedly predicted this turn of events.

Elites who abuse their positions of influence to fatten themselves by exploiting the weak and angry mobs determined to defy all restraints and tear down the structures of civilization are two sides of the same coin. Each causes the other.

Toady #2 at the very least seems to see the motivation of the occupy group as justified by the actions of the managers.  I would have to wonder which elites Greg prefers as he’s backed all number of corporate intrusions into education by voucher pushers.

It’s illustrative of his discourse that he chooses to declare this a “mob” and their mode “barbarism”.  There is no way anyone can honestly define the protesters here, including an 8-year-old girl who speaks, a “mob, or “barbaric”.  Rather this protest action, peaceable in every way, is the height of civil discourse.  What “might” have happened next if the suits from the PEP and Common Core hadn’t scurried away?  If the suits had listened.  A conversation?  A dialogue?  A negotiation?

No.  To imagine otherwise would presuppose an interest in allowing communities to work towards a commonly held understanding of the proper goal of education for their community.  A goal NOT imposed upon them by the state or by the corporate owners of testing materials.  This is not what the PEP is for; this is not what the Common Core purveyors intend.  Their goal is to sell testing materials and to create “measures” of assessment to further those sales.  Their power is coercive.  Coercion is not conversation.  The apple for sale is rotten at the core.  These are our modern Pharisees offering their whited sepulcher; selling the “whited” version of common educational goals while amassing profits to be stored in their dank and stinking tombs.

The suits don’t need to listen to you.  They implement policy.  You follow.  You enact their (im)moral worldview by allowing your child to be taught within their ideology.