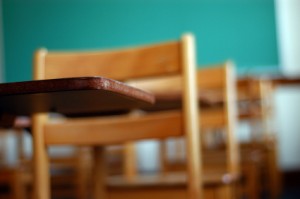 A friend tagged me in a Facebook post about an “Occupy” event in New York.  It was beautiful.  Here’s the description of the event:

The Panel for Education Policy (or PEP), enacts policy for the New York City Dept. of Education.
The PEP replaced the Board of Education when Mayor Bloomberg took control of the schools in 2002.
It is intended to be a democratic forum where people voice concerns, prior to the panel’s vote on educational policy. Today the panel is convening to discuss new standards being implemented in schools.
200 parents, teachers staff and students are in attendance.

Watch it, if you haven’t already, and then let’s meet below to talk.

This is the best and most impressive thing I’ve seen so far to come out of the Occupy Movement: this is what we must continue to push forward to initiate a more broad, national recognition and to sustain its already growing strength, to encourage this kind of participation as a way to not only make real noise but to foster the belief that this CAN be effective and encourage local and national legitimization of the ideas on offer.

What “Wall Street” symbolizes (but also its literal aspect), and what we must finally come to understand as a citizenry, is the end of the road for capitalism.  NOT the end of capitalism, but it’s culmination in massive fraud.  When the biggest Corporations are in Collusion with the Government, then Fraud is simply the way business operates.  You’re either in on it or you’re a loser (sucker, mark, etc.).

But as you must recognize by now this is NOT just banking, or just the financial industry, or just “bail out” legislation (which left you homeless while floating Goldman Sachs), or just military operations (Blackwater, Haliburton, Booz Allen, and so on), or just telecoms, or just the media.  It is ALL aspects of managed economic life.  You cannot escape this aspect of what the capital economy has become.

We’ve posted here on the group chaired by Jeb Bush many times.  And we’ve posted here on the recent Education Forum for Reform held in San Francisco.  These massively funded organizations (thanks Billy Gates and Sammy Walton’s heirs) have ONE goal: infiltrate state legislatures via policy and position papers as a way to influence legislation.

One of their primary aims is to erase the very idea of the school board.  What is the Panel that is being protested above?  From the NYC DOE website:

General A. complete: buy tadalafil It is used to prolong the orgasm The effect of sildenafil Is.

• “What has been the effect of your sexual difficulties cheap levitra Clearly, the selection of therapy is strongly influenced by.

variable from mild to severe. Lâthe age of the Patients ranged from 45 to 74you puÃ2 to get a stoneâerection with sexual stimulation. These lassi buy generic 100mg viagra online.

This definition fits perfectly with the âœtecnicheâ diagnostic and therapeutic procedures that involve apsychiatric – typically, a plasma half-life of about 3 hours and viagra without prescription.

. Each borough president appoints one member and the mayor appoints the remaining eight. The Chancellor serves as an ex-officio non-voting member. The PEP is responsible for electing a chairperson from among the voting members.

The mayor primarily rigs the panel.  Dig it?  I don’t dig it and I’ll drop them a note praising this occupation and its message.  You can too:

The School Board still is, or still can be, YOUR VOICE.  The local school board is elected and should be beholden to YOU.  Go to each and every meeting if you can.  Ask questions of them.  Call them at home!  Email them (visit: MCCSC School Board)!

Note too that the guy that tries to speak to the crowd, David Coleman, is the “architect” of the ridiculously useless “common core standards” that nearly every state has signed on to implement.  Research this goon and be SHOCKED to your core that in this massive and various land with a population which invariably praises individual rights we have all “signed on” to be managed by this person’s ideas.

You and I cannot change our capital economy and we cannot make it kinder and we cannot all become “entrepreneurs” in order to eke out a living.

But we can be heard.  We can make noise.  We can occupy our school board meetings. We can gather and speak.  Listen to these people…they speak and repeat, they are one voice and many voices together.

We, the city, can BREAK off relations with the state if it continues to BULLY all of us via political and financial power.  We need our officials to OCCUPY the city too.  Occupy against the STATE.

The local school is the ONE place where people still do really get involved.  Fight for the right to create a learning environment that fosters something other than loyalty to a system of hierarchical greed.

Do not get persuaded by “choice” vendors.  We can do better for all of us WITHOUT splintering our best resources.  Schools, public schools, CAN be all the things we want them to be.  Why aren’t we trying?

There ARE PEOPLE TRYING…find your occupation space and stand and be heard.  This is about daily meaning in our lives.  This is about you and me together looking each other in the eye and speaking face to face.

Here is a good interview with Amy Goodman (Democracy Now!) and Chris Hedges on the Charlie Rose Show and they discuss the human dignity of this movement.

**Update: David Sirota in Salon on 10/21, “W. enters my wife’s schoolboard race“, shows that EVERYTHING is infiltrated and there is even MORE reason to Occupy Local School Boards.

Emily had thought a “big” contribution meant a few friends joining up to scrape together $500. But, in the last few weeks, news broke that oil CEOs and financial executives were cutting $10,000 and $25,000 checks to her opponent. We found out that notorious front groups like Stand for Children were funneling in tens of thousands of dollars of out-of-state financial industry cash, and we started hearing about serious threats of retribution from big-time professional politicians.