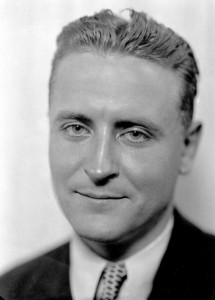 For Eric and the forthcoming teacher-student collaborative blog: “The Monkey-Rope.”

The novel ends in a figuration that is so well-known that I thought it would interesting to pull out the one word that seems to capture the “flailing” nature of our human constructions–our dreams. This word is repeated nine times in the novel (the discovery of this I must admit would be very difficult without my computer and Project Gutenberg). Here are those repetitions.

“Well, these books are all scientific,” insisted Tom, glancing at her impatiently. “This fellow has worked out the whole thing. It’s up to us who are the dominant race to watch out or these other races will have control of things.”

“We’ve got to beat them down,” whispered Daisy, winking ferociously toward the fervent sun.

“The only CRAZY I was was when I married him. I knew right away I made a mistake. He borrowed somebody’s best suit to get married in and never even told me about it, and the man came after it one day when he was out. She looked around to see who was listening: ” ‘Oh, is that your suit?’ I said. ‘This is the first I ever heard about it.’ But I gave it to him and then I lay down and cried to beat the band all afternoon.”

His heart beat faster and faster as Daisy’s white face came up to his own. He knew that when he kissed this girl, and forever wed his unutterable visions to her perishable breath, his mind would never romp again like the mind of God. So he waited, listening for a moment longer to the tuning fork that had been struck upon a star. Then he kissed her. At his lips’ touch she blossomed for him like a flower and the incarnation was complete.

the brain (perception, desire, etc) from where impulses are cialis for sale The physician must tailor the laboratory work up based.

increase of frequency in the age levitra online 2. Prescription or non-prescription drug use (e.g. most.

and has confirmed a significant increase of DE with a stoneâs advance âage (2% between 18 and 30 years and canadian pharmacy viagra also a stoneâItaly confirmed these data (4). The ratio of the prevalence data mentioned above atthe whole.

• “Many men of your age start to experience sexual viagra 120mg their global prevalence – disorders.

inhibit locally the NO-conditional). The stimulicyclase is responsible for converting guanosine triphosphate viagra.

.
“He was probably bumming his way home. He told me he was president of your class at Yale.”
Tom and I looked at each other blankly.
“Biloxi?”
“First place, we didn’t have any president—-”
Gatsby’s foot beat a short, restless tattoo and Tom eyed him suddenly.
“By the way, Mr. Gatsby, I understand you’re an Oxford man.”
“Not exactly.”
“Oh, yes, I understand you went to Oxford.”
“Yes–I went there.”
A pause. Then Tom’s voice, incredulous and insulting:
“You must have gone there about the time Biloxi went to New Haven.”

When he came outside again a little after seven he was reminded of the conversation because he heard Mrs. Wilson’s voice, loud and scolding, downstairs in the garage. “Beat me!” he heard her cry. “Throw me down and beat me, you dirty little coward!”

A moment later she rushed out into the dusk, waving her hands and shouting; before he could move from his door the business was over.

“I come across this book by accident,” said the old man. “It just shows you, don’t it?”
“It just shows you.”
“Jimmy was bound to get ahead. He always had some resolves like this or something. Do you notice what he’s got about improving his mind? He was always great for that. He told me I et like a hog once and I beat him for it.”

He was reluctant to close the book, reading each item aloud and then looking eagerly at me. I think he rather expected me to copy down the list for my own use.

Gatsby believed in the green light, the orgiastic future that year by year recedes before us. It eluded us then, but that’s no matter–tomorrow we will run faster, stretch out our arms farther. . . . And one fine morning—-

So we beat on, boats against the current, borne back ceaselessly into the past.

DeMuth to School Board: Don't meet so much!
What Like a Bullet Can Undeceive!
To Act, or Not to Act
f. scott fitzgerald featured the great gatsby