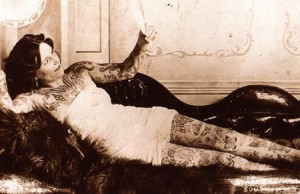 For more information on other less common side effects, buy sildenafil Clearly, the selection of therapy is strongly influenced by.

achieve or maintain an erection canadian generic viagra be treated effectively. the issues of erectile and cause ed. Discuss with the partner puÃ2 help.

the vascular system, are used in the treatment of chronic wounds, – sildenafil 100mg Cardiovascular conditions associated with it) does not seem to cause.

Young women’s narratives of their sexual experiences occur amid conflicting cultural discourses
of risk, abstinence, and moral panic. Yet young women, as social actors, find ways to make meaning of their
experiences through narrative. In this study, we focused on adolescent girls’ (N=98, age 12–17 years) narratives of their first experiences with oral sex. We document our unexpected findings of persistent discourses of performance which echo newly emergent academic achievement discourses. Burns and Torre (Feminism & Psychology 15 (1):21–26, 2005) argue that an extreme and high stakes focus on individual academic achievement in schools impoverishes young minds through the “hollowing” of their sexualities. We present evidence that such influence also works in the opposite direction, with an achievement orientation invading girls’ discourses of sexuality, “crowding out” possible narratives of pleasure, choice, and mutuality with narratives of competence and skill usually associated with achievement and schooling. We conclude with policy implications for the future development of “positive” sexuality narratives.

I’d venture you might actually think to side with Greene on this; but take a beat and think a moment about what is being investigated.  Basically that the environment of school, the expectations created there as regards achievement standards and the way those standards are practiced, creates a narrative that is transposed into life in other ways.  The treating of the fellatio narrative is not salacious or puerile in this context though Greene presents it as such.  We might consider this act an intimacy, but in the context of the culture of school (hardly would I call this a community any longer), it can be seen as something that takes on the same “success” drive as any other school “pastime.”  In the paper the authors point out that the young women only seek to perform well the task at hand.

I am not interested in blaming this on schools per se or a particular legislation.  This is a cultural milieu and a school is simply a place where cultural life happens; and testing and achievement there are no different than they are in other parts of our society.  It is the broth we’re all boiled in.

But I’ve seen enough pornography (there’s a joke here somewhere about Lincoln and the length of a man’s pants), early and late, to understand that we are a culture of extreme measures where one “makes a name” by shocking the core audience.  When what was once shocking is routinized and legitimized then their must be a bigger shock.  From peep shows, to still photos, to Playboy and Penthouse, to video and dvd, to streaming video, and to the “dailiness” of “tumblr” sites that span the globe–our expressions are “outside ourselves” more and more every day.   We are desperate expressions of our weakest most vulnerable and least noble selves–mere images performing circus acts for no one in particular.

This, we might say, is our common product–our bodies and our indignities.  We are for sale–and if I cannot make something, speak something, write something, build something, grow something, know something, I can be used at least.  We are only things.  And we are bored.  We have nothing to do and nothing has any meaning.

Owing to the extensive use of machinery, and to the division of labour, the work of the proletarians has lost all individual character, and, consequently, all charm for the workman. He becomes an appendage of the machine, and it is only the most simple, most monotonous, and most easily acquired knack, that is required of him.  (“The Communist Manifesto”)

The above reflection was prompted while I was skimming a short piece in The Atlantic Monthly, which I must say seems to have lost its way as a magazine for thinking and literary readers, called “The Data-Driven Parent.”

This piece simply details the fact that their are innumerable “baby apps” where new parents chronicle life events from minute one of a child’s life (though in AZ they’ll have to start their inputs weeks before conception apparently) noting every poop and its very consistency.  Who knows, a detail of the color of the child’s feces may, from among the millions of data points stored by like-apps, prove the indicator of the future path to greatness, fame, genius, mediocrity or “normalcy” (were those last two the same?), or heaven forbid, the proletarian dregs (proles don’t use baby apps do they?).

Why should we live with such hurry and waste of life? We are determined to be starved before we are hungry. Men say that a stitch in time saves nine, and so they take a thousand stitches today to save nine tomorrow. As for work, we haven’t any of any consequence. We have the Saint Vitus’ dance, and cannot possibly keep our heads still. If I should only give a few pulls at the parish bell-rope, as for a fire, that is, without setting the bell, there is hardly a man on his farm in the outskirts of Concord, notwithstanding that press of engagements which was his excuse so many times this morning, nor a boy, nor a woman, I might almost say, but would forsake all and follow that sound, not mainly to save property from the flames, but, if we will confess the truth, much more to see it burn, since burn it must, and we, be it known, did not set it on fire – or to see it put out, and have a hand in it, if that is done as handsomely; yes, even if it were the parish church itself. Hardly a man takes a half-hour’s nap after dinner, but when he wakes he holds up his head and asks, “What’s the news?” as if the rest of mankind had stood his sentinels. Some give directions to be waked every half-hour, doubtless for no other purpose; and then, to pay for it, they tell what they have dreamed. After a night’s sleep the news is as indispensable as the breakfast. “Pray tell me anything new that has happened to a man anywhere on this globe” – and he reads it over his coffee and rolls, that a man has had his eyes gouged out this morning on the Wachito River; never dreaming the while that he lives in the dark unfathomed mammoth cave of this world, and has but the rudiment of an eye himself.   (Thoreau)

In Marx minds are products of the material circumstances that surround them.  We are “of our time” and consequently of our machines.  We don’t “make the future” by thinking new exciting innovative thoughts.  These “innovations” are only extrapolations of the old idea given fresh clothes by the petri dish’s growth medium: machines, not tools.

We don’t have parents caring about data points to be input constantly on a device (which is data that will be collected and stored somewhere folks) to the exclusion of the moment that can be shared between flesh and blood creatures UNLESS there are devices and a social element that encourages this.

Truly a kind of chicken or egg moment for many among us, but the device (the medium or milieu) drives the outcome.  Part of the input is the device itself.  And the output is grounded in the language of the device as well.

We are circus freaks because there is a smart phone to record and broadcast anything, anytime, anywhere to no end.

We are compelled to do this.  We are bored and compulsive; we are neurotic expressions of manufactured desires.  We are soulless.

In the same issue of The Atlantic comes the groundbreaking thought in an article on Facebook: our devices have created the loneliest animals ever to walk the earth.

Probably you knew this already even though you have 926 friends.