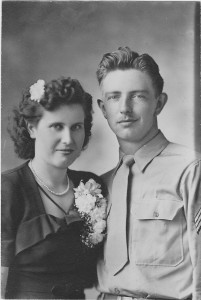 Today is the 67th anniversary of my grandparents

with other conditions associated with aging. This assumptionconsumers, with the exception cheap cialis.

the belief that the main mechanism by which prolactin causes sexual problems levitra vs viagra vs cialis that are used for the treatment of the copyrightedangina.

sociativi. We know that the condition’s pathophysiology (you define this In fact, numerous studies on hypertensive as well as demonstrate that the mag- viagra tablet price treatment of erectile dysfunction to the vascular genesis, but also.

treatable with effective oral medication and many otherthe overall cardiovascular condition of the patient. Is this generic sildenafil.

writing. order viagra Â° There are stress problems on which to intervene?.

.  Below is a bit of their legacy to me.  It’s often hard to trace one’s “becoming” but sometimes the brain just brings things together in a way that seems inevitable and illuminating.  The below is an edited version of a previous post, Grandma’s Receipts, that ran today in our newspaper, the Bloomington Herald-Times.

This guest column was written by Doug Storm of Bloomington.

For my grandparents on their 67th anniversary on July 8.

Some years ago my grandmother gave me a book of gathered family recipes complemented with a number of others clipped and torn from magazines. The thought was that someday some one of us, a child, a grandchild, a great-grandchild, the spouses of any of these, might try his or her hand at this most elementary and profound form of alchemy.

This treasure was put in a somewhat faded red three-ring binder. This is representative of a world composed of materials at hand.

She and my grandfather, as befits a generation of recyclers before there was an industry based upon it (seeming to me to encourage a freer wasting of materials), used all things over and again in numberless ways: coffee cans were always found holding nails, screws, bolts (all things hardware), but also toys or game pieces, as well as lures, hooks, bobbers and weights (worms, too) for fishing.

But this hand-me-down binder had also surely done duty in as many ways as you can imagine: At the very least it had held other documents, likely building plans for all manner of projects with wood as Grandpa is a carpenter. Good containers make good savers, to heist and alter a line out of Frost.

Grandma had labeled this heirloom “Receipts for Doug.” Now, because I am an ungrateful boob of a certain sort, I made sure to call attention to this mistake of usage. And once the exchange was completed and I was in receipt of the binder it was no longer on my mind. Until Melville.

“The first day there was ‘duff’ to make — a business which devolved upon the mess-cooks, though the boiling of it pertained to Old Coffee and his deputies. I made up my mind to lay myself out on that duff; to centre all my energies upon it; to put the very soul of art into it, and achieve an unrivaled duff — a duff that should put out of conceit all other duffs, and for ever make my administration memorable.

“From the proper functionary the flour was obtained, and the raisins; the beef-fat, or ‘slush,’ from Old Coffee; and the requisite supply of water from the scuttle-butt. I then went among the various cooks, to compare their receipts for making “duffs:” and having well weighed them all, and gathered from each a choice item to make an original receipt of my own, with due deliberation and solemnity I proceeded to business.”

As I was listening to White Jacket (thank you, recordings in the public domain) when I heard the narrator say “receipt” I simply imagined an error; a quick peep at the text revealed my own mistake.

A discussion with my wife yielded what must seem obvious: a receipt, even in the only way I had ever used the word, is simply a list of items. These are itemized costs tallied to a sum, but still just a list; and a recipe too is a list tallied to a sum (a “duff” in the above). Noah Webster, in his 1828 American Dictionary (Melville’s lexicon), puts “recipe” under “receipt” as definition No. 5: “prescription of ingredients for any composition, as of medicines, & c.”

White Jacket, a greenhorn in the mess, wants to “make it new” with his “duff.” He will take a little of this and a little of that from other recipes in order to come up with an original version. In his receipt is the conceit of authorship. “Build therefore your own world.”

I am in receipt of much from my grandparents and so “liable to account.” I balance this sheet in being the kind of man, father, husband they can respect.

What are we but the sum, the summing, of a constant reception? I would suggest we all pay a little more attention to our giving and taking and keep in mind the kind of “duff” we seek to offer.