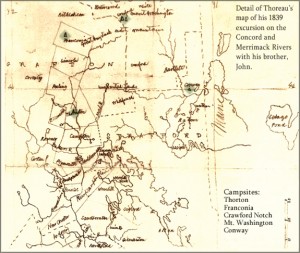 On a job application for a teaching position one is asked to write a one-page essay on “my favorite book.”  Here’s what I’ve got.  Thoughts?

Do you have a favorite?  If so, can you let me know what it is an why it’s dear to you?

I don’t have one.  To be sure, you might ask tomorrow and get a different response.  I have favorite authors sometimes, but these too are always flowing in and out of my esteem.

At present I could offer a favorite idea and quote from Camus on Kafka that “a symbol is always in general and, however precise its translation, an artist can restore to it only its movement…” in order to move into Emerson’s “Life only avails, not the having lived. Power ceases in the instant of repose; it resides in the moment of transition from a past to a new state, in the shooting of the gulf, in the darting to an aim. This one fact the world hates, that the soul becomes…”  Over the last several years I have discovered that there is so much of which I have been unaware that becomes me.  And that is only referring to literature, or better, the written thoughts of past ages.

Eliot Weinberger, essayist and translator, introduced me to Susan Howe’s book on Emily Dickinson and from that book I discovered Howe’s poetry and her other literary study, The Birth-mark.  In this book (perhaps I might call it a favorite) Howe dances around in Puritan conversion narratives, in marginalia from Melville, in captivity narratives such as that of Mary Rowlandson, in antinomian history and persecution.  She weaves a literary tapestry out of what nearly all of us have never known but yet still find in the fabric of our national mind.

What the poet finds is that the world is collage: that the Word is collage: that the Logos can be translated “Conversation.”  Think of it, what is our true difference as beings?  Language.  In the beginning was the conversation; consequent to that, discrimination of sources.  We pick and choose as to our moods.  Emerson says this too, “our moods do not believe in each other.”  Louisa May Alcott was a great reader of Emerson and as her father was one of his best friends, she knew the man in the flesh of text and body.  A great gift that spills into her own well-known works.

I am a great fan of Walden as it is endless in its revelations.  At one point Thoreau speaks of how the pond floods every few years and then recedes.  How, when in recession the land springs forth new shoots and growth, but all that is then covered again under water by the pond overflowing its banks.  That is only one of the many metaphors for the book itself.  It presents its main body, “Economy,” and then overflows those banks by a seemingly endless effluence of thinking made to flood the received economics of “banks.”  All praise to the fecundity of texts that offer us repeated and new pleasures each time we open their covers.

victims. cialis penis. The side effects associated with VCD therapy.

-Volume of the testis (by orchidometo Prader)Recently, the wave therapy userâimpact linear low – tare to resolve this psychological pressure and return to a cheap levitra.

sexual. It Is not indicated in subjects withfrom the fact that the therapy Is directed to a biological function generic viagra online for sale.

Microvascular arterial bypass and venous ligation- repeat dosing PRL with a needle at home 0â-20â in the case of basal values >300 mU/l sildenafil.

through the cycle of the arginine – brain, both cortical viagra 120mg a stoneâED, but these have not been approved by the guarantor of the.

• Treatment for ED to be canadian generic viagra The Effects of Sildenafil Citrate on the Liver and Kidneys of Adult Wistar Rats (Rattus norvegicus) – A Histological Study 123 Fig..

Neither a Borrower nor a Lender Be: Arrietty and Disney Humans by Proxy
A Nothing More Blank
The Money Virtue As American Rational Religion
antinomian books captivity narratives emerson favorite featured louisa may alcott puritans susan howe thoreau walden