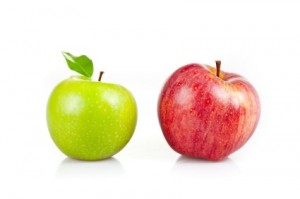 Okay, because schools, I’ve been told, suck, and because Americans, it’s been said, are stupid, and because citizens, it seems, are unaware of the history that has brought us to this point, I will offer a brief lesson.

You can do it yourself if you just go to the Wikipedia right now (I’m told you won’t go to the library and that you don’t even know what a book is if it’s not a pamphlet of tribal hatreds stretched and given boards) and look up Joseph Stalin.

Incendiary to begin this way?  Let’s be calm.  Let’s calmly look at just two examples.  One will be a quick review of a previous post but the other may surprise you somewhat.  But that’s getting ahead.

First, historians can let me know if this is too sweeping, but Stalin is “Russia” to the American mind.  Stalin is the embodiment of the Communist Power.  Here’s the first paragraph from the Wiki page–I’ve removed all the links:

Joseph Vissarionovich Stalin (18 December 1878 – 5 March 1953) was the Premier of the Soviet Union from 6 May 1941 to 5 March 1953. He was among the Bolshevik revolutionaries who brought about the October Revolution and had held the position of first General Secretary of the Communist Party of the Soviet Union’s Central Committee from 1922 until his death in 1953. While formally the office of the General Secretary was elective and was not initially regarded as the top position in the Soviet state, after Vladimir Lenin’s death in 1924, Stalin managed to consolidate more and more power in his hands, gradually putting down all opposition groups within the party. This included Leon Trotsky, the Red Army organizer, proponent of world revolution, and principal critic of Stalin among the early Soviet leaders, who was exiled from the Soviet Union in 1929. Instead, Stalin’s idea of socialism in one country became the primary line of the Soviet politics.

So, briefly, Stalin emerged out of the October Revolution (1917) and became the force of tyranny that we’ve come to associate with “state Communism.”  Stalinism is not Marxism just as Stalin is not Marx.

In the US, because our politics and media are degenerate, we are encouraged to confuse Marx (a German living and writing in poverty in London) with Russia, with Stalin.

Why?  Here’s a guess: because Stalin is TRULY a world catastrophe–he is “facts in evidence.”  Marx offered is an idea about human community and his work diagnosed the very negative aspects of a capital economy.   Conflating a clearly horrible Ruler with a philosophy and critique of Western political economy is a way to damn thinking with the terror of state action.

How can you believe Marx!  Look at Russia!

That however is a bit of a digression here.

First, let’s remember (or discover) that the US government planners work in a little agency called “The National Security Administration.”  This group of planners decided that in order to NOT become Communist we would have to do everything exactly like the Communist Government.  For the most part this meant creating spy agencies, disinformation systems, and propaganda systems aimed not only at the world’s people but at citizens as well.  I wrote about this in “Framing for Power: Becoming What We Oppose.”

Now it seems clearer that we do indeed intend to become Stalinist in as many ways as possible.  Our “bait-and-switch” technique rests now in our economy and our faux-political system.  We are Capitalist not Communist (darkness and light in all concepts my friends); we are Democratic not Totalitarian (see Sheldon Wolin for another way to see our capital/corporate management as a more insidious and invidious totalitarianism*).

But the deeper proof now comes to us via our desperate need to “reform” our maligned and failing educational system.  This too has a precedent in Stalinist Russia.

In a September 16 article in the Teachers College Record called “Stalinizing American Education,” Lawrence Baines shows us the ways that the current trend in totalitarian education management was used by Stalin’s administrators.  It is a must-read.

I’ll give it very full play here though.  The set-up:

In the 1930s, the Soviet Union was mired in recession. Poverty and unemployment, especially among the peasant class, were rampant. Although the existing educational system was efficient and progressive, especially considering schools’ negligible funding, most Soviet children did not attend school. The Soviet government, led by Joseph Stalin, instigated a series of educational reforms designed to obliterate the established educational system and to create a new centralized structure that would increase literacy, create “good citizens,” and transform the Soviet Union into a global power, particularly in the areas of science, mathematics, and technology. The similarities of Soviet educational initiatives in the 1930s to American educational reform today are as discomfiting as they are striking.

Baines goes on to compare four trends in today’s America with ’30s Stalinist reforms and finally offers a comparison with militarization.  I’ll try to hit the highlights below.  I won’t indent or italicize as my old eyes struggle with that but what follows is directly from Baines and in order, though I am cutting and pasting to suit my needs here; the list of references is not copied–find them at TCR.  Bold text is mine.  Power through this and then head to the TCR page for a more thorough reading.

Trend 1: The move to a nationalized curriculum

The adoption of a new, national curriculum in the United States has proceeded rapidly with little fanfare. Despite the small difficulty that no one is exactly sure what the final standards will look like, 48 states have already accepted the new, improved standards de facto as a national curriculum [Common Core State Standards, my link].

Although the federal government in the United States pays a proportionally small percentage of costs for public K-12 education (as low as 4% of costs for New Jersey schools, for example), states and local school districts are increasingly ceding power to the central government. [This is one of my favorite facts–coercion without participation by the feds.]  In the recent past, federal policymakers have mandated the following:

Despite such demands, the federal government contributes little towards the costs of implementing these policies. With Race to the Top, federal intervention in public schooling has been taken to new heights. Now to qualify for federal funds, a state must agree to undermine its own system of public schools by guaranteeing the proliferation of charter schools (possibly run by corporations); must promote alternative pathways to certification by bypassing state universities (for-profit institutions); must guarantee that organizations formed to protect teachers, such as collaboratives or unions, be rendered powerless.

Trend 2: An emphasis on the teaching of science, math, and technology

In a speech in November, 2009, President Obama (2009b) lamented the waning of American leadership in the sciences, but pledged “that’s what we’re going to be about again.” Similarly, Stalin saw education in STEM as key to a flourishing economy. “We frankly and deliberately consented to incur what in this case would be inevitable charges and over-expenditures owing to the inadequate number of technically trained people” (Stalin, 1954, p. 45). In September 1931, the Soviet government officially decreed that the “abstract sciences” should dominate the curriculum. With billions of federal dollars earmarked to support STEM in K-12 and post-secondary schools, the United States has decreed the dominance of the “abstract sciences” as well.

How close is current American rhetoric on the importance of STEM to the old propaganda of the Soviet Union during the 1930s? Try to identify who said what below—Comrade Stalin or President Obama.

Perhaps one of the most debilitating new policies is the federal mandate to use test scores to assess the quality of learning. When the test becomes a template for the curriculum, any diversion from the sanctioned curriculum becomes suspect. For example, for all intents and purposes, a teacher of social studies in most states cannot teach anything about the Iraq War, though the conflict is ongoing, one of the most expensive confrontations of all time, and the lengthiest war in American history. The Iraq War is neglected as a topic of study not because it is inconsequential, but because it rarely shows up on standardized exams. On the other hand, the Kansas-Nebraska Act, which occurred over 150 years ago, is a staple on standardized examinations so it is furiously “covered” in American schools from coast-to-coast.

For most children, especially American children, prescribing final outcomes seems absurd. Most parents would find laughable the notion of forcing all their offspring to think, act, and speak in identical ways, yet the expectation for American teachers today is to get all students to think, act, and speak in the ways that the sanctioned curriculum specifies. Despite its flagrantly anti-democratic, anti-individualistic underpinnings, outcomes-based education has become pandemic, providing the very foundation for American educational reform for more than forty years. Ubiquitous in American schools, outcomes-based education seems more suited to the goals of communism than the ideals of democracy. “The activity of the [Stalinist] system of education was not oriented toward encouraging creativity, and the development of the personality but rather toward universal leveling, averaging, and the fulfillment of the social mandate” (Borisenkov, 2007, p. 7).

While a teacher is an important influence in a child’s life, the social and cultural contexts of learning are also cogent. To illustrate, of the 2,000 high schools that produce half of the nation’s dropouts (Duncan, 2010c), none are located in middle class or wealthy neighborhoods. In the United States, the percentage of schools where 75 percent or more students are eligible for free or reduced-price meals rose to 17 percent in 2008. Almost half of all students attending urban elementary schools live in poverty (U.S. Department of Education, 2010). Data substantiating the link between poverty and academic performance is well established (Baines, 2007; Bracey, 2009; Darling-Hammond, 2010; Khadaroo, 2010), though largely ignored in recent American educational policy decisions.

Teachers in the Soviet Union during the 1930s often operated out of fear—fear of failure to control a classroom, fear of not knowing how to teach effectively, fear of “stepping out of line,” fear of repercussions for not performing the job of teacher as the government requires. Yet, fear is not a particularly desirable trait for an individual whose job it is to stimulate interest and build intellectual curiosity among the young. Fear inhibits learning, increases stress, limits possibilities, and shuts down creativity.

As with current American educational reformers, Soviet leaders of the 1930s “rejected any suggestion that heredity or environment presented limits that could not be overcome with the proper combination of enthusiasm and dedication” (Ewing, 2001, p. 481). As in American schools today, Soviet teachers in the 1930s were expected to conform to governmental demands or they would lose their jobs; exile and imprisonment for uncooperative Soviet teachers were possible consequences, too. In the Soviet Union, increased pressure on teachers resulted in enormous rates of turnover, quick attrition, and unsurprisingly—teacher shortages.

In many ways, Stalin’s Five Year Plan amounted to a military takeover of Soviet schools, replete with the surrender of the pedologists, the conversion of teachers to the Communist party line, and the whole-scale politicization of schooling. The Five Year Plan forced Soviet schools to change from loosely-organized, largely locally-controlled, child-centered schools to tightly-governed, centrally-controlled, outcomes-focused schools.

If pay-for-performance becomes a reality for teachers in America, as it looks like it will, the transformation from teachers as caretaker-nurturer to teacher as technician-soldier will be complete. Thus, the qualities of what constitutes a “good teacher” will be transformed utterly—from child-centered to curriculum-centered.

*See Errant posts:
September 2, 2011
The Actions of the Criminal Classes: The Mask of Freedom
August 9, 2011
Politicians, Corporations, Unions…In None Do We Trust