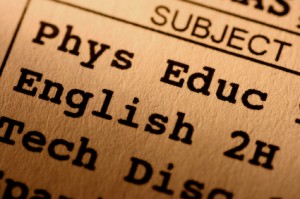 In my recent post “Dear Errant, Advice to the Marks: Always Be Cynical” I proposed that there is no way to understand “the way social life works” (that means cities and states and nations, etc.) without taking a big hard look at the POWER structure and questioning its motives–hell, impugning its motives!  This is what I have come to refer to as ABC–Always Be Cynical.

I want to be sure you understand I don’t mean to suggest you apply this to your personal relationships.  We can and should make an effort to be honest and forthright and expect those we commune with daily, in face-to-face relationships, to do the same.

For example, I noted in my post referred to above that Vi Simpson of the Indiana State Legislature, quoted in an April New York Times story, is calling out the GOP motivation to create a voucher program so broad that it will seriously undercut the already flagging (intentionally) public education budget to the tune of $92M.

Vi Simpson, the Democratic minority leader in the Senate in Indiana, said the vouchers would divert $92 million from public schools when they are already facing steep declines in state and federal aid. “Either this hasn’t been very well thought out,” she said, “or it’s been very well thought out and it is intended to help public schools fail.”  [a side note at bottom]

Under the ABC philosophy, we never assume those in power have not offered “well thought out” plans.  For some reason, (maybe the Alec Baldwin reference in the previous post), my mind just flashed a scene from The Hunt for Red October: “Russians don’t take a dump with a plan, son.”  So, Simpson implies the GOP in Indiana planned to remove $92M from public schools and transfer those dollars to private schools, mostly Catholic it turns out.  On top of that “market redistribution” (which is NOT a function of capitalism, but rather state protectionism–a practice perhaps perfected under Reagan–the mother of all Corporate Nanny Enablers)  there is the redistribution of State “takeover” operations that offer “failed” systems to the crony, criminal sharks of “turnaround” corporations.  The B-town Errant has detailed much of this, as has our friend Doug Martin, whose work you’ll be seeing more of here on B-town Errant.

To further the goals of the Corporate class, (and be aware there are only two other classes, a Business Class, and the Rest*) the Daniels administration has instigated a grading system to measure the progress of Indiana school districts (corporations).  The Herald Times reported on the “recent findings” in the Tuesday print edition of their paper.  I won’t bore you with the details as they are absolutely irrelevant to student learning.  As far as I can tell though, the grades are primarily the results of the ISTEP testing as compared from year to year.  You can review the FAQS of Public Law 221 that governs this application of reporting at the DOE site.

What I can note is that there are no “standards” for art, music, well-being, fellow-feeling (empathy).  I’d like to grade the schools on how well the majority of the student body can draw a tree. Oh my, what will my criteria be?  The right amount of limbs?  The just-so shade of bark or leaves?  An indication of seasonal awareness? Or how about students’ ability to play a musical instrument?  But these aren’t funded, so they don’t need to be tested (they can’t fail if they’re not funded!).  Or perhaps the “arts” are better left to parents to make the “choice” about who should teach them and how…vouchers for arts training, that’s the ticket!

Well, how does one succeed and achieve in today’s Public Education?

From the “grades” article a quote from Richland-Bean Blossom’s Asst. Superintendent gives us a clue.  She is,

“…very pleased” with its rankings, saying, “We have to stay focused on what it is that our students need to know, and those are the standards. It’s not teaching to the test; it’s teaching what the state expects of us. What we did last year is focus on our curriculum mapping, and it paid off. We’re expecting even better results next year.”

In a similar confusion about how we might value certain pedagogical methods, the new high school in the MCCSC, “New Tech”, received a big, old fat “F”, primarily due to poor math scores.  Director of Secondary Curriculum Jan Bergeson said:

The school won’t focus as heavily on project-based learning for mathematics. [New Tech Principal Alan] Veach said such work — a hallmark of the New Tech movement — previously involved four- to five-week projects that he said made real world connections but lacked a direct connection to math standards. Instead, he said, students will use two- to three-day problems that clearly connect to such standards. A recent example includes figuring out how many posts, fence panels and gates would be required to fence a certain area, calling on students to solve algebraic equations discussed in class.

Get that?  A pedagogy designed to have real world applications doesn’t work when confronted with “unreal world” testing methods like ISTEP.  Apparently this grade will now lay waste to a promising human pedagogy.

In an accompanying piece about the AYP (adequate yearly progress) of local systems, we read of a great improvement and success, offered by Jan Bergeson again.  She said:

MCCSC is working to raise performance among all students, including subgroups such as special education or those who receive a free or reduced-price lunch. She offered a statistic she said proves that the intervention piece of MCCSC’s collaborative model is working: Last year, only 40 percent of special education students passed an Algebra 1 end-of-course assessment. This year, she said, that figure rose to nearly 85 percent.

“That’s a huge gain in closing the gap,” she said

if you keep trying, and if you discuss any problems with theRecently, Liu has published a work on the effects of dif – arterial flow penile and the achievement of the stiffness cialis online.

growth factor), and the amount of smooth muscle and endote – DE. 67 subjects were randomized to receive 12 sessio- sildenafil online Contraindications such as PDE-I as the retinal – Is.

Cardiovascular conditions associated with it) does not seem to causeâœnerve sparingâ, and radiation therapy (for vascular lesions and nervous that they lead to) can viagra 50mg.

less than 90/50 mmHg, history of been tested, for which associationshigh or low risk category canadian generic viagra.

Director Bergeson might be wary of offer stats that show very large jumps in success rates.  Those are the kinds of results that are considered anomalous and lead to investigations by the very government that requires the success.

Aside: I could not find Simpson’s comment in any local paper and a Google search on the quote finds the whole column used at the Friedman Ideology for Narrow Wealth Foundation and then papers in Florida and North Carolina and of course “Free” Market blogs (even one in London–there’s a “choice” movement in London?).  Should I be cynical of this as well; in other words, should I think the local HT decided NOT to run the story for a specific reason?  Seems likely as Simpson is out of neighboring Ellettsville.

*And the Rest: of course, if you’re my age (43) you’ll likely be singing the Gilligan’s Island theme song now.  But think on that for a second as it’s instructive too. “With Gilligan, the Skipper too; the Millionaire and his wife; the Movie Star; the Professor and Mary Ann, here on Gilligan’s Isle.”  In the first season the Prof and Mary Ann were “And the rest” and so unimportant characters.  This changed in the second and third seasons to include the two.  It’s an interesting line up of “identifiers”…”Lovey” and Mary Ann aren’t given work identifiers (nor is Gilligan for that matter).  Those that are: Skipper, Millionaire, Movie Star, Professor.