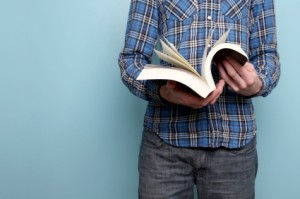 This is a “local” post, but don’t dismiss it–think how it might apply to the schools in your community.

What follows is, in full, an article from today’s Herald Times intended to “color in” some new education policy details and effects in the Monroe County Community School Corporation (MCCSC).  It is a sunny report titled, “After-school program gives Bloomington North students extra time, help with assignments”.  Sunny, with no sunshine, no lemons…no elements that might help us really see what we’re being asked to look at, or help us determine how we might need to become more active in this situation and program.

But like the media reports coming out of Occupy Wall Street, the choice of perspective is the reporter’s, or the news organization’s.  An egregious example of this method was highlighted by Glenn Greenwald recently (“Andrew Ross Sorkin’s assignment editor“) as he pilloried the NYT’s Andrew Sorkin for writing about the protests at the behest of a worried bank executive (not because he was assigned by the paper) and then for choosing his protesters to fit his narrative, right down to the descriptions of what folks are wearing (h/t The Daily Howler, “Where the Wild Things Are“).

Now, I’m not saying the HT reporter Bethany Nolan is in the pocket of our local school corporation or that the HT favors the school’s policies in its reporting (regardless of the very occasional Op-Ed that speaks in opposition to particulars); probably, all I’m suggesting is that these pieces are written to fill in a particular frame or existing angle of vision and they are rarely (ever?) critically  “interrogative” in their perspective.  Anyway, probably always better to be suspicious of rose bushes…thorns, you know.  (ABC…)

But thanks to a new “extended day” program that provides after-school help for students, Brock said she’s now carrying a B in algebra II.

Nolan starts us with a smile; this is good news–educational success.  I’m on board…kind of.  The rather simple construction here creates a kind of chain promoting the idea of cause and effect that takes us from an improved letter grade back to it’s “source”–the “extended day” program.  But that isn’t really the case is it?  The likely source of improvement is one-on-one instruction.  But let’s soldier on.  (As a side note: ever wonder about the figuration “carrying” a grade?)

“As soon as I show my grandma this report card, she’s going to be so happy,” she said, taking a break from her homework to chat with a visitor. “It’s great. This stuff is actually staying in my head.”

More happy here and Nolan puts herself in the story here–it even seems like you can see her smile a bit (if one can hear smiles in a newspaper piece).  But the issue is Why is “this stuff” staying in the girl’s head?

North principal Jeff Henderson said the time is intended to serve as an additional support for students who need help, as well as a place to do homework while waiting for an after-school activity to begin — football practice, for example, or band.

Now, this is more interesting.  “Extended Day” is a “transitional” space in many ways.  It allows your kids to stay on the premises and wait (or do homework) for their next school responsibility: the ones that matter in the community and “round out” our little citizens, extra-curricular programs.  It is true that in society that often requires that parents/guardians work full time our children are “left” to the schools.  I am not suggesting that this aspect of extended school is a “bad one” given that environment.  Just that it speaks to the further degradation of our family bonds.

Students can be assigned to attend if they miss too many assignments in a class, or can elect to attend on their own.

Ah, assigned to “extended day” with a parent’s sign-off?  Where are the parents (guardians) in this social/community environment?

The library used to close immediately after school let out, Henderson said. Now, it remains open from 2:55 to 4:30 p.m., and is staffed by a math teacher, an English teacher and a remediation aide — much like a similar program being operated at Bloomington High School South.

Why did the library close immediately after school?  Should it?  I’d answer that “no.”  But note that though it’s now open it’s not staffed by the librarian at North.

“For learning to be a constant, time needs to be the variable. Not all kids learn at the same rate,” Henderson said. “With the traditional school model, learning is the variable and time is the constant.”

Ah, grasshopper, is your wisdom only applicable to the “traditional school model?” (Which tradition?)  But truer words were never spoken and here is one of our primary woundings and bandaids; kids ARE variable, learning is variable; management techniques are bandaids that we constantly apply to our schools.  What is a “constant” we might be learning in this article?  Maybe Henderson or Nolan will help with that question.

He said he believes the after-school program is beneficial because it gives students access to resources such as computers and reference materials while they work, and also sends a message that they should complete their homework on time.

Hmmm…the program is beneficial because of access to “resources” such as computers.  I assume he meant access to “help” as well–you know human instruction…that’s called teaching, right–unless he simply included the teacher as “reference material”?  The message sent is to complete homework “on time”?  Um, no.  How about, do your “home”work at school.

For some students, however, being assigned to attend “extended day” can feel like punishment.

“It’s my first time to be assigned and I don’t know what I think about it,” he said. “It’s kind of nice having the extra time, but it’s not a comfortable environment. I feel like I’m in trouble even though I’m not really in trouble.”

This makes perfect sense and is well-articulated by Senior Robertson.

Nevertheless, English teacher Lindsy Servies said she believes the program is helping students, particularly those who are assigned.

The teacher, who has not seen success in class, “assigns” extra school time, out of class time, to students.  So, for some kids class time isn’t doing it and study at home is apparently not working for many.

“It’s not longer acceptable for students to just say, ‘I’ll get a zero.’ For certain students, it’s like ‘Big deal.’ They don’t care,” she said. “Now they’re being held accountable. If you say they have to stay after school until 4:30 p.m. every single day until they’re finished, they start producing work.”

This teacher believes that it was an ATTITUDE problem.  And here is the lovely theme of our new world order–took us awhile right?  These no-account kids had better learn that the “product” of their attendance will be held to account!  So to Lindsy Servies IT IS PUNISHMENT and she intends it as a kind of negative.  But listen, if this works for you and you succeed, wouldn’t you want to keep doing it and feel it as a positive aspect of your education?

She estimated about 30 students attend each day, with about half being assigned to be there and the other half coming on their own. And for those who are assigned but don’t attend, there can be disciplinary consequences, she said.

Again, parent involvement here?  You can get assigned to “extra” school and be disciplined for not coming?

Across the room, freshman Max Munoz sat at a table, feet propped on another chair as he plowed through his algebra I homework.

“I feel like it’s helpful, because I got a bunch of homework all bunched up that I didn’t do,” he said. “At home, I just can’t do it. There’s too many distractions.”

And we end with the truth and thrust of the piece.  Home is not a good place to learn.  School should be and perhaps it is.  The world, Max Munoz says, agreeing with Wordsworth, is too much with him at home, gaming and texting, he lays waste his talents.

True, true.  Much of this I certainly agree with.  The real benefit on offer here, though, is time to FOCUS and access to individual instruction.

That sounds like a good plan for educating kids and adults generally doesn’t it?

Why do we “teach” or “educate” any other way?  Why do we block out subject instruction in short time increments and then shuffle the herd between them?

Because we are educating our children in “time discipline”, in the ways that benefit the machinery of business.  Subjects are somewhat irrelevant.