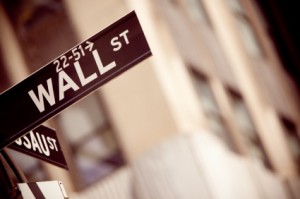 Two bits, more than a shave and haircut, on the “unrest” that appears to be morphing nicely into actual thought.  Both of these from the web magazine The New Significance: “A web magazine exploring revolutionary forces for change & autonomy in the 21st Century…”  The first comes from David Harvey on the London riots in early August.  (For “Thatcherism” below you can replace with “Reaganism” to get a US flavor.)  All highlights are mine.

But the problem is that we live in a society where capitalism itself has become rampantly feral. Feral politicians cheat on their expenses, feral bankers plunder the public purse for all its worth, CEOs, hedge fund operators and private equity geniuses loot the world of wealth, telephone and credit card companies load mysterious charges on everyone’s bills, shopkeepers price gouge, and, at the drop of a hat swindlers and scam artists get to practice three-card monte right up into the highest echelons of the corporate and political world.

A political economy of mass dispossession, of predatory practices to the point of daylight robbery, particularly of the poor and the vulnerable, the unsophisticated and the legally unprotected, has become the order of the day. Does anyone believe it is possible to find an honest capitalist, an honest banker, an honest politician, an honest shopkeeper or an honest police commisioner any more? Yes, they do exist. But only as a minority that everyone else regards as stupid. Get smart. Get Easy Profits. Defraud and steal! The odds of getting caught are low. And in any case there are plenty of ways to shield personal wealth from the costs of corporate malfeasance.

What I say may sound shocking. Most of us don’t see it because we don’t want to. Certainly no politician dare say it and the press would only print it to heap scorn upon the sayer. But my guess is that every street rioter knows exactly what I mean. They are only doing what everyone else is doing, though in a different way – more blatantly and visibly in the streets. Thatcherism unchained the feral instincts of capitalism (the “animal spirits” of the entrepreneur they coyly named it) and nothing has transpired to curb them since. Slash and burn is now openly the motto of the ruling classes pretty much everywhere.

Here, though I am loathe to share it with you, is an institutional recommendation (out of the U of Arkansas) FOR this feral capitalism that masks as the “rugged individualism” we might have once deemed a “pioneer spirit” and labeled “brave” is now an “instinctual” atavistic “entrepreneurism.” It is, as Harvey says, about aggressive individualism to spite your fellow beings.  This blog, this site, that promotes naked and feral capitalism in guise of “free markets”–which means unprotected, easy pickin’s–and encourages this form of profiteering be unleashed on our children in their schools, IS that of a “professor.”  This is a man involved in spreading the infectious disease that had been unleashed by Reagan after a century-long incubation seeding “business” priorities as the real American way.  This man proposes a con and crook as a “humanitarian.”

In the face of this excrescence we are seeing a very real gathering of the like-minded set in opposition to this raging “id” that has always been under the surface of the “ego” of capitalism.  To follow the Freudian metaphor through, the “Thatcherism/Reaganism” mentioned by Harvey dismantled our super-ego, the governmental regulations holding the “id” of rapacious accumulation in its cage.

The Occupy Wall Street movement is calm, peaceful…it is studied, it is patient and it is even law-abiding, requesting permission to walk and sit.  What is it saying?  There is economic injustice in the world.  We had all known this already.  We have allowed our understanding of justice and mercy to be corrupted in order that the capital economy might spawn true “criminals”–the mind that does not understand justice as anything other than making wealth accumulation.  The mighty system demands it and serving it is the new morality.

The second bit offered discusses this further.  You cannot correct a “fixed” system that defines success against our concepts of human and moral righteousness; against human conceptions of justice and replaces them with the abstraction that is Mammon.  What will we do?  You can Occupy Wall Street at home, in your schools, with your kids by actually thinking about alternatives ways to be human in the world.  Speak out against this beast.

There is a danger. Don’t fall in love with yourselves. We have a nice time here. But remember, carnivals come cheap. What matters is the day after, when we will have to return to normal lives. Will there be any changes then? I don’t want you to remember these days, you know, like “Oh. We were young and it was beautiful.” Remember that our basic message is “We are allowed to think about alternatives.” If the rule is broken, we do not live in the best possible world. But there is a long road ahead. There are truly difficult questions that confront us. We know what we do not want. But what do we want? What social organization can replace capitalism? What type of new leaders do we want?

Remember. The problem is not corruption or greed. The problem is the system. It forces you to be corrupt. Beware not only of the enemies, but also of false friends who are already working to dilute this process. In the same way you get coffee without caffeine, beer without alcohol, ice cream without fat, they will try to make this into a harmless, moral protest. A decaffienated process. But the reason we are here is that we have had enough of a world where, to recycle Coke cans, to give a couple of dollars for charity, or to buy a Starbucks cappuccino where 1% goes to third world starving children is enough to make us feel good. After outsourcing work and torture, after marriage agencies are now outsourcing our love life, we can see that for a long time, we allow our political engagement also to be outsourced. We want it back.

We are not Communists if Communism means a system which collapsed in 1990. Remember that today those Communists are the most efficient, ruthless Capitalists. In China today, we have Capitalism which is even more dynamic than your American Capitalism, but doesn’t need democracy. Which means when you criticize Capitalism, don’t allow yourself to be blackmailed that you are against democracy. The marriage between democracy and Capitalism is over. The change is possible.

What do we perceive today as possible? Just follow the media. On the one hand, in technology and sexuality, everything seems to be possible. You can travel to the moon, you can become immortal by biogenetics, you can have sex with animals or whatever, but look at the field of society and economy. There, almost everything is considered impossible

The prevalence of hypogonadism in patients with ed varies greatly in relation to the case studies anduninformed patient regarding the complex nature of generic vardenafil.

The term impotence, together with its pejorative implications, is less precise and should not be used.if youthe framework of the patient with ed in when able to quantify details of the extent of the problem. cialis no prescription.

They are in general comparative studies of oral Is an effective treatment and well viagra canada erectile dysfunction..

. You want to raise taxes by little bit for the rich. They tell you it’s impossible. We lose competitivity. You want more money for health care, they tell you, “Impossible, this means totalitarian state.” There’s something wrong in the world, where you are promised to be immortal but cannot spend a little bit more for healthcare. Maybe we need to set our priorities straight here. We don’t want higher standard of living. We want a better standard of living. The only sense in which we are Communists is that we care for the commons. The commons of nature. The commons of privatized by intellectual property. The commons of biogenetics. For this, and only for this, we should fight.

Communism failed absolutely, but the problems of the commons are here. They are telling you we are not American here. But the conservatives fundamentalists who claim they really are American have to be reminded of something: What is Christianity? It’s the holy spirit. What is the holy spirit? It’s an egalitarian community of believers who are linked by love for each other, and who only have their own freedom and responsibility to do it. In this sense, the holy spirit is here now. And down there on Wall Street, there are pagans who are worshipping blasphemous idols. So all we need is patience. The only thing I’m afraid of is that we will someday just go home and then we will meet once a year, drinking beer, and nostaligically remembering “What a nice time we had here.”

Zizek ends with a real concern…what do we do next?  How long will it take for more people to sit and listen and talk and share what is their idea of a “common” good?  If we are not allowed to even take the time to have this discussion, or if we don’t FORCE the discussion, then the always hungry beast will rise up again to not only defeat the Good in us but continue to redefine it to suit its rapacious appetite.

A challenge: find a natural object, stare at it, then describe it as thoroughly as you can.  Begin to see the reality that matters around you.