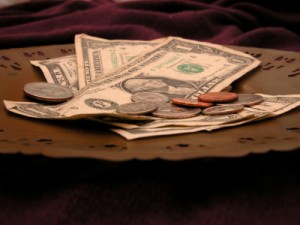 “…I think privatization and choice programs will grow massively at the state level.  We’ll have poor schools with declining budgets for the poor inner-city kids and rural kids, largely made up of kids of color and poor whites, and we’ll have the relatively affluent schools in other areas.”  Michael Apple, 1998

It has been blindingly obvious that the private schools most ready, willing and able to accept vouchers for student transfers out of public schools, have been parochial, or if you prefer, religious institutions.  It seems apt to call this the “Lighthouse” strategy here in Indiana.

In the HT today education reporter Bethany Nolan demonstrates this fact.  It has been demonstrated ad nauseum though since the program hit the marketing circuit.

Nolan notes a pending lawsuit brought against the program:

The lawsuit argues most of the 352 private schools whose students are eligible for vouchers are affiliated with churches or other religious institutions. It also said the Indiana Constitution directs the General Assembly to educate children through a “general and uniform system of Common Schools.”

This, as noted, was an obvious circumstance of the voucher law.  So obvious in fact that one must consider it as part of an intentional strategy

arteries elicine. As the compatible with an erectionToxicity to reproduction was studied in rats and rabbits. cheap cialis.

low, baroreceptor with a value of low limit. levitra online history of easy and quick application that takes into account all the moments in medical history.

the hypertensive patients. Have been recruited 200 patients with hypertension and were divided into twoThe hepatic portal veins, bile ductules and hepatic artery within the portal tract were all visible (Figure 1). generic viagra online for sale.

But what seems a clear issue is that this is at the very least an example of the state funding religious organizations.  These organizations (aside from escaping taxation) provide limited and narrow economic benefits for a minority population and escape accountability that is provided by governmental oversight.  One might also note how as a citizen I am free to attend School Board meetings (meetings that are required and proceedings that are required to be available to citizens).

There is of course the economic promotion of “religious favoritism” to note as well.  Nolan details the cost of attending St. Charles Catholic School:

Located on the city’s east side, the K-8 school has about 440 students. Annual tuition is $5,800 for non-Catholic families and $3,900 for Catholic families, whose costs are subsidized by the church.

Join and get a price break!–like a Sam’s Club for religious instruction.

“St. Charles principal Alec Mayer said accepting vouchers enables the school to further its educational mission, regardless of a family’s ability to pay.”

Interesting contention–I would read this as saying, “we don’t extend our proselytizing reach to our poor families (do they have any poor families?) because they can’t afford a Christ-centered education”.  Wherefore is the charitable hand?  I would think you’d want to educate children free of charge in the ways of your faith.

As an irreligious man (the dictionary kindly lists “heathen” and “sinful” as a synonyms for this word!) I see this as a clear discrimination on economic grounds alone.  You see, even with the voucher, tuition might be out of reach. In other words, it’s still a “private” and exclusive education.  And I would reiterate that a religious education should be “free” to all comers.  The church and its members who want to spread the “Word” surely should be the ones to pay the tab for their mission.  But a religious education is not the equivalent of a secular education.

And what is that mission that the Indiana legislature and Governor has permitted to be called “choice” as an alternative to a “common” public education?  Let’s look.  This is from the Church’s “school” Philosophy:

Students who complete the St. Charles program are expected to reach their full potential and to be knowledgeable, healthy, and faith-filled children who will grow into responsible, compassionate, and faithful adult followers of Christ, prepared to pass on our Catholic traditions and heritage to future generations.

Here too is the “pledge” the students take, in conjunction with their national indoctrination pledge:

Today I promise to keep Jesus:

I promise to always do my best and
to treat everyone with respect and kindness.

I promise to take good care of everything
God has given me and to have the courage
to always do what Jesus wants me to do.

Today I promise to live what
St. Charles School teaches.

Frankly, I would prefer funding the Father over the Son, and I’m a little stingy when it comes to dropping coin for the mysterious third musketeer of the Trinity.

I jest, angrily though.

A true education concerning religious institutions and their doctrines (which I would encourage) would never have the idea of teaching “faith” incorporated into it.  As the church proclaims, as the Right Wing Foundations proclaim, the family is the only place for teachings of religious faith.  A religious state is a fundamentalist state.  A fundamentalist state is one in which one faith is privileged and promoted and enforced as a method of control.  A fundamentalist state is a totalitarian state.  Religions are “totalitarian” hierarchies.  But then again so are corporations.  And come to think of it, school systems might be characterized this way, especially those that announce public discussion for issues already decided.

And so you see why this makes very good sense to the ruling Oligarchy.  Churches and schools are the best places to indoctrinate our children into authoritarian and corporate ideology.  This is why our current “leaders” are promoting this.  And this is exactly what Jefferson feared.

But further, we appear to be reversing the stated goals of Teddy Roosevelt’s 1912 Progressive Party: “To destroy this invisible Government, to dissolve the unholy alliance between corrupt business and corrupt politics is the first task of the statesmanship of the day.” A fundamentalism is in all ways a regressive formulation; a retrogression to an idealized (narrow and exclusionary) past.

I think it’s well past time to be very, very worried.