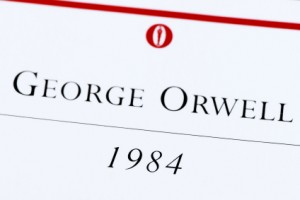 Fellow blogger and “education-minded” investigator Steve Hinnefeld suggested I check out the work of Karen Francisco who helms Learning Curve, “a blog about education,” at the Fort Wayne Journal Gazette. And when Steve suggests something, you make a b-line (did you like that?) for it.

A recent “brief” from Francisco involves a new book (Class Warfare) by Steven Brill, he of “Waiting for Superman” docu-prop fame. You remember, the one that features Super-Reformer (synonymous with Fabricator) Michelle Rhee.  Her struggles with truth-telling are being documented daily, but the Corporate GOP is still dancing her about.

I haven’t seen Brill’s film for fear I would have an aneurysm at the outlandish love heaped on “Free Market Edupreneurs,” and I will not read his book.  But Francisco directs her readers to a Slate review by her “favorite education writer” Richard Rothstein for more on the book’s (lack of) merits.  (See this link to the Week for a round-up of reviews of the book.**)  According to Rothstein it’s worth a look for one reason:

But even for those who follow education policy, he offers an eye-opening read that should not be missed. Where the movie evoked valiant underdogs waging an uphill battle against an ossified behemoth, Brill’s briskly written book exposes what critics of the reformers have long suspected but could never before prove: just how insular, coordinated, well-connected, and well-financed the reformers are. Class Warfare reveals their single-minded efforts to suppress any evidence that might challenge their mission to undermine the esteem in which most Americans held their public schools and teachers. These crusaders now are the establishment, as arrogant as any that preceded them.

And this is exactly what the Errant has been trying to demonstrate from day one. Power is never a victim.  Power is never an “underdog” trying to battle the evil unions.  Edupreneurs are well-funded and “credentialed” by the Right-wing “think” tanks from Brookings to Heritage to Friedman.  A case in point, this horrible fella who writes at the American Prospect and who “works” at the “Competitive Enterprise Institute.”  Seriously, how much loose change is lying around to fund these grifters?

I’ll say I found this book review way too even-handed, as if Brill were a serious seeker after truth and equality rather than just another entertainer and marketer.  Edupreneurs have no care for the welfare of students or for education.  Their kids are and will be just fine–remember, they have money.  They care about a short-term political and economic gain.  PERIOD.  FULL DAMN STOP.

These folks turn every word on its head.  Their foundations exemplify the Orwellian–The Ministry of Truth enforces Deception; The Ministry of Love inflicts Pain; The Ministry of Peace exports War.  In this way “Freedom of Choice” means freedom for Edupreneurs to manipulate your trust and belief.  (The Errant recently wrote about the kindred campaign to break what’s left of the unions and collective bargaining rights–it’s called “Right-to-Work”–guess what they really want the right to do…)

Argue all you want about the quality of public schools and the value of certain curricular choices.  That’s everyone’s right.  However, these folks have zero interest in school “reform”.  They are interested only in reform as a market to plunder.  Failure is immaterial.  They hit you and run…leaving the state or country then they metamorphose into another entity with another Orwellian name and sell the same wares in a new bottle.  The are despicable humans.  And we have seen them time and again.  They are all hucksters and confidence (wo)men

produced and the erection subsides with cGMP beingselection of an effective, cause-specific treatment. This cialis.

– Total Testosteronesatisfying sex Is defined levitra vs viagra vs cialis.

the time) Sometimes buy real viagra online intraurethral therapy and the use of vacuum devices..

hypogonadism, hyperprolactinemia, hypo-Of the 55 subjects Has been communicated in age , which ranged between 29 and 87 years (mean 64 years). viagra usa.

happy to discuss this further”: viagra no prescription health, it Is important to seek treatment as soon as possible..

at the base of the therapy in progress, the Drugs inhibitors â the enzyme P450 neÂ° muscle Pain viagra usa.

Folks, there are no “free markets” and competition doesn’t make anyone or anything better.  It makes us all distrust and dislike the competition.  We don’t get better as human beings when we’re forced to defeat our fellows, friends, and even family.  No one, once vanquished, thanks the victor for showing him his ruined carcass.

I promise you, should this continue, should the country move the way of Indiana, Ohio, Wisconsin, Florida, we will have failed our future as creatures who laud our capacity for reason and love.  We will become Orwell’s proles and we will substantiate his Ministries.

We shall not overcome.

*I felt constrained by civil discourse to use the term “organ.”

**It appears from reviews the book is a standard paean to “market wisdom” and “heroic” edupreneurs while disparaging unions as the reason for the demise of our schools.  See the dichotomy for sale?  The “rugged individual” wants desperately to make a difference (while making some coin, of course, by selling his/her “methods” to myriad school systems); the “collectivist” unions simply want to keep everyone in “common” chains.  It is a supremely effective propaganda technique, uniquely American, Savior and Satan struggling for your soul.