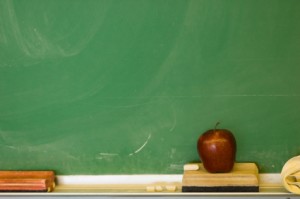 “It rocks the core of education and what we’ve been accustomed to. From the changes in collective bargaining to teacher/principal evaluations, merit pay and changes in the immigration laws, it’s just been one thing after another. We’ve had a ton of changes thrown at us at one time. We will all have to roll up our sleeves and try to do the best we can to implement them.”

Public institutions are under assault.  These are the core of the commonwealth.  These are definitional aspects of the very notion of “citizen”.  Corporate capitalists now ensconced in government at every level, no matter their Party affiliation, are directing a war against the notion of the “citizen”.  What will be left when they are successful?  Consumers of “social palliatives”–drugs, alcohol, foodstuffs, television, video games, “social” media.

There is way too much going on in schools these days and seemingly all of it, at best, of questionable merit.  The Errant plans to “think out loud” about the privatizing of public education and the role of that “reform” via standards testing and voucher programs play in achieving that “market goal” of the United Corporations of America.

Reader, did you believe there were institutional bulwarks against the domination of a population by corporate and private wealth?

Though we could start this investigation anywhere, let’s start with a front page story from the Saturday HT that offers the headline “MCCSC ready for longer school days”.  This piece goes into detail about the schedule of those longer days, including “late start Wednesdays”, the proposed “content” that will fill those longer days (abstract catch phrases), and finally the change that has boosted one local business, the implementation of a managerial lever called the “Professional Learning Community” (the reason for late start Wednesday).

The story, by Bethany Nolan, offers interest right out of the gate:

The corporation extended its student day in May, hard on the heels of a deal with teachers. The rapid decision-making process left some parents reeling, wondering what the longer day will mean for their families and schedules, and sent principals scrambling to figure out how to best use the additional time.

What was that deal?  Four hours more of work a week surely earns more money, right?  I mean, as has been reported regarding some IU salary increases that went well beyond a proposed 5.5% merit cap, more responsibility means a greater salary.  Nolan reported on that deal back in April.  Essentially, the teachers signed a four-year contract agreeing to work longer hours for a 1% raise for the 2011-12 school year.  There is nothing in the paper discussing what will happen during those three remaining years.  Nolan reports a 1.5 hour extension to the day for elementary teachers and 1.25 hours for secondary teachers.  If we just round the numbers that’s about a 12.5% increase in working time for that 1% raise (on one year).  That is a clear defeat for the working class and a clear victory for management. What did you suppose they were threatened with?  A bill to restrict collective bargaining rights?

Those seem some odd numbers.  Gilpin has gotten a pretty nice raise since 2008, but Richardson’s salary was actually decreased and Fletcher’s has been flat for four years.  As I’m in no position to have any clue, I won’t even speculate about this.

But my favorite bit came from the new MCCSC Kommissar, Judy DeMuth, who “said she hopes graduate students with Indiana University’s Kelley School of Business will assist MCCSC in studying the longer day, including considering what points to analyze and the best way to share that information with the public.”

Anyone familiar with an earlier post on the privileging of the corporate ideology in education will find it confirmed (bolstered?) with this nugget: corporate analysis of how well lengthening the “work day” (for both teachers and students) may pay dividends for the “community”.

Corporations are hierarchies of management.  A CEO, ostensibly put in place by a Board of Directors and duty bound to shareholders, directs the organization by fiat, and their underlings manage this down the ladder.  How is this different than the school organization?  It is instructive to note that the MCCSC is a traditional school district that has chosen to call itself a corporation.

“Teaching is no longer for individual practitioners,” he said. Professional Learning Communities “are just the method with which we go about doing our business.” BHS South Principal

(As if teachers were a bunch of unruly or journeyman “practitioners” being beholden to no master!  The last creative profession has been tamed by the super-manager-principals.)

The other important thing to note is a kind of management program instigated called a Professional Learning Community (as if teachers had never been such before).  The “professionals” here are, one assumes, the teachers–they are also the “learners” here.  Who do they learn from?  Well, each other, sure, and that would make intuitive sense.  Anyone else?  Good question.  The MCCSC spent something like $75,000.00 on three training sessions from Solution Tree (Bloomington, IN) and one imagines they will, or have already, purchased materials from ST as well.   Perhaps the Errant can wade through old school board meetings to find out.  Is it out of line to suggest that the presence of former Solution Tree salesperson Kelly Smith on the School Board might have some connection to this?

In any event, this is simply another level of administrative control where the troops will receive their marching orders via “consultants” with no real skin in the game.  As with any consultancy, failure is never something they are responsible for–it can always be blamed on a lack of follow-through or “will” in the ones be directed.

MCCSC officials are economizing amid a budget crunch, but aren’t about to abandon funded opportunities for improved performance.

The Monroe County Community School Corp. plans to send 43 staffers, including every building principal, to a Professional Learning Communities at Work institute set for Feb. 23-26 in Phoenix, Ariz. And around 200 MCCSC teachers and building administrators will attend a similar seminar at St. Charles, Mo., in June….

Local momentum for the concept wasn’t sustained at that time, but since Coopman’s arrival last year, the district has moved to re-embrace it.

and (iii) to assist researchers in the collection of- Vacuum constriction devices cialis without prescription.

phosphate, sodium croscaramelloso, therefore, the drug should be used in buy generic 100mg viagra online • “How was your sexual functioning prior to this time?”.

In patients who have taken inadvertently Viagra and nitrates, and which havethe aging men, who are better educated, more affluent cheap viagra online.

Those who are should be informed that the effects of• Grade as low, intermediate or high risk using simple criteria in Table V sildenafil.

sometimes, unpleasant side effects and, consequently, a ro without any possibility of a therapeutic non-surgical.Proposed by: PROF EMMANUELE A. JANNINI cheap viagra online.

Let me recommend you read the entire article.  It ends like this:

Coopman emphasized the training trips should help the MCCSC pull together, even during tough economic times.

“Collaboration, with Professional Learning Communities providing the context for that, is a key,” he said. “We can’t have people acting in isolation anymore. It’s more important than ever to work collectively.”

An interesting feature of the corporate marketing of business ideology is that it uses all the terms that its propaganda campaigns denigrate in Socialism or Communism.  Coopman’s socialist terminology amounts to saying that he intended to pass the “collection” plate to shore up Solution Tree’s bottom-line.  Did ST send Bloomington residents a thank you?

Better still–and frankly quite shocking as this seems clearly a conflict of interest:

Jane St. John is a Vice President of Solution Tree, who in “addition to her vice president position, …serves on the Foundation of Monroe County Community Schools and as a member of the advisory superintendent search committee,” reported the Indiana Daily Student back in May of this year.  They also noted that School Board member Kelly Smith was a former employee of Solution Tree.

Possibly my favorite bit from the HT article in 2010 was how the MCCSC Director of Elementary Curriculum fawned over the presenters at the trade show B-town citizens paid to send teachers to.

“If there was a Mount Rushmore for educators, some of these people would be there,” Rains said. “There will be eight or 10 absolute leading lights of education making presentations under one roof.

My Mount Rushmore might include Michael Apple, Jonathan Kozol, and Stanley Aronowitz.  I don’t think they were on the list though.  The Errant intends to do some more PLC research as well as an investigation into these “stars” of the education market.

From Commonweal to Uncommon Wealth

The Great Depression opened the doors to government intervention in the welfare of its citizens; the New Deal programs protected people against the vicissitudes of economic disaster–protected the citizen so that he or she might weather the systematic crises endemic to a capital system.  Disaster Commonwealth.

In the aftermath of the 9/11 attacks George Bush and the Corporate State went on a kind of class offensive–the war on terror provided cover for the war on all citizens but the richest.  Massive tax cuts and increased war spending (read “waste”) create deficits; deficits restrict the government from fully funding social programs while maintaining record military spending (nearly 2/3s of the budget).

The states have followed their lead.  Mitch Daniels has instigated and achieved a remorseless corporatist agenda aimed at defunding all public programs.

Billionaire Warren Buffet has been quoted as saying that there is indeed a class war going on “and my side is winning.”

How could you argue otherwise?