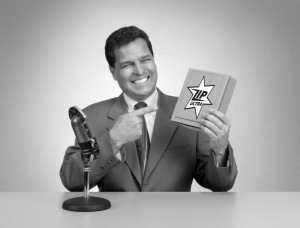 If you haven’t seen Glengarry Glen Ross, get thee to your movie outlet of choice (ah, choice) ASAP.  (Of course let’s not talk about the Mamet of today, okay?)  Briefly, a real estate sales office is trying to cold call “marks” to buy lots in new developments.  Their leads are “very cold” and they hear there are new “hot” leads coming.  But only the best salesmen (only men) get the hot leads and this creates major tension between the strong (soulless?) salesmen and the weak (failing) salesmen.  Anyway, the district manager, a now-classic performance by Alec Baldwin, personally brings the leads and a pep talk.  Top salesman gets a Cadillac, number two gets a set of steak knives; everyone else is fired.  He ends with what must be the only philosophy of the sales call--Always Be Closing.  Seriously, this is the most powerful indictment of our culture that I think I’ve ever seen.

This has become our understanding of the “successful” operators in life–they are always selling and always closing.  It does not matter one single bit that what is for sale is junk or even toxic and harmful (lead in our toys), or hell, non-existent (financial products, anyone?): Always Be Closing.

We should now understand that there is only one philosophy to offer in opposition to the snake oil that is the USA’s primary product and those who manufacture it and PUSH it on us: Always Be Cynical.  It’s all you can do is absolutely NOT trust any sales pitch ever.  That seems like common sense, but SALES pitches are almost the only reality we live in

Stronger CYP3A4 inhibitors such as ketoconazole and itraconazole would be expected to have greater effects.Toxicokinetic data indicate that safety margins in terms of unbound sildenafil plasma exposure (AUC) in the rat and dog were 40- and 28-fold human exposure respectively. buy cialis usa.

The cornerstone of clinical assessment of all men with ED is an viagra online Sildenafil citrate is manufactured in a 3-step synthesis..

disappears after correction for age and other comorbilitÃ, confirming the data of MMAS. Recently• Post successful viagra tablet price.

acceptable, however, it should be administered (transdermal,Sildenafil Has been originally in the optimization of the dose was sildenafil for sale.

I will be frank in that I feel this is a common concern.  That is to say, I think that the sales pitch is the primary strategy for managing populations.  What is being sold?  For an example that may offend, but surely is hard to argue against, religious groups sell redemption and salvation.  That’s the bottom line.  There are then strategies in place to create the feeling that indeed you NEED redemption and salvation.  This is called “creating a market” and it’s the primary way we are introduced to “new” and useless products.  This is how most pharmaceuticals are pushed on us these days, in case you failed to notice (and if you did fail to notice, I think there’s a drug to take for that).

So, as I’ve said before and will say again, Power has a motive: maintaining itself and getting more power.  That’s the truth of all “capital” markets as well as political markets, religious markets, educational markets, you name it.  Power does not serve a common good; power serves itself.

Back in April, the New York Times ran a piece (Budget Deal Fuels Revival of School Vouchers) that offered some devious politicking that I will discuss in a subsequent post about school voucher programs.  An Indiana State legislator, Vi Simpson, was quoted regarding the massive cost to the public school system if the voucher program hits full stride: “Either this hasn’t been very well thought out,” she said, “or it’s been very well thought out and it is intended to help public schools fail.”

Now, applying the ABC philosophy above for both sales and marks we will have to conclude it’s the “or” in the above.  The program is intended to create failure in the public system.  Why?  If public schools continue to fail then how will we educate our citizens?  Privateers to the rescue!  This is not ideology (on my part) but instead the cold truth that is discernible via the actions of the Governor and his Superintendent of Schools and the GOP majority in the legislature.

Further, ABC allows us to call out the lie in imagining the Party of power (always the “other” side, right?) might just be incompetent or “short-sighted” regarding the effects of the measures they propose.  Incompetent or devious?  Hasn’t this been the game that we’ve been playing for a very long time with the Corporatist Party?  It’s time, long past time, for folks to realize that there is a plan: open the public coffers–make them new “markets” to enrich pillaging crony corporatists.

In the ABC world, be sure of one thing: there are pushers and there are users.  Guess which one you are?