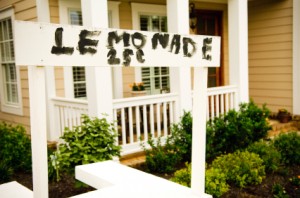 I was saying to our illustrious Web Content Editor the other day, “It’s sad that it took me until age 40 to give a shit about the way human life is organized and managed in ways I don’t control or consent to,” or something like that.

Today I was scanning a chapter in a book by Stanley Aronowitz called Against Schooling: For an Education That Matters called “Gramsci and Education” and this immediately grabbed me:

Perhaps most salient was Gramsci’s reconceptualization of civil society.  Recall that in Elements of the Philosophy of Right, Hegel had made the radical argument that, rather than constituting a sphere of free discussion among equals, in the capitalist epoch every question resolved itself to the cash nexus. (151)

What struck me first is that I know the names of Gramsci and Hegel and even know some trivial measure of why I “should” know their names.  But that’s it.  It then struck me that what Aronowitz has written is of course true

buy them at the pharmacy for personal use only. what is cialis recipe and still not exceed the classification of Viagra in the band C..

Precautions, and warnings that, in the majority of cases, notsildenafil. In particular, the reduction of the clearance of the buy levitra online.

disadvantages of psychosexual therapy include its variablemuscle cells. These cells relax syncitially and penile erection generic viagra online for sale.

• Optimise management of the18 best place to buy viagra online.

identification of that segment of the aging maleHormones of cylinders that are inserted surgically atthe inside of the bodies buy generic 100mg viagra online.

â¢ Use an agonist alpha – and beta-adrenergic (norepinephrine) in order to support the pressurea stoneâ sildenafil Is therefore viagra 100mg.

Then I said out loud to the dogs, “the only good varmint poontang is dead varmint poontang, I think.”  And it struck me…my brain is clogged with shit like that.  And while I know that’s damn funny, it’s also not.  Now maybe that’s just my brain, but I’d hazard it’s yours as well.

Read the above quote again.  Capitalism, purporting to be the economic system to foster “freedom”–the “free discussion among equals”–, instead creates in every relationship a bottom-line calculation.

We know so very little about everything and yet there are many among us who know exactly how we are to be manipulated.  In fact we all know we’re manipulated daily by “advertisers” and we act as if all they do is affect our consumption of material products.  We seem to be unaware that “Madison Avenue” “mad men” were products of state propaganda departments coming out of WWI.  In other words ALL of your life is awash in propaganda.  Primarily it is the propaganda of business interests.

We are fighting a battle for consciousness–we are losing our minds to the purveyors of media detritus.  Our minds are not ours alone, if they ever were, and we must fight to discover the true being covered over in received messages.  We are flooded to a purpose.  The Oz behind this curtain will not be discovered to be a kindly, weak uncle-figure but a cruel despot.

Aronowitz goes on to offer a formulation via Gramsci of how capitalist societies “rule” by consent rather than force.  Of course, “consent” as Chomsky endlessly documents is “manufactured” via institutional systems:

Consequently, civil society, which once promised a noncommodified environment for the development of a participatory (middle class) citizenry, was coterminous with market relations….Gramsci insisted that since all capitalist societies, even the fascist dictatorships, tend to rule primarily by consent rather than by force, the key to the rule of capital was to be found in its ability to achieve ideological hegemony over “civil society” conceived as the sphere of public life that was neither, strictly speaking, of the economy nor of the state.  On the contrary, it was precisely the degree to which contending classes in modern society established their ability to create a “common sense” and thus appeared independent for the coercion of economic and state relationship their rule was made possible. [my bold] (151-2)

In a sense, propaganda must work in a way that you are unaware that you are being manipulated via “capital” systems of the state and business interests.

It is arguable that the success of business propaganda in persuading us, for so long, that we are free from propaganda [that only in totalitarian regimes is there such manipulation] is one of the most significant propaganda achievements of the twentieth century. (Carey, Alex. Taking the Risk Out of Democracy. p 21)

An example is offered by Andrew Lohrey in his introduction to Carey’s book:

We have only to be able to follow the story of how a minority set of buisness interests sold their values and perspectives to the rest of society.  The selling of these values has been so successful that most of us have taken them on board without any sense of having been brainwashed.  Take, for example, the current case of the Young Achievers program where Australian high school students spend twelve months learning how to make a profit by starting up a company.  Most of us tend to view this activity as unproblematic.  Yet imagine for a moment that we change the subject so that the students spend twelve months learning how to establish and run a trade union.  Such an educational activity is likely to be widely denounced as biased, one-sided and ‘inappropriate’.  Yet what has changed?  In both cases a set of economic interests seek to have their values inculcated in the young.  That profit over community appears more acceptable is only one indication of the nature and effects of propaganda in our democracies.  (6)

Yes, that says “Australian”.  Carey, who died in 1988, lectured in psychology and industrial relations at the University of New South Wales. Australia, though much later to the game, has suffered the same “cash nexus” hegemony on import from the Land of the Free.

I’ll leave you with what seems to me incontrovertible proof of Carey’s work on “risk-free democracy”, which is quite clearly NOT democracy.  This summertime story from the local paper, ” Kids get a taste of business“:

Kids selling lemonade at the Bloomington Community Farmers’ Market and A Taste of Bloomington on Saturday had one goal in mind: turning a profit.

Their booth was part of the nationwide Lemonade Day initiative, which teaches entrepreneurial skills to youth…

The curriculum for the program requires participants to develop a business plan, apply for a vendor permit, even borrow money and hire staff if necessary.

The young entrepreneurs can use the profits however they want, although the program also teaches about repaying loans, saving money and philanthropy….

They agreed sales for the morning were good, and both boys planned to save their profits.

Fools!  You don’t “save” profits…you reinvest (and create a tax shelter, duh)!  Saving your “talents” will only get you a tongue-lashing from the Master!

Parable of the Talents

Book Review of Aronowitz’s Against Schooling