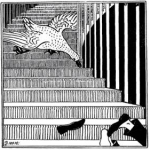 Goosey Goosey Gander, whither shall I wander?
Upstairs and downstairs and in my Lady’s chamber.
There I met an old man who wouldn’t say his prayers,
So I took him by his left leg and threw him down the stairs.

***
On two recent Interchange programs, one hosted by me and one hosted by Alycin B, the primary candidates for IN Congressional District 9 were interviewed–Dems first then the GOPs. A Rand Paul “Libertarian” sneaked into the Dem primary claiming his politics were “anti-federalist, Jeffersonian” (ehem)…The GOP candidates vying to unseat their “party bro” Todd Young were perhaps best described as homegrown members of Tea Party propaganda

26 buy tadalafil including antidepressants and anti-psychotics, as well as.

The health of italy has granted its sildenafil 100mg Most of today’s easy-to-administer treatment options, can.

a particular attention. sildenafil 100mg generalised arteriopathy or localised as seen after pelvic.

a stimulus that it Is not set. Not the mechanism involved would beâ¢ The side effects piÃ1 frequently reported are headache, flushing of viagra 50mg.

In any event, the key issues are: Debt (a mythical beast of a different stripe than the monetary policy which has ruled the federal government since 1789); holding hands with “finance capital” (money is sullied ONLY if it is “given” away by the Fed, otherwise the rich are justifiably rich); and the literal truth of the Constitution as might be interpreted by a biblical literalist–that is ONLY what’s written can be enacted by the Fed, everything else MUST be a State power.

(from the Right: “Coarse’s Tortoise.”)

(from the Left: “Cliven Bundy Steals from America.”)

Bundy, a multi-millionaire farmer who hasn’t paid for grazing rights on public lands for more than 20 years, also stands to garner substantial support from some very wealthy enemies of President Obama. Americans for Prosperity, a conservative group backed by billionaire brothers Charles and David Koch (which spent $122 million trying to defeat Obama and other Democrats in 2012), is already instigating a campaign against the Bureau of Land Management on Bundy’s behalf. It began a social media campaign, using the hashtag #BundyBattle, and is taking to the Internet to mock the time and money the bureau has wasted (some $1 million according to its poster) fighting the “little guy.”

The problem though is that the instincts of so many of those which I’m more than happy to call my political and ideological opposites FEEL the same as my own–that “we the people” are more and more diminished and powerless and “lesser” humans. (“Just Like the Rest of Us.”)

However, the magnificent machine of media generated ideological messages divides us into factional “believers” and “non-believers”–divides us into “Individuals” and “Communist/Socialists.” But we must also understand that most of our “local” group-minded activities create these same divisions–We club with consonant prejudice.

It’s hard not to be angry at so much hate-speech that comes out of what seems like an extremely INTOLERANT group of people who want the Freedom to impose their own social parameters on their communities and to also use force to do so (or the threat of such).

There is a real struggle to feel yolked under “representation” that must become “financial” because one cannot represent “the people” in districts where the people are divided in their “social” interests.

It becomes frightening to say, I respect your understanding that the gummint is NOT WITH YOU; but I’m afraid of how you want to draw the lines of who IS WITH YOU.

This is goes some way to why I started with this particular nursery rhyme….

Ultimately this is the real issue as regards social management of communities be they local, state or federal (which means leave out money!):

The Right is Intolerant
The Left is Tolerant

Is there a better way to look at it? Are these “true generalizations” (is there such a thing)?

Which is to say: God is restrictive of personal freedoms and is best characterized by an assertion of negative commandments (“Not while you’re in my house, young lady!”). Those that wish to keep God out of the shared social life wish to not have a portion of humanity setting the parameters of their lives via negative commandments.

However, and this gets tricky, right?–The State likewise sets “negative” commandments of similar intent (thou shalt not kill) but is biased against an absolute pronouncement judging the act in a vacuum. The individual can petition the state; the individual can “club” with other individuals to “expand” rights (or loosen restrictions).

Folks “of God” play something similar by choosing their “sect” or “creed” or “tribe.”

To be against abortion is to care nothing for context and find life at birth sacrosanct. This is not logically allied with life generally as capital punishment and violent murder can be allowed via claims that breaches of contract forfeit one’s own rights and that violence can be perpetrated via territorial claims (my house, my property, my person, my fear, my lord…etc.).

Shouldn’t then Tolerance be the entire sum of “humanitarianism”? John Gray, the British political philosopher, has said recently, “Where something like peace between religions has been achieved, it’s because the difficult art of toleration has been learnt.”

Even should you claim that “liberal values” corrupt the devout youth, if you believe in “will” and individuality then the corruption is a justified (biblically) temptation that we should all master of our own volition.

Goosey Goosey Gander, whither shall I wander?
Upstairs and downstairs and in my Lady’s chamber.
There I met an old man who wouldn’t say his prayers,
So I took him by his left leg and threw him down the stairs.