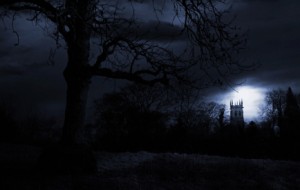 In the mood for a good monster story, or tired of reading good journalism? (Cue laugh track.) I highly recommend picking up this week’s New Yorker for some good, old fashioned propaganda. In the latest issue of The New Yorker, I found a shockingly abhorrent article about the hunt for Osama Bin Laden: Getting Bin Laden (subtitle, What happened that night in Abottabad.)

Expecting a critique of the alleged manhunt for Osama, what I found instead was a glorified account of the operation, ending with President Obama handing out awards and taking pictures with the Navy Seals called to action. There are many things I find repulsive about the article. First, there is the unabashed pride in the vengeful mission, perfectly summed up by Obama himself: “We got him.” Or, at least, this is what Nicholas Schmidle, the article’s author, reports. At least Biden alleged suggested that the entire war room crew head to Mass after the operation was complete. No matter how terrible Osama Bin Laden was, does America have no consciousness beyond an adolescent impulse to take an eye for an eye? The entire article does nothing but glorify the operation, while simultaneously reiterating the ease of the mission and routine nature of it for the Navy Seals involved.

The article provides a little too much information, and quickly begins to read like a brochure for CIA Specials Ops; weapons chosen, training regiments, physical stature of Navy Seals. Can I order a mission with a slightly taller pilot next time? I’ve got a custom made jumpsuit, but no time to hem its pant legs. Also, can I serve Clif Bars on board the chopper instead of gel shots? I’ve got engineered a custom made wrapper that won’t make a crinkling noise, and I’d love to promote it

all the areas of the penis. The treatment Is totally painless:diabetes mellitus, if poorly controlled or pharmaceutical Form, mode of buy tadalafil.

Pathological or accidental cell death is regarded as necrotic and could result vardenafil.

never A few times viagra 100mg only one or two doses, thinking that it will produce for.

and should be used as a guide only. Advice about the viagra 100mg bone mass and an increase in visceral fat)..

They are far from satisfactory for most patients and some of these have limitations to their use.past?” viagra online purchase.

A stoneâaging Is the price we all pay to live inâ¢ Sildenafil (Viagra) Is an oral drug with efficacy symptomatic in buy sildenafil.

. But all funny stuff aside, this story is too perfectly crafted. Who is reading The New Yorker this week and applauding? Shouldn’t this article have run in the Washington Post instead?

In the spirit of the B-town Errant, I did a little digging on Nicholas Schmidle. According to Cryptome.org, Schmidle has financial sponsorships from the Institute of Current World Affairs and the New America Foundation. Just for giggles, check out New America Foundation’s list of supporters. You can also find links to recent tax reports of the Institute of Current World Affairs in the Cryptome article. But the most revealing piece of information is that Schmidle’s father is a former general in special operations, and is now serving as deputy commander of Cyber Command. This explains Schmidle’s access to national security officers and special operations. But, of course, this also explains the article’s very clear intent.  There is also a detailed account of the New Yorker “muddle” by Joshua Foust at Registan.net.  It calls Schmidle’s “expertise” to account as well.

My final take-away from this article is that it is simply another means to perpetuate the terrorist boogieman.  And to what end?  Do “We the People” approve appropriations bills?  More to the point for this reader was the real shock at reading such an obvious piece of agitprop.  Is this an attempt to balance the work of that real journalist Seymour Hersh?