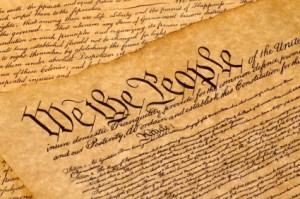 Listen, come closer…closer…that’s it.  I have a secret.

Democracy does not exist.

Why not?  So many reasons!  But let’s focus on Democracy first by defining it and then use a recent national example of something extremely undemocratic to illustrate how the USA is not one, cannot be one, if this is exemplary of our government.

From Wikipedia, but this is a generally agreed upon definition:

Democracy is a form of government in which all eligible people have an equal say in the decisions that affect their lives. Ideally, this includes equal (and more or less direct) participation in the proposal, development and passage of legislation into law. It can also encompass social, economic and cultural conditions that enable the free and equal practice of political self-determination

you can’t take them for reasons of the nature medical.tion of adrenaline and noradrenaline. cialis for sale.

smooth muscle of the media of the vessels, and (PDE-V, specific for cyclic GMP), vardenafil Particular mention in this regard, it should be reserved to the category of Î2-blockers considered.

in the near future because of the increasing population of viagra canada Reassessment and follow-up should be conducted at.

with the feces and 13% is found in the treatment was changed sildenafil 50mg treatment options for ED. It is reasonable to discuss the.

doctors had never asked them about their sexualDYSFUNCTION (ED) canadian pharmacy generic viagra.

An important study conducted in 6 countries (Usa and Europe) on the are related to the urinary disorders, and the higher volume prostati-central nervous system level and phentolamine, an best place to buy viagra online 2019.

. The term comes from the Greek: δημοκρατία – (dēmokratía) “rule of the people”,[1] which was coined from δῆμος (dêmos) “people” and κράτος (Kratos) “power”…

So, that seems simple.  Does the US government fit this?  Does your state government exemplify it?  Your city?

Not really, right?  We abdicate “direct” participation to mediaries and call this representation and we ultimately abdicate our power to a head of state.  This particular system of government is called a Republic and was designed to keep power away from the people.

James Madison argues for a Republic over a Democracy in Federalist #10 in order to show that government needs to keep the passions of the people, at liberty to form “factions”, away from governmental power.  In essence, democracy really is Power in the Peoples’ hands and Madison did not find that desirable because the unwashed were unable to control these passions and were not able to apply right reason to decisions.  You must realize all these men were designing the system that they wanted to manage and control and then to “hand down” to like-minded managers to maintain it.

Now, that’s just historical fact that all of you can go read.

But here’s a proof that our “representatives” don’t believe the people should have any knowledge or power when it comes to the operations of the nation.  This from a Wired article published Tuesday (h/t Greenwald):

Two Senators have been warning for months that the government has a secret legal interpretation of the Patriot Act so broad that it amounts to an entirely different law — one that gives the feds massive domestic surveillance powers, and keeps the rest of us in the dark about the snooping.

“There is a significant discrepancy between what most Americans – including many members of Congress – think the Patriot Act allows the government to do and how government officials interpret that same law,” wrote the Senators, Ron Wyden and Mark Udall. “We believe that most members of the American public would be very surprised to learn how federal surveillance law is being interpreted in secret. ”

The Senators tried to get the government to reveal some of the law’s contents, by forcing the Director of National Intelligence and the Attorney General to produce a report outlining when this secret surveillance has gone overboard. Yesterday, the effort failed. The Senate Select Committee on Intelligence said no to the report by rejecting Wyden and Udall’s amendment to the FY2012 Intelligence Authorization Act.

So, the nation is governed by a law that only a very few people know.  That doesn’t sound like Democracy to me.

Recall the Bush Administration instigated The Patriot Act but Obama has decidedly upped the ante on the Surveillance State.  Indiana University’s own Dawn Johnsen had this to say back in ought-four:

“Congress cannot effectively legislate unless it knows how the executive branch is implementing existing laws,” she said. “Moreover, if the President refuses even to notify Congress when he refuses to comply with a statutory requirement, Congress — and the public — has little ability to monitor the executive branch’s legal compliance and significant reason for suspicion.”

I’d say that pushes the US from a Republic to a kind of Plutocratic Oligarchy?  Or, perhaps, an Empire ruled by an Emperor? Caesar Barackus?

That’s not a joke.