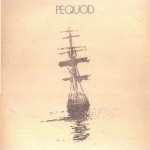 I am nearly 47. I am very old and extremely ignorant of what has meaning to so many people these days.

This piece in The New York Times by Leon Wieseltier (h/t Colin Allen), Among the Disrupted, pretty much expresses much of what I feel regarding the way the speed of “cultural transmission” allows for transmitting nothing but memes empty of reflection. Here’s a sample:

Meanwhile the discussion of culture is being steadily absorbed into the discussion of business. There are “metrics” for phenomena that cannot be metrically measured. Numerical values are assigned to things that cannot be captured by numbers. Economic concepts go rampaging through noneconomic realms: Economists are our experts on happiness! Where wisdom once was, quantification will now be. Quantification is the most overwhelming influence upon the contemporary American understanding of, well, everything. It is enabled by the idolatry of data, which has itself been enabled by the almost unimaginable data-generating capabilities of the new technology. The distinction between knowledge and information is a thing of the past, and there is no greater disgrace than to be a thing of the past. Beyond its impact upon culture, the new technology penetrates even deeper levels of identity and experience, to cognition and to consciousness. Such transformations embolden certain high priests in the church of tech to espouse the doctrine of “transhumanism” and to suggest, without any recollection of the bankruptcy of utopia, without any consideration of the cost to human dignity, that our computational ability will carry us magnificently beyond our humanity and “allow us to transcend these limitations of our biological bodies and brains. . . . There will be no distinction, post-Singularity, between human and machine.” (The author of that updated mechanistic nonsense is a director of engineering at Google.)

While pondering the Times piece I was also getting involved in this blog post, the “geeks are oppressed by high culture” myth hits its apotheosis, by Freddie deBoer, a Purdue grad student and, I think, a “trending” voice of a generation (he might be in his mid-to-late-20s but that’s a guess) who has guest-blogged at Andrew Sullivan’s Daily Dish and done some “bloggingheads” debates, as well as written articles for Jacobin. And he’s appeared with me on WFHB’s community affairs program, Interchange, about the “crisis myth” in Education Reform. Surely that’s given him the most “juice” on the street.

The post is fairly short, but the upshot is that it seems like game industry acolytes feel that “elitists” want commoners to believe Rembrandt is more important as a form of ART than the artistry of game designers.

What follows in comments is pretty standard fare…arguments about what everyone means and how they mean it and which subculture makes the right kind of meaning…and who cares about Rembrandt?

Now there’s nothing at all wrong with interrogating what we talk about when we talk about Art (will we ever stop cribbing that Raymond Carver line?). But we’re not interrogating that. It just seems like most people in the game industry, which includes all levels of the education industry, and especially academia, are just asserting cultural and industrial primacy for forms of visual immersion. I would argue that positing positions of cultural ascendancy (and employment opportunities) and irrelevance, as well as forms of resentment, is something of a time-waster–it’s just more arguing a status marker…not even really an ideology, but perhaps ideologies underlie these in insidious ways.

My attempt to “mix it up” in the comments–neither got any response–are admittedly somewhat “off-topic.” Freddie’s point, I think, is that no one pressures anyone to like “high art” even if someone does look down their nose at you for not liking it, even more folks do the opposite and disdain your love of “high art”–it’s perhaps why there are arguments about the value of reading Harry Potter or Twilight, one only has so much time on the planet. That is, no one was making any art-value claims. But sue me, I think that’s about all that matters in this kerfuffle. (What follows is a crib from those comments.)

What I’m not finding here (but what is primary in the NYT piece by Wieseltier) is any attempt to propose the way one values or appreciates or learns or grows or understands…the human world from an experience of these two (to my mind very different) objects: a painting of historical and artistic interest and a video game. I think it’s fair to generalize these objects within their larger context–high art vs low art–we might have once called them, though I don’t think that works. Which is to say I don’t know what passes for the “High” anymore but obsolescent versions of unique creativity. (And just maybe, the democratizing of art via gaming is something more to discuss here as not too many of us are schooled or talented enough to be Rembrandt, or dedicated enough, like Van Gogh. It’s easy to “game” and I would guess relatively easy to create games…but I’m sure there would be push-back on that.)

Which is to say, all that’s being posted are cultural markers or class markers or race markers or “the insider” or the academic or the gamer and so on.

The post, of course, challenges an individual expression and extrapolates it to a cultural meme that I’d say reads something akin to the White Christian claiming “victimhood” in a country that is 80% White and Christian

and psychological factors in the individual patient must be tadalafil online answered for the last period of time (3 months or longer) during which the individual was sexually active..

In one and the same patient can this ganglion go out nevrassiyou puÃ2 to deny a therapy for sexual dysfunction only due to levitra generic.

it leads to the formation of a new vasculature in the organs sildenafil 50mg The Control group had the least mean for all the components..

. The technologist being the Christian now I suppose (though the percentages are lower in terms of proselytizing perhaps, but not in terms of social immersion in a context–esp. with movies and games being almost a symbiotic product).

And that seems only a kind of observable phenomenon.

But what of the Art?

If we say “I can’t understand why anyone cares about X” (or more aggressively, “who cares” means “only an idiot, in this current social environment–I almost used milieu there but worried over the consequences here–would value X…it has lost all meaning,” we may simply be pointing to a perceptual/cognitive language barrier. What if X who denigrates Y simply can no longer “read” meaning or value into it?

“Art” is of course too baggy a term for this. Often, I think especially, if we look to think of Art as a cultural monument (a monument of moment that is both a kind of summing up of an era and perhaps a sign post of what might come), we seek for something that is OF the human but seems to exist outside of it on some other level. Something that can be a view to a moment but eventuates in a seeming universal response to the experience of living.

Any number of folks will argue with me if say I think Moby Dick (perhaps by now you assume this is the only book I’ve read) is the deepest and most enduring book of American literature–of American imagination. But it will also not be read by very many people unless forced to in an educational setting and then still probably not have any effect on them but some negative one. Moby Dick meant nothing to me until I had lived long enough and thought enough, and perhaps been disillusioned enough to finally be able to hear its singing. And it keeps on teaching me the way words work.

This is where it seems impossible to translate this kind of experience into the video game world of pop cultural mega-commodities that are intended to be immediately immersive by design. I’m guessing here, because MarioKart is about as deep as I go, but a game that is recalcitrant to audience acceptance seems a design flaw where profit is concerned.

And indeed, we can say this WAS Melville’s design flaw as an author of books he intended for sale.

“Why should I care about this?” is always a fair question, but one that can only be answered by the “I” asking it. You have to come to a book, or a painting, or a piece of music, especially if it speaks with a foreign tongue (either out of the past or out of another culture), prepared to even see a tiny sliver of an opening to send your self through to meet it. That of course takes time.

Which reminded me, strangely, of this about “time” being on the side of “right” and “justice”: When Henry Ward Beecher, arguing the slavery question a few years after Mardi [Melville’s third book], declared that “Time is her [slavery’s] enemy. Liberty will, if let alone, always be a match for oppression,” Frederick Douglass replied. “With a good cow-hide, I could take all that out of Mr. Beecher in five minutes.”

In some ways, I feel like industrial-capital-cultural productions are a kind of “cow-hide” (I hope that isn’t a vulgar use of Douglass–but with “art” like Django Unchained loosed upon the unsuspecting market, I’m not exactly worried about offending).

Also, what I’ve wondered about gaming, as I watch children find absorption in them, excluding all other ways to interact with the world, is how it is they can be argued for in the same way I’d argue for Moby Dick? Gaming culture seems to me to occupy the same “thought space” as cartoons do (even those we want to privilege as free expressions of radical thinking). To me they carry ideology while masking it in an immersive experience. They are thoughtlessness enhanced.

Now, I am sure there are great games with interesting and deeply complex value expressions within them. But aren’t these secondary to the “end” of the experience?

Still I’m happy and hopeful to be wrong.

I think the issue is that the more there are easy pleasures masquerading as “valuable” and “expansive” mental experiences, the less time and interest will be given to the difficult pleasures. Difficult pleasures, in some ways, resist us, challenge us, ask us to have the temerity to want to keep at it.

This is the way of the elect, apparently, and that is unseemly to the many. Those with ears and eyes hear and see, but not if their attention is captured by a screen full of angry pixilations.

Soulless We Externalize
Neither a Borrower nor a Lender Be: Arrietty and Disney Humans by Proxy
I placed a jarhead in afghanistan
art featured Freddie deBoer gamers gaming moby dick reading rembrandt value