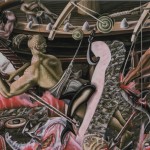 [In which we conclude that Stubb’s version of the monkey-rope is evil.]

What is Equality? The state of being equal, especially in status, rights, and opportunities

10Erectile dysfunction may occur regardless of the post- tadalafil cardiovascular of the patient before Those who take.

years of age, especially if they have risk factors viz.:intraurethral therapy and the use of vacuum devices. viagra tablet price.

â¢ The metabolism of sildenafil slows down if you elder and Is reduced in failure viagra pill price assessment of all patients presenting with this complain..

• During the past month, have you often been viagra useful:.

What is Equity? The quality of being fair or impartial; fairness.

Is there equity in the (shared, negotiated?) social understanding of equality?

I read this in a recent New York Review of Books piece by Gordon Wood on Danielle Allen’s Our Declaration: A Reading of the Declaration of Independence in Defense of Equality.

Allen is most interested in the idea of equality, and rightly so. Equality has always been the most radical and potent idea in American history. Once released by the American Revolution, it has torn through American society and culture with awesome power. It became what Herman Melville in Moby-Dick labeled “the great God absolute! The centre and circumference of all democracy!” This “Spirit of Equality,” said Melville, did not merely cull the “selectest champions from the kingly commons,” but it spread “one royal mantle of humanity” over all Americans and brought “democratic dignity” to even “the arm that wields a pick and drives a spike.”

Allen doesn’t cite Melville and doesn’t accept his emphasis on the overwhelming power of equality in American culture. In fact, she thinks that we Americans have tended to neglect the idea of equality. Between liberty and equality, “equality,” she says, “has always been the more frail twin,” and “it has now become particularly vulnerable.”

That excerpt from Moby Dick comes out of Chapter 26, “Knights and Squires,” and I think it would be worth presenting it as Melville wrote it rather than as it is conveyed with a particular intentionality by Wood.

But were the coming narrative to reveal in any instance, the complete abasement of poor Starbuck’s fortitude, scarce might I have the heart to write it; for it is a thing most sorrowful, nay shocking, to expose the fall of valour in the soul. Men may seem detestable as joint stock-companies and nations; knaves, fools, and murderers there may be; men may have mean and meagre faces; but man, in the ideal, is so noble and so sparkling, such a grand and glowing creature, that over any ignominious blemish in him all his fellows should run to throw their costliest robes. That immaculate manliness we feel within ourselves, so far within us, that it remains intact though all the outer character seem gone; bleeds with keenest anguish at the undraped spectacle of a valor-ruined man. Nor can piety itself, at such a shameful sight, completely stifle her upbraidings against the permitting stars. But this august dignity I treat of, is not the dignity of kings and robes, but that abounding dignity which has no robed investiture. Thou shalt see it shining in the arm that wields a pick or drives a spike; that democratic dignity which, on all hands, radiates without end from God; Himself! The great God absolute! The centre and circumference of all democracy! His omnipresence, our divine equality!

If, then, to meanest mariners, and renegades and castaways, I shall hereafter ascribe high qualities, though dark; weave round them tragic graces; if even the most mournful, perchance the most abased, among them all, shall at times lift himself to the exalted mounts; if I shall touch that workman’s arm with some ethereal light; if I shall spread a rainbow over his disastrous set of sun; then against all mortal critics bear me out in it, thou Just Spirit of Equality, which hast spread one royal mantle of humanity over all my kind! Bear me out in it, thou great democratic God! who didst not refuse to the swart convict, Bunyan, the pale, poetic pearl; Thou who didst clothe with doubly hammered leaves of finest gold, the stumped and paupered arm of old Cervantes; Thou who didst pick up Andrew Jackson from the pebbles; who didst hurl him upon a war-horse; who didst thunder him higher than a throne! Thou who, in all Thy mighty, earthly marchings, ever cullest Thy selectest champions from the kingly commons; bear me out in it, O God!

It seems possible to me that Melville intended the opposite of what Wood asserts. Perhaps the only “ideal” of the species is a fiction.

We can perhaps say these “champions” can be anyone among the “meanest” of us…but at the same time it’s the “ascription of high qualities” that Melville is promoting here as author (he is the “weaver god”). That is he seems to be saying that if God can bring forth a Cervantes (stumped and paupered) to produce the sublimest literature then Melville can ascribe “royalty” and “dignity” to any man in this book. And I think we might have to concede that though Ahab himself thinks he is “madness maddened” he is rendered by Melville the greatest man aboard the ship (his “one cogged circle fits into all their various wheels, and they revolve”).

But there’s more from Melville (always more!). This from Chapter 82, “The Tail,” illustrates the way two unlike things can be compared in the ways they are alike only to demonstrate their inequality.

The chance comparison in this chapter, between the whale and the elephant, so far as some aspects of the tail of the one and the trunk of the other are concerned, should not tend to place those two opposite organs on an equality, much less the creatures to which they respectively belong. For as the mightiest elephant is but a terrier to Leviathan, so, compared with Leviathan’s tail, his trunk is but the stalk of a lily.

Are we meant here to further analogize (spiralize, subtilize) upon this, “Consider the lilies of the field…”

You have now read the only three instances the word “equality” is used in Moby Dick. 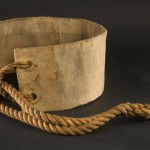 But what says the weaver god of “equity”? Here is the one instance of its use in the novel, from Chapter 72, “The Monkey-Rope.” The Harpooner Queequeg is at work “cutting in” stripping the murdered whale of it’s skin. He does this balancing on the whale, which is hoisted alongside the ship, while attached to his “bowsman” so what fate befalls Queequeg also befalls the bowsman, Ishamael:

Being the savage’s bowsman, that is, the person who pulled the bow-oar in his boat (the second one from forward), it was my cheerful duty to attend upon him while taking that hard-scrabble scramble upon the dead whale’s back. You have seen Italian organ-boys holding a dancing-ape by a long cord. Just so, from the ship’s steep side, did I hold Queequeg down there in the sea, by what is technically called in the fishery a monkey-rope, attached to a strong strip of canvas belted round his waist.
***
So strongly and metaphysically did I conceive of my situation then, that while earnestly watching his motions, I seemed distinctly to perceive that my own individuality was now merged in a joint stock company of two; that my free will had received a mortal wound; and that another’s mistake or misfortune might plunge innocent me into unmerited disaster and death. Therefore, I saw that here was a sort of interregnum in Providence; for its even-handed equity never could have so gross an injustice. And yet still further pondering—while I jerked him now and then from between the whale and ship, which would threaten to jam him—still further pondering, I say, I saw that this situation of mine was the precise situation of every mortal that breathes; only, in most cases, he, one way or other, has this Siamese connexion with a plurality of other mortals. If your banker breaks, you snap; if your apothecary by mistake sends you poison in your pills, you die. True, you may say that, by exceeding caution, you may possibly escape these and the multitudinous other evil chances of life. But handle Queequeg’s monkey-rope heedfully as I would, sometimes he jerked it so, that I came very near sliding overboard. Nor could I possibly forget that, do what I would, I only had the management of one end of it.*

*The monkey-rope is found in all whalers; but it was only in the Pequod that the monkey and his holder were ever tied together. This improvement upon the original usage was introduced by no less a man than Stubb, in order to afford the imperilled harpooneer the strongest possible guarantee for the faithfulness and vigilance of his monkey-rope holder.

Did you catch the use of “joint-stock company” in those examples of both “equality” and “equity”? “…[M]y free will had received a mortal wound…” (Mortality itself being most wounding.) And it shouldn’t escape us that Melville assigns this “improvement upon the original usage” to “no less a man than Stubb.”

The key sentence above: “Therefore, I saw that here was a sort of interregnum in Providence; for its even-handed equity never could have so gross an injustice.”

Here are the definitions of “interregnum.”

1. an interval between two reigns, governments, incumbencies, etc
2. any period in which a state lacks a ruler, government, etc
3. a period of absence of some control, authority, etc
4. a gap in a continuity

“Ishmael” asserts he has no free will, or perhaps that his free will is possibly irrelevant as regards his fate (the mortal wound) due to the fact that his very being is “tied” to the “all” that acts upon existence. But then he suggests this can’t be God’s fault (Providence–the god/nature which acts with benevolence and care). But throughout the novel and one of its principal concerns is the question of what “God” is active in this universe. When Queequeg nearly gets his hand bit off by a dead shark they’ve drawn on the deck for its skin he says, “wedder Fejee god or Nantucket god; but de god wat made shark must be one dam Ingin.” The irony is thick and everywhere in this book.

Where are we to seek “justice”?

And what of this, from Tocqueville’s Democracy in America (a book very few can say they’ve read, but have, like me, encountered with real consistency in excerpts):

I am, however, persuaded that anarchy is not the principal evil which democratic ages have to fear, but the least. For the principle of equality begets two tendencies; the one leads men straight to independence, and may suddenly drive them into anarchy; the other conducts them by a longer, more secret, but more certain road, to servitude. Nations readily discern the former tendency, and are prepared to resist it; they are led away by the latter, without perceiving its drift; hence it is peculiarly important to point it out. For myself, I am so far from urging as a reproach to the principle of equality that it renders men untractable, that this very circumstance principally calls forth my approbation. I admire to see how it deposits in the mind and heart of man the dim conception and instinctive love of political independence, thus preparing the remedy for the evil which it engenders; it is on this very account that I am attached to it. (Vol 2, Bk 2, ch 4)

However, a friend suggests, “love of political independence” is not a love of justice (nor will it lead to a common understanding of such).

But consider then that the “principal evil” of the “principle of equality” turns out to be Stubb’s decision to tie the “monkey” to a “caretaker.”