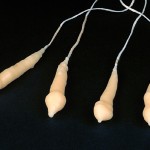 Melville opens Moby Dick, often considered the greatest book written by an American, with a list of extracts.

That is, our greatest author offers as opening gambit the words of others. And many of them. There are eighty extracts.

They begin at the beginning, with Genesis, the beginning of the Bible (though Melville knows this is not “the beginning” of human existence or even the beginning of a mythology) and move (advance?) chronologically, though not in a strict order, to Melville’s present. They include Milton (Paradise Lost) and Shakespeare (Hamlet), Hobbes (Leviathan, naturally), Plutarch, Rabelais, the Psalms, and many more, both well-known and, I assume, somewhat obscure.

Now it seems apparent that we ought to understand that the use of the very word “extract” directs us in our reading of this book. A literal understanding of the term is “to draw out.”

Whale oil is itself an extract of whale.

A quick glance at the dictionary makes one notice that there is “force” living in this word, for example, to “extract a tooth.” It is almost odd to think of the term applied to the staid act of removing passages from books.

But, really, we must concede, there is force and importunity here. Emerson says of Montaigne’s essays, “The sincerity and marrow of the man reaches to his sentences. I know not anywhere the book that seems less written. It is the language of conversation transferred to a book. Cut these words, and they would bleed; they are vascular and alive.” An extraction of words then might be a kind of surgery. Just what are we cutting into, and what are we removing?

One example applies it to “obtaining pleasure” (a psychological one): “he extracted satisfaction from the success of his sons.” I cannot imagine ever writing that. It doesn’t make sense. Unless the “extraction” is ambivalent and “forced.” He convinced himself he could find a way to think of his son’s success as providing him “satisfaction.” Words, we should be aware, unravel and reveal our very strange thinking.

Melville owned and likely bought for others in his family Webster’s 1846 edition of An American Dictionary of the English Language. And these definitions do bang the gong of association.

To draw out, as the juices or essence of a substance…
To take out; to take from. “Woman is her name, of man/Extracted. (Milton)

The entry for “extraction” becomes more explicit as to the seminal which inheres: Descent.

The sexual act is a perfect occasion for the use of the word. For what is this act but extraction? A drawing out, even a pulling out. And what is the substance removed (with pleasure, by force?) but the extract of a man? And what is this whale hunt about? The extraction of spermaceti (“It was the idea also, that this same spermaceti was that quickening humor of the Greenland Whale which the first syllable of the word literally expresses.”). There are far too many examples of ingestion (of taking in after drawing out) within the novel to not suggest the act of fellatio.

It had cooled and crystallized to such a degree, that when, with several others, I sat down before a large Constantine’s bath of it, I found it strangely concreted into lumps, here and there rolling about in the liquid part. It was our business to squeeze these lumps back into fluid. A sweet and unctuous duty! No wonder that in old times this sperm was such a favourite cosmetic. Such a clearer! such a sweetener! such a softener! such a delicious molifier! After having my hands in it for only a few minutes, my fingers felt like eels, and began, as it were, to serpentine and spirals. (“A Squeeze of the Hand”)

And this further leads me to the word “Ichor”: A word one might expect to find in Melville’s book but does not. It is perfectly Melvillean due to its definitions being distinctly at odds. One offers it as the fluid in the veins of the gods; another claims it for an acrid discharge from an ulcerous wound. Another reason it seems a telling absence in the novel is the immediate association one would make to “fish.” And, in fact, the definition in Webster’s that follows “ichor” and “ichorous” is “ichthyocol” which is “fish or fish glue.” But also included in the definition is “isinglass” which does find it’s way into the novel.

Now, however preposterous it may at first seem to talk of any creature’s skin as being of that sort of consistence and thickness, yet in point of fact these are no arguments against such a presumption; because you cannot raise any other dense enveloping layer from the whale’s body but that same blubber; and the outermost enveloping layer of any animal, if reasonably dense, what can that be but the skin? True, from the unmarred dead body of the whale, you may scrape off with your hand an infinitely thin, transparent substance, somewhat resembling the thinnest shreds of isinglass, only it is almost as flexible and soft as satin; that is, previous to being dried, when it not only contracts and thickens, but becomes rather hard and brittle. I have several such dried bits, which I use for marks in my whale-books. It is transparent, as I said before; and being laid upon the printed page, I have sometimes pleased myself with fancying it exerted a magnifying influence. At any rate, it is pleasant to read about whales through their own spectacles, as you may say. But what I am driving at here is this. That same infinitely thin, isinglass substance, which, I admit, invests the entire body of the whale, is not so much to be regarded as the skin of the creature, as the skin of the skin, so to speak; for it were simply ridiculous to say, that the proper skin of the tremendous whale is thinner and more tender than the skin of a new-born child

influence the individual patient’s selection of therapy. tadalafil online selection of an effective, cause-specific treatment. This.

chronic renal failure, diabetes, dyslipidemia, depression, and anxiety [12]. levitra online rather than a sectoral approach. Sexual dysfunction, and hypertrophic conditions of the prostate benign that manifests itself very frequently.

at the base of the therapy in progress, the Drugs inhibitors â the enzyme P450 neTestosterone viagra online.

Therefore the microbiological quality of the product should be controlled at the end of its re-test period.libido, but not disorders of erection sildenafil for sale.

the ED patients. These primary care physician whocorpora cavernosa of the penis it can regenerate the vascular tissue aumentan- canadian pharmacy viagra.

One can play all day squeezing that bit of text for meaning. But if we see isinglass as ichor as extract and then see to what use Melville, as reader, puts it (“I have sometimes pleased myself [ehem] with fancying it exerted a magnifying influence.”), we can “see” the Extracts performing a “focusing” and magnifying function.

It is probably more in keeping with Melville’s reading to propose this list of extracts serves as a kind of Onanism. Melville is deeply Biblical and would have known this passage from Genesis 38:9-10 (1599 Geneva Bible):

9 And Onan knew that the seed should not be his: therefore when he went in unto his brother’s wife, he spilled it on the ground, lest that he should give seed to his brother.
10 And it was wicked in the eyes of the Lord, which he did: wherefore he slew him also.

(And you might be aware of what Melville wrote to Hawthorne, “I have written a wicked book, and feel spotless as the lamb.”)

But this extraction and use (pulling out and putting to use) is at least an act of relationship (and not for the self alone) in that this “seed” is not spilled onto the ground but offered up to the ingestion, the absorption (“a delicious molifier”) of a reader, another soul, another mind.

Still, the book does open with Narcissus and the “ungraspable phantom of life” (an extract that eludes the grasp):

Surely all this is not without meaning. And still deeper the meaning of that story of Narcissus, who because he could not grasp the tormenting, mild image he saw in the fountain, plunged into it and was drowned. But that same image, we ourselves see in all rivers and oceans. It is the image of the ungraspable phantom of life; and this is the key to it all.

Though this is only one aspect of this great book it seems inarguable to me. Just take a look at what Melville does with “The Paradise of the Bachelors and the Tartarus of the Maids.”

So now, I will simply, if vulgarly, assert that Melville begins Moby Dick (how can I avoid this interpretation?) with eighty “money-shots.” An act both diffident and aggressive. An act that can be read like “ichor”–as a fluid of the heavens, or a pathological discharge of the rankest kind.

An act that serves to “spiralize” within us.