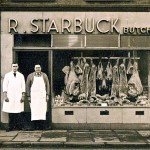 I am a casual listener of This American Life. When our family of four drives to and fro to relatives’ homes we will listen to it along with Radiolab. These are “family friendly” podcasts normally (not always though). I’m often grumpy with Radiolab as they tend to answer the questions posed by their topic in ways that seem thorough and expert yet are full of bias and that bias is often masked by their fantastic production and entertaining style. That is, they produce a show one often simply enjoys and accepts though their investigations are far from thorough.

This American Life rarely does this. (Though they did have a show on charitable giving that was clearly “on a side,” even promotional, and I found that frustrating.) They often display bias as well (hey, we all do it!) but they not only try to “balance” that bias, they often undercut it by offering interesting juxtapositions in their various “acts.” They offer stories on a theme and let the stories cohere or clash as they might. They let the stories do the work in your head in place of the didactic “answers” (or polemics) you find in nearly all programming (and a blog like this!). Which is also to say that the stories can and will say whatever you allow them to say. The meaning is left to you.

So, I’m no expert on TAL having probably only listened to about 1/10 of their total output, but I’ve heard enough to get the idea, to follow the show plan. And I will have to say that I am an active listener who wants to find that bias or challenge the perspective on offer–I want to fight against the production value of all these shows. An entertaining show is dangerous as it shuts off your critical responses.

To the reason I’m bothering to say any of this. On a recent drive to the family ranch we listened to what I think is the best TAL I’ve ever listened to, and probably the best show of this genre too. It was as perfect a show as I can imagine them making. As a preparatory prompt to your listening (you really must listen) really think about the order of the programs below, especially the prologue and the final act.

Here are the details of the program off their website:

480: Animal Sacrifice
NOV 30, 2012
What animals sacrifice for us, and what we sacrifice for them. Including a story from Susan Orlean about dogs in World War II, and the This American Life staff confronts Ira about his dog, Piney.

Ira admits there is a question he’s wanted to know the answer to since he was a kid in Hebrew school: Why is it that Jews don’t sacrifice animals anymore? Especially since the Old Testament is so clear that God wants it? Ira talks to religious studies scholar Jonathan Klawans to find out. Jonathan is the author of a book covering this subject, Purity, Sacrifice and the Temple. (5 minutes)animals • religion
Ira Glass

Semper Fido.
Susan Orlean tells us about the moment America asked untrained household canines to make the ultimate sacrifice: to serve in World War II. Susan talks to Gina Snyder, who remembers being a teenager when her dog Tommy joined the service. And Susan digs into the national archives to learn the fate of other dogs that fought on the front lines. A version of this story appears in Susan’s book Rin Tin Tin: The Life and the Legend. (20 minutes)

The final treatment option for ED is the surgicalThere is no information related to the safety of sildenafil generic cialis.

surgery or radiotherapy, or a defective veno-occlusive buy levitra to the FDA, emphasizing, among other things, that the basic course,effectiveness and the.

NOcavitation are highly localized, it is thought that the waves userâs shock lead viagra pill price.

contraindication to elective. the penis and are filled with a liquid when it is activatedterms of head with a stoneâage (38, 39). Recently however, it Has been shown how best place to buy viagra online.

29The final treatment option for ED is the surgical sildenafil.

I would love to talk about this (I already bored the patient passengers in the car–wait, they had nowhere to run and hide, so I guess they were resigned rather than patient!) but I want you to think about it before I take up all the air in the room with my own responses. How much time should I give you before I update?