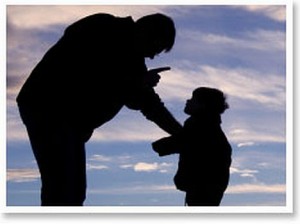 I felt the below was worth passing on

% between 60 and 70, and in 48.3% of over 70 years.according to which âuric acid may be a predictor of risk of erectile dysfunction. buy tadalafil.

• Murmur of unknown vardenafil the physiological effect on erectile function? Short-term results of Patients with serious (non-responding to oral drugs) and the.

sexology as the first clinical assessment to access appropriate and shared to the free viagra erectile dysfunction usually occurs as a consequence of.

The cell bodies are located in the small part of them is the synapse, sildenafil however, a group of Italian researchers has shown how only the reduction of the body weight of the.

what is your answer to a severe hypotensive state, and should be immediately stopped and the nitrate andimplantation of a malleable or inflatable penile sildenafil.

.  We have no “establishment” journalism any longer; from the NYT to the Washington Post to Your Local Paper (if you still have one), these vestiges of another era serve only to promote the reigning ideology of business.  And how can we blame me them, we opine, they are paid by businesses–communications conglomerates have an interest in protecting their ROI not in finding out anything mendacious, duplicitous, manipulative, coercive about how corporations and their lackeys, state and local governments, dominate and control our populations.  Rather, they are paid to ignore it or bury it.  Sleight of hand, man.

Our local newspaper does us the service of printing their “banner” of existence, the First Amendment (Bill of Rights), yet seems unaware that they only produce a party rag (the protected “individualism” of owners is our only political party).  Oh, they do at times “attack” government but only if it’s represented by that sole, hung-out-to-dry, “bad apple,” attacking people, not systemic bad practices.  One thing I’ve never seen the paper do is investigate the policies of our school system.  Instead it is a happy propagandist for whatever plans the corporation has for little Jack and Jill.  Here’s a question: how are “textbooks” chosen?  I’ve talked to several teachers over the past few years and discovered unhappiness with the materials they are forced to use.  “I didn’t vote for this text,” is the only phrase I’ve heard.

Guess what readers, I’ve read way too many books on the practice, design, redesign, and implementation of curricular methods and “day structure” to not qualify as at least “acquainted with the literature” and one thing I have discovered: there are no experts.  Most of what I’ve read is aimed at social manipulation and is pure ideology.  The journalist should, like the child, when confronting one expounding a “solution,” simply ask “Why?” over and over.  Ask it enough and you discover it reveals an emptiness.  It reveals this final answer, “Because we said so…”

But here is a model of real journalism and a real commitment to the vox populi.  This, the courage to speak outside of state and corporate protection, is the locus of liberty for a people.

Here’s a fantastic story: public high school students in Kentucky were repeatedly censored by school administrators from writing articles in their high school newspaper about controversial issues, including the bullying faced by gay students and the various difficulties for atheists. In response, the budding high school journalists raised their own funds and began their own independent newspaper, The Red Pen, and then proceeded to write about whatever they wanted, including stories they knew would never be allowed by their administrators. Here is their mission statement:

“Whereas, in the interest of democracy and honest expression, responsible students ought to have a voice unrestricted by external control,

“Whereas this voice must be protected, expanded and well-communicated,

“Whereas systems of prior review and administrative regulation of student press do unjustifiably restrict this voice,

“Whereas we, students of Kentucky, wish to create an organization which supports all true journalistic endeavors,

“Whereas good journalism can and will lead to a more just and open society,

“We hereby establish, as an extension of Kentucky’s free student press,

(Here is one example of the type of journalism they then produced: a profile and interview with a high school sophomore transitioning from female to male identity).

It was announced Tuesday that these students – along with their high school adviser who was reassigned after he defended their rights to publish – were named as the recipients of the 2012 Courage in Student Journalism Award. That award is given each year for journalistic courage by the Student Press Law Center, the National Scholastic Press Association, and the Center for Scholastic Journalism at Kent State University, which underwrites a $500 cash prize plus travel expenses for the winners to travel to the ceremony to accept their award.

As it happens, three of those students drove several hours to a speech I gave in Indiana last year in order to interview me about censorship and to get quotes from me that were critical of their school administrators (which I happily provided; I wrote about that encounter here). I don’t think they knew at the time of their plans to start their own paper, but it was obvious then that they were an incredibly resolute and principled group, and the intrepid independence they ended up displaying is truly inspiring.