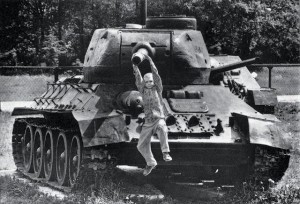 People get interested and involved in issues and dilemmas that primarily affect them personally, physically, specifically.  I get that.  Me too.  Yo tambien.

However, it seems to me that a particular injustice or unfairness normally has tentacles that seek to attach themselves in myriad sucking ways to all aspects of life generally.

The recent arbitrary and arbitrarily legal decision by the Mayor of Indianapolis to revoke the Charter of the Indianapolis Project School (it has a counterpart in Bloomington as well and I would suggest that community realize that there but for the grace of…what exactly…go thou) is an example of a political and interested decision made by biased members of the city and state government.  One cannot come to any other conclusion when the deputy Mayor is a former bag man and enforcer for KIPP schools.  But now this is endemic and is becoming normalized.  This is the Indiana Department of Education serving as the agent for borderless (ie, non-local) “progressive” education (ie, technology- and standards-laden education) implemented by careerists tethered to corporate purveyors of “educational” products (not to mention those more interested in real estate profits gained via gentrification and/or excessive rental fees on portfolio property paid by tax dollars).

A very real difficulty, as one reader pointed out in comments (yes, it was my mom), is the the preponderance of progressive spin that gets projected out to the “public” via media savvy corporatists.  No one in “journalsim” ever has the temerity to call out these ignoble, self-serving operators.  That’s not a surprise, though, as their newspaper or radio station or television station is likely owned by a conglomerate with very strict rules regarding how to “play” and breaking (or even bending) these rules would likely cost one’s employment.  Live in that space long enough–or grow up in that space–and it’s likely you don’t even question the spin.  You call it a position and let it ride.  Folks who might disagree are often politically weak, or geographically disparate enough to have no power at all to oppose the spin.  And even if they do, it is not mainstream and so can be diminished and ignored: no press releases or spokespeople called the journalist to offer a position…perhaps a parent or two, and it will be claimed they are obviously too “self-interested” to offer a valid counterpoint!

By now I hope you noted that this is “progressive” spin.  Technology and business are progressive.  They are not liberal yet it is a “liberal” position to think innovative methods can be applied via technology systems that will “equalize” educational opportunities.  Think on it.  Consider the definitions short cuts to non-thinking acceptance of “sides.”  You might read the last post regarding the naturally circular continuum of Left and Right positions (“Paving the Way“).

This kind of approach privileges the operator who looks to expedience and efficiency first, looks to the bottom-line cash outcomes, and as the directing motivation of the project.  The actual content and delivery (and quality and benefit) of a product is always secondary (at best).  The rationalizations are easily overlain upon this first motivation and we eventually find ourselves back at the invisible hand that promises that self-interested actions in aggregate balance to the good.  (So much for moral or private conscience.)

Recently I had a conversation with a college student about trying to establish a “first principle” for our conscientious actions–you know those things we do that we actually think about whether we should or shouldn’t do them (I believe these willed and reasoned choices will also mould those myriad unconscious actions we let happen to us without consideration).  As I was in Concord, Massachusetts the ghost of Thoreau seemed to enter me.  Thoreau, in “Resistance to Civil Government,” wrote that a person, when confronting injustice perpetrated by the state, must stand by her own conscience.  His particular example was paying taxes to the state, and by extension to the federal government, engaged in activities like slavery and aggressive foreign wars.  Why should we collaborate and cooperate in the perpetration of acts that we know to be wrong?  We can’t say they’re wrong, feel they’re wrong, and then still pay our taxes enabling the wrong acts.  We are thus compromised and corrupted.  How you ACT upon your belief “as if” you were free, and how those actions affect others who act “as if” they were free, is what is called Society and often civilization.

Once you decide, after doing the WORK of deliberation and intelligent diligence in considering an issue, you must ACT.  Thoreau refuses to pay the tax that will fund the evils that are slavery and the aggressive and violent thievery that is war.  It is the NEXT event that makes meaning in society.  The tax collector was at this time a local representative who personally collected funds from a town’s citizens.  The tax collector actually came to your door.  (This is important.)  Thoreau, in the essay, makes clear that this is where the friction must be applied to the machine.  You must say NO to the person who is standing in for the state, who IS the state and so is asserting the right to enslave and murder.  Say NO and explain yourself.  Then the state must decide what to do.  In this scenario the state is a person from town who you know and who knows you (and your family).  The state is not fully an abstraction and not fully a faceless bureaucracy.  There he is, in front of you.  The tax collector, as a person, a neighbor, a friend (or possibly an enemy), a father, a son, a physical being must then decide how to respond to you.  Thoreau would have the tax collector realize the vile nature of the state’s designs and actions and resign the post.  One will become two and the peaceful revolution ensues.

But the tax collector may (more probably will) put you in chains and lock you in a cell.  He may fear the state and fear the loss of his gainful employment.  This is the state’s coercion (the corporation’s too).  Laws, no matter if they are just, or good, or beneficent and rather are wrong, unjust, and malignant, are GIVEN force.  In that way we make Wrong into Right.

Yesterday there was a philosophical proposition published in the Guardian newspaper that drone wars were more moral than “conventional” war (“There’s no downside,” quoth he).  The philosopher (must we call apologists for war powers “philosophers”?) was of course biased, being under contract to an educational branch of the armed forces.  These kinds of things make me sick to my stomach.  This is a progressive view of war.  The progressive is a utilitarian who takes great pride in discovering morality in an equation.  Ethics has become a branch of thought designed to allow or equivocate all bad acts.

We are immoral not “by nature,” but rather by choice; because if we can assert a reason NOT to do something and yet still do it we have chosen immorality.  The reasons we pile up as justifications are simply rationalizations.  Utility is a rationalizing philosophy.  Spend time reading any of the philosophy on the morality of killing in war and you are confronted with the realization that the devil is indeed IN the details.  The devil is in the rationalization to justify killing.  (I have a particular liking for Jeff McMahan out of Rutgers, and I’ve come to think that he is to the philosophy of killing as the computer, named “Joshua” after the inventor’s dead child, was to game theory in the movie “War Games”–someone who points out that he can find a rational for killing nearly anyone at anytime and thus showing that WAR is only actuarial and political and ALWAYS immoral–ie, the outcome an assured destruction.  But he might not think that’s what his work says!)

All academic philosophical arguments about war, about the prosecution of war, START with the assumption that the war is “JUST.”  To argue that you are allowed to murder other people in war you must first believe and/or state hypothetically that the murder is “justified” by the frame of the Just War.

Here is my understanding of “just” murder: you are about to be killed yourself and out of defense against that aggression you kill your assailant.  We allow that you are justified to protect family in the same manner and we would even extend this to a peripheral relation: if you are able to protect someone about to be killed (this circumstance is a muddy one though).

All of the above hinges on imminence: you (or others in physical proximity) are facing certain violence and likely death.  We justify killing in that circumstance.  We have always justified self-defense.

We seek to extend the “self” to family–then to tribe–then to state–then to nation–then to corporation–then to progressive interests.  You can see that this is a massive extension that can never be just and certain in its outcomes.  And we then happily allow “collateral” murder.

What makes much of this quite easy to “stomach” for so many of us is that we do not personally, physically, emotionally perpetrate these murders.  Some have argued that it is only the risk to life itself that makes war even minimally “just”–that you must be prepared to die if you are prepared to murder.  If you insulate the murderer from the chance of being killed then it is no longer “war” but strategic and targeted political murder.  This seems akin to saying the rules of war are about “playing fair.”  Do you see how maddening it all is.

Ultimately, to me, this is human abstraction at its worst; to me this is what evil is.

I started with an arbitrary and bureaucratic application of self-interested power that has had ramifications of great import to individuals and families.  Those effects are irrelevant to progressive and capital and political utility.  This is always a “projective” proposition.  “We had to destroy you to make way for better days and better ways; and we know best.”

They are collateral happenstance.  More is on the way unless you and I and all our friends and family stand against it and suffer, with dignity, the consequences.

Thoreau, echoing the Biblical injunction Abraham attempts to apply as limit to his God, Yahweh, who is asserting a “just war” proposition, says,

I know this well, that if one thousand, if one hundred, if ten men whom I could name—if ten honest men only—ay, if one HONEST man, in this State of Massachusetts, ceasing to hold slaves, were actually to withdraw from this co-partnership, and be locked up in the county jail therefor, it would be the abolition of slavery in America. For it matters not how small the beginning may seem to be: what is once well done is done forever.

Unfortunately, he follows this with a more conspicuous and obvious reality: “But we love better to talk about it: that we say is our mission. Reform keeps many scores of newspapers in its service, but not one man.”