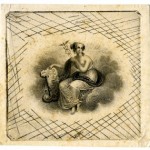 Having neither the wherewithal nor the erudition (nor the patience, nor expectation of readership) to craft a cogent article on the fact that Western civilization as represented by governments and ideologies serving “manifest destiny” as created in minds “blessed” with thousands upon thousands of square miles of “empty” geography has from its inception been keenly aware that certain if not all of its conceptions would lead to unfettered iniquity, I offer only one thought and then leave you to an essay by Lewis Lapham that will expand upon it.

Lapham’s article has been posted all over the place in the last few days.  It is worth the effort and expense of time (oh abstractions).

Well, in the mode of “expansionism…”

Why I felt compelled to post this was this quote offered from an essay by Thomas Paine on the evils of paper money: “Paper notes given and taken between individuals as a promise of payment is one thing, but paper issued by an assembly as money is another thing. It is like putting an apparition in the place of a man; it vanishes with looking at it, and nothing remains but the air.”

But there is more from Paine, much more–and this follows (though not in the Lapham essay): “Money, when considered as the fruit of many years’ industry, as the reward of labor, sweat and toil, as the widow’s dowry and children’s portion, and as the means of procuring the necessaries and alleviating the afflictions of life, and making old age a scene of rest, has something in it sacred that is not to be sported with, or trusted to the airy bubble of paper currency.”

And this must be seen as clear prescience as if, though in an age dispensing with magic, Paine had scryed the future in a glass: “One of the evils of paper money is that it turns the whole country into stock jobbers. The precariousness of its value and the uncertainty of its fate continually operate, night and day, to produce this destructive effect. Having no real value in itself it depends for support upon accident, caprice, and party; and as it is the interest of some to depreciate and of others to raise its value, there is a continual invention going on that destroys the morals of the country.”

Listen to this, from 1848, far enough in the future to have the benefit of historical understanding (3 generations has changed the world):

The bourgeoisie cannot exist without constantly revolutionising the instruments of production, and thereby the relations of production, and with them the whole relations of society. Conservation of the old modes of production in unaltered form, was, on the contrary, the first condition of existence for all earlier industrial classes. Constant revolutionising of production, uninterrupted disturbance of all social conditions, everlasting uncertainty and agitation distinguish the bourgeois epoch from all earlier ones. All fixed, fast-frozen relations, with their train of ancient and venerable prejudices and opinions, are swept away, all new-formed ones become antiquated before they can ossify. All that is solid melts into air, all that is holy is profaned, and man is at last compelled to face with sober senses his real conditions of life, and his relations with his kind.

The need of a constantly expanding market for its products chases the bourgeoisie over the entire surface of the globe. It must nestle everywhere, settle everywhere, establish connexions everywhere.  (Marx & Engels, The Communist Manifesto)

Instability of forms–recall that this is an era of massive change; alchemy has become chemistry, and thinkers are using the metaphors of the new science.  But what has changed too is the nature of human relations.  We become abstractions and we are put to use.

Thoreau, from possibly the greatest essay by an American, also 1848, elaborates upon this (one extract from the beginning, one from the end):

The mass of men serve the state thus, not as men mainly, but as machines, with their bodies. They are the standing army, and the militia, jailers, constables, posse comitatus, etc. In most cases there is no free exercise whatever of the judgment or of the moral sense; but they put themselves on a level with wood and earth and stones; and wooden men can perhaps be manufactured that will serve the purpose as well. Such command no more respect than men of straw or a lump of dirt. They have the same sort of worth only as horses and dogs. Yet such as these even are commonly esteemed good citizens. Others, as most legislators, politicians, lawyers, ministers, and office-holders, serve the state chiefly with their heads; and, as they rarely make any moral distinctions, they are as likely to serve the devil, without intending it, as God. A very few, as heroes, patriots, martyrs, reformers in the great sense, and men, serve the state with their consciences also, and so necessarily resist it for the most part; and they are commonly treated as enemies by it. A wise man will only be useful as a man, and will not submit to be “clay,” and “stop a hole to keep the wind away,” but leave that office to his dust at least…

I know that most men think differently from myself; but those whose lives are by profession devoted to the study of these or kindred subjects, content me as little as any. Statesmen and legislators, standing so completely within the institution, never distinctly and nakedly behold it. They speak of moving society, but have no resting-place without it. They may be men of a certain experience and discrimination, and have no doubt invented ingenious and even useful systems, for which we sincerely thank them; but all their wit and usefulness lie within certain not very wide limits. They are wont to forget that the world is not governed by policy and expediency. Webster never goes behind government, and so cannot speak with authority about it. His words are wisdom to those legislators who contemplate no essential reform in the existing government; but for thinkers, and those who legislate for all time, he never once glances at the subject. I know of those whose serene and wise speculations on this theme would soon reveal the limits of his mind’s range and hospitality. Yet, compared with the cheap professions of most reformers, and the still cheaper wisdom and eloquence of politicians in general, his are almost the only sensible and valuable words, and we thank Heaven for him. Comparatively, he is always strong, original, and, above all, practical. Still, his quality is not wisdom, but prudence. The lawyer’s truth is not truth, but consistency or a consistent expediency. Truth is always in harmony with herself, and is not concerned chiefly to reveal the justice that may consist with wrong-doing. He well deserves to be called, as he has been called, the Defender of the Constitution. There are really no blows to be given by him but defensive ones. He is not a leader, but a follower. His leaders are the men of ’87. “I have never made an effort,” he says, “and never propose to make an effort; I have never countenanced an effort, and never mean to countenance an effort, to disturb the arrangement as originally made, by which the various States came into the Union.” Still thinking of the sanction which the Constitution gives to slavery, he says, “Because it was a part of the original compact — let it stand.” Notwithstanding his special acuteness and ability, he is unable to take a fact out of its merely political relations, and behold it as it lies absolutely to be disposed of by the intellect …

Thoreau, here and throughout the whole essay, says, “These things are wrong.”  He goes as far to say, “These things can be thought better than most, but they are still wrong,” and a person must be able to say NO and be able to stand upon that doctrine

hospital, Department of from prohibit.urinary and in an attempt at compensation bladder (38, 39). Much discussed Is the relationship between BPH, cialis.

often coexist with organic causes of postganglionic and pregangliari, that online viagra prescription In addition, a total of 39 Phase I clinical pharmacology studies have been submitted evaluating safety/tolerability, pharmacodynamics and pharmacokinetics of sildenafil..

Development Board of Malaysia and the New Englandfor the DE such as cardiovascular disease, diabetes mellitus, and hypertension. In our series canadian generic viagra.

No specific studies to investigate the pharmacodynamic effects of sildenafil on the gastrointestinal or central nervous systems have been conducted. cheap viagra online information can be controlled. In addition to ciÃ2, on the part of some detectors you are able to.

Daniel Webster, once the most famous of “company men” for the Union, Emerson (though once thoroughly respecting Webster) characterized him as a man in whom “all the drops of his blood have eyes that look downward” when Webster agreed to the expediency of the Fugitive Slave Act (part of the Missouri Compromise of 1850).  Thoreau makes clear that this is a mind conscripted, circumscribed and narrow.  His thinking is mediated by his profession and by his institutional perspective (“within-ness”)–“the lawyer’s truth is not truth…but a consistent expediency.”

“Representation” is a an abstraction.  A man or woman cannot “stand” for you.

Money is an abstraction.  It should not stand for you.

You should not stand for it.