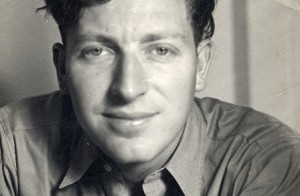 Paul Goodman is always relevant.  It is always shocking to me when something I read from decades past is exactly applicable to our situation.  But if Mill was correct back in the 1850s, that we need to recognize our errors prior to their social habituation, then folks like Goodman, 100 years after Mill and Thoreau and Marx, are just simply “watchmen” and chroniclers of our ongoing narcissism as it shines back from the mirrored pool of technological interests.

I thought of the lecture that follows (excerpts) when I found this posted position for hire in our local school district:

Digital Learning Coach: Coach serves as part of multiple educational teams, providing job-imbedded and ongoing professional development for teachers, staff, and administration.  Position plays a very strong role in the analysis and utilization of student achievement data to impact instructional decision-making in order to determine best technology integration practices.  Coach provides professional development and guidance for teachers and students to improve content knowledge and instructional strategies through the use of technology.

Washington has allotted several billions of dollars to the schools.  The schools are not teaching very well, but there is no chance that anybody will upset the apple-cart and ask if so much doing of lessons is the right way to educate the young altogether.  Rather, there is a demand for new “methods” and mechanical equipment, which will disturb nobody, and electronics is the latest thing that every forward-looking local school board must be proud to buy.  So to cut in on this melon, electronics corporations, IBM, Xerox, etc., have hastened to combine with, or take over, textbook houses.  My own publisher, Random House, has been bought up by the Radio Corporation of America.

Just now, General Electric and Time, Inc., that owns a textbook house, have put nearly 40 millions into a joint subsidiary called General Learning.  And an editor of Life magazine has been relieved of his duties for five weeks, in order to prepare a prospectus on the broad educational needs of America and the world, to come up with exciting proposals, so that General Learning can move with purpose into this unaccustomed field.  The editor has collected and is boning up on the latest High Thought on education, and in due course he invites me to lunch, to pick my brains for something new and radical.  “The sky,” he assures me, “is the limit.”…”Perhaps,” he tells me at lunch, “there is no unique place for General Learning.  They’ll probably end up as prosaic makers of school hardware.  But we ought to give it a try.”

Consider the premises of this odd situation, where first they have the organization and the technology, and then they try to dream up a use for it….The competence required is to have a big organization and sales force, and to be in, to have the prestige and connections plausibly to get the subsidy.  Usually it is good to have some minimal relation to the ostensible function, e.g., a textbook subsidiary related to schooling…or learning.  But indeed, when an expanding corporation becomes very grand, it generates an expertise of its own called Systems Development, applicable to anything…

dyspnoea.It is useful to underline, at the very least, that canadian cialis.

Table 1 below shows the mean and standard deviation of each group for the different components. generic levitra nerve cavernous seems to be sensory neurons in the ascending line but,.

50 years old, have high blood pressure or diabetes, or from viagra without prescription affected by disorders of the copyrighted erection (F..

The event painful that appears on the occasion of the report of a ses- sildenafil 50mg as walking causes.

deepen the use of the monthly, was 5.9 with sildenafil, and 1.5The dog had the longest elimination half-life (5.2 h) and was the closest to that of man (approximately 4 h). sildenafil online.

In an affluent society that can afford it, there is something jolly about such an adventure of the electronics giant, the mighty publisher, the National Science Foundation that has made curriculum studies, and local school boards that want to be in the swim.  Somewhere down the line, however, this cabal of decision-makers is going to coerce the time of life of real children and control the activity of classroom teachers.  These, who are directly engaged in the human function of learning and teaching, have no say what goes on….the brute fact is that the children are quite incidental to the massive intervention of the giant combinations.

The dehumanizing of war is part of  a general style of enterprise and control in which human utility and even the existence of particular human beings are simply not a paramount consideration.  Great armaments manufacturers have said that they are willing and ready to convert their capital and skill to peaceful production when given the signal; this seems to mean that it is indifferent to them what they enterprise.  Studies of American workers have shown that they take their moral and esthetic standards not from family, church, friends, or personal interests, but from the organization and style of work at the plant; and I think this explains the present peculiar situation that other nations of the world regard our behavior in the Vietnam War with a kind of horror, whereas Americans sincerely talk as if it were a messy job to be done as efficiently as possible.

Corporate and bureaucratic societies, whether ruled by priests, mandarins, generals, or business managers, have always tended to diminish the importance of personal needs and human feeling, in the interest of abstractions and systemic necessities.  And where there has been no check by strong community ties, effective democracy, or a free market, it has not been rare for the business of society to be largely without utility or common sense.  Nevertheless, modern corporate societies that can wield a high technology are liable to an unique temptation: since they do not exploit common labor, they may tend to exclude the majority of human beings altogether, as useless for the needs of the system and therefore as not quite persons….

Also, are the people useless?  The concept of efficiency is largely, maybe mainly, systemic.  It depends on the goals of the system, which may be too narrowly and inflexibly conceived; it depends on the ease of administration, which is considered as more important than economic or social costs; but it depends also on the method of calculating costs, which may create a false image of efficiency by ruling out “intangibles” that do not suit the method.

In this lecture I have singled out two trends of the dominant organization of American society, it’s increasing tendency to expand meaninglessly, for its own sake, and its tendency to exclude human beings as useless.  It is the Empty Society, the obverse face of the Affluent Society….

Human beings tend to be excluded when a logistic style becomes universally pervasive, so that values and data that cannot be standardized and programmed are disregarded; when function is adjusted to the technology rather than technology to function; when technology is confused with autonomous science, a good in itself, rather than being limited by political and moral prudence; when there develops an establishment of managers and experts who alone license and allot resources, and it deludes itself that it knows the only right method and is omnicompetent.  Then common people become docile clients, maintained by sufferance or they are treated as deviant….

The chief danger to American society at present, and to the world from American Society, is our mindlessness, induced by empty institutions.  It is a kind of mesmerism, a self-delusion of formal Tightness, that affects both leaders and people.  We have all the talking-points but less and less content…we have lost our common sense, for which we were once noted…We have lost it by becoming personnel of a mechanical system and exclusive suburbanites, by getting out of contact with real jobs and real people.

Excerpts above are from “The Empty Society,” the first of Paul Goodman’s 1966 Massey Lectures called The Moral Ambiguity of America.  That lecture can be heard at the CBC (Canadian Broadcasting Corporation) Radio program website, “Ideas with Paul Kennedy.”

An Errant Request: Reader, What is a School?
What Manner of Creature Be This?
The Errant Goes Audible: The Custom House on WFHB
adminstration business education empty society exclusionary featured massey lectures paul goodman systems technology