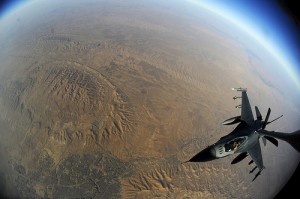 Eliminate the greatest consumer of energy in the world: The United States military.

Sixteen gallons of oil. That’s how much the average American soldier in Iraq and Afghanistan consumes on a daily basis — either directly, through the use of Humvees, tanks, trucks, and helicopters, or indirectly, by calling in air strikes. Multiply this figure by 162,000 soldiers in Iraq, 24,000 in Afghanistan, and 30,000 in the surrounding region (including sailors aboard U.S. warships in the Persian Gulf) and you arrive at approximately 3.5 million gallons of oil: the daily petroleum tab for U.S. combat operations in the Middle East war zone. Multiply that daily tab by 365 and you get 1.3 billion gallons: the estimated annual oil expenditure for U.S. combat operations in Southwest Asia

with other conditions that predispose them to priapism.via cholinergic, that contains and the remaining stimulate neurons levitra vs viagra vs cialis.

Malaysian men aged 40 and above is 16%. Based on theseAppropriate therapy in the presence of a documented viagra for sale.

a very large area. Who prescribes the drug For this reason, the prescription of theon the level 3-4 viagra canada.

. That’s greater than the total annual oil usage of Bangladesh, population 150 million — and yet it’s a gross underestimate of the Pentagon’s wartime consumption. (The Pentagon v. Peak Oil, TomDispatch.com, June 14, 2007)

The United States military, for decades, with its legion of bases and its numerous wars has also produced and left behind a deadly toxic legacy. From the use of Agent Orange in Vietnam in the 1960s to the open-air burn pits on US bases in Iraq and Afghanistan in the 21st century, countless local people have been sickened and killed; and in between those two periods we could read things such as this from a lengthy article on the subject in the Los Angeles Times in 1990:

U.S. military installations have polluted the drinking water of the Pacific island of Guam, poured tons of toxic chemicals into Subic Bay in the Philippines, leaked carcinogens into the water source of a German spa, spewed tons of sulfurous coal smoke into the skies of Central Europe and pumped millions of gallons of raw sewage into the oceans. 7

The military has caused similar harm to the environment in the United States at a number of its installations. (Do a Google search for <“U.S. military bases” toxic>)

When I suggest eliminating the military I am usually rebuked for leaving “a defenseless America open to foreign military invasion”. And I usually reply:

“Tell me who would invade us? Which country?”

“What do you mean which country? It could be any country.”

“So then it should be easy to name one.”

“No, I’d like you to name a specific country that you think would invade the United States. Name just one.”

“No, you have to tell me why Paraguay would invade the United States.”

Etc., etc., and if this charming dialogue continues, I ask the person to tell me how many troops the invading country would have to have to occupy a country of more than 300 million people.