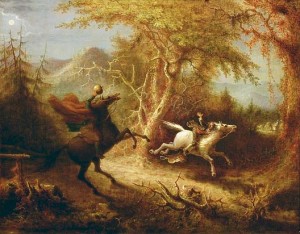 A teacher in any institution ONLY needs tenure if he/she plans to teach an antagonistic stance to the institution.

A teacher, in teaching a kind of antagonistic pragmatism, should study the ways and means of these “ideas” in order to “de-idealize” them and at the very least offer to the students the ways to make use of them.  To that end the teacher must teach AGAINST these ideals in order to logically show the student how best to BE the manipulator of them so that the student may stand on equal footing with the powers in society and government.

Here is Burke again, from Counter-Statment (1931), offering a summary of our “universal patterns” in social history and the “channelizing of potentialities” (48-9):

“The researches of anthropologists indicate that man has “progressed” in cultural cycles which repeat themselves in essence (in form) despite the limitless variety of specific details to embody such essences, or forms.  Speech, material traits (for instance, tools), art, mythology, religion, social systems, property, government, and war–these are the nine “potentials” which man continually re-individuates into specific cultural channels, and which anthropologists call the “universal pattern.”  And when we speak of psychological universals, we mean simply that just as there is inborn in the germ-plasm of a dog the potentiality of barking, so ther is inborn in the germ-plasm of man the potentiality of speech, art, mythology, and so on.  And while these potentialities are continually changing their external aspects, their “individuations,” they do not change in essence.

“Given the potentiality for speech, the child of any culture will speak the language which it hears.  There is not mental equipment for speaking Chinese which is different from the mental equipment for speaking English.  But the potentiality externalizes itself in accordance with the traditions into which the individual happens to be born.  And by education we do not mean the “awakening” of a moral, or religious, or social, or artistic sense, but he leading of such potentialities into one specific channel.  We cannot teach the moral sense any more than we can teach abstract thought to a dog.  But we can individuate the moral sense by directing it into a specific code or tradition.  The socialists today imply this fact when they object to the standard bourgeois education, meaning that in channelizes the potentialities  of the child into a code which protects the bourgeois interests, whereas they would have these same potentialities differently individuated to favor the proletarian revolution.”*

Tenure is unnecessary and, as the corporate profiteers assert, unnecessarily costly, if our teachers do not attempt to present competing “channels” through which a student might individuate sense, moral, social, artistic, or religious.

*no paragraph break in original

Is There a More Bigoted State in the US than Arizona?
My Favorite Book
Day in Photos: Both Sides of the Cape
counter-statement featured individuate kenneth burke moral sense potentialities teaching technology tenure