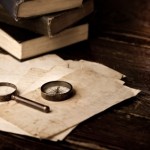 “To be governed is to be watched over, inspected, spied on, directed, legislated, regimented, closed in, indoctrinated, preached at, controlled, assessd, evaluated, censored, commanded; all by creatures that have no right, nor wisdom or virtue… To be governed means that at every move, operation, or transaction one is noted, registered, entered in a census, taxed, stamped, priced, assessed, patented, licensed, authorised, recommended, admonished, prevented, reformed, set right, corrected. Government means to subjected to tribute, trained, ransomed, exploited, monopolized, extorted, pressured, mystified, robbed; all in the name of public utility and the general good. Then at the first sign of resistance or word of complaint, one is repressed, fined despised, vexed, pursued, hustled, beaten up, garroted, imprisoned, shot, machine gunned, judged, sentenced, deported, sacrificed, sold, betrayed, and to cap it all, ridiculed, mocked, outraged, and dishonoured. That is government, that is its justice and its morality! ”
–Proudhon

“Man is truly free only among equally free men.”
–Bakunin

“Every State is a despotism, be the despot one or many.”
–Max Stirner

“It is anti-dogmatic.  It does not offer a fixed body of doctrine based on a particular world-view.  It is a complex and subtle philosophy, embracing many different currents of thought and strategy.  Indeed, [it] is like a river with many currents and eddies, constantly changing and being refreshed by new surges but always moving towards the wide ocean of freedom.”
–Peter Marshall

Quotes from “Demanding the Impossible” by Peter Marshall.