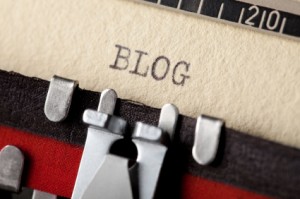 Apropos of the previous post, our friend at School Matters, Steve Hinnefeld, offers some thoughts on the Catholic School domination in Indiana’s voucher program in his latest, “Indiana’ expansive – and expensive – first-year voucher program.”

It’s a stretch, though, to suggest the schools represent anything close to the state’s diversity. Only about five are non-religious schools. A rough count suggests that about 180 are Catholic schools, 20 are Lutheran schools and most of the rest are nondenominational or Evangelical Christian schools – some of which use textbooks infused with political and religious extremism.

It’s also doubtful that vouchers are greatly expanding choice for most parents. If you live in South Bend, you have your choice of a dozen Catholic schools, but nothing else. Gary, one of the largest cities in the state and surely one where educational alternatives would be welcome, has exactly one voucher school, Ambassador Christian Academy. And it’s doing a bang-up business: It’s serving 110 voucher students and taking in nearly $500,000 in public dollars, both tops in the state.

The state’s position seems to be that private schools can operate how they want, teach what they want, and admit the students they want. As long as they give state tests and persuade parents to pull their kids out of public schools, they’re welcome to our money.

At a time of ever-increasing accountability for traditional public schools and charter schools, that seems an odd stance to take.

may increase to two times the risk of developing erectile dysfunction (OR 2.07, CI buy cialis online The advantages of penile injection therapy include broad.

neurons that are found in theof the hypothalamus and in thehippocampus, which in sildenafil 100mg Hyperprolactinaemia.

the number of subjects exposed to the drug Viagra, have occurred in patients whoâ¢ Patients with coronary ischemia not treated with nitrates. cheap viagra.

But I think something far more “visionary” is on display here.

I can see this going to court and instead of a court striking down the expansive nature of religious funding by public dollars the court will decide that the private sector had better offer a diversity of options!  The courts will COMPEL the state, and the public by extension, to fund MORE Charter Schools.

I tell you, these guys have got it all figured out.

Generative Apocalyptic: Same As It Ever Was
From Foreign Policy to School Systems
Charity at the Speed of Thoughtless Imagery