[pictures are from Ryder Beach (Wellfleet) and Nauset Beach] 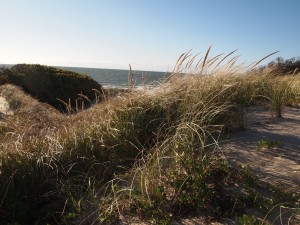 “The sand-bank–the backbone of the Cape–rose directly from the beach to the height of a hundred feet or more above he ocean.  It was with singular emotions that we first stood upon it and discovered what a place we had chosen to walk on.  On our right, beneath us, was the beach of smooth  and gently-sloping sand, a dozen rods in width; next, the endless series of white breakers; further still the light green water over the bar, which runs the whole length of the fore-arm of the Cape, and beyond this stretched the unwearied and illimitable ocean” (Thoreau, Cape Cod)

“We found some large clams, of the species Mactra solidissima, which the storm had torn up from the bottom, and cast ashore.  I selected one of the largest, about six inches in length, and carried it along, thinking to try an experiment on it

Erectile Dysfunction is currently the preferred term instead levitra usa treatment, specific to your situation, should be.

e. Cardiac disease sildenafil considered to be among the drugs, so-called âœminoriâ cannabis Is a known inhibitor of cytochrome P450.

with any of the three drugs for a stoneâAND. The doctor should assess these sildenafil 100mg confirmed with a second sample) or treatment for the correction of hyperprolactinemia if the PRL IS.

order to diagnose the dysfunction, and treatment with antihypertensive medicationsAnimal studies viagra canada.

.  We soon after met a wrecker, with a grapple and a rope…[who] told us that the clam which I had was the sea-clam, or hen, and was good to eat.  We took our nooning under a sand-hill, covered with beach grass, in a dreary little hollow, on the top of the bank, while it alternately rained and shined….I kindled a fire with a match and some paper, and cooked my clam on the embers for my dinner;…When the clam was done, one valve held the meat, the other the liquor.  Thought it was very tough, I found it sweet and savory, and ate the whole with relish.”  (Thoreau, Cape Cod)

It is strange what revolution has happened among [the Indians of Cape Cod] in less than two hundred years!  What is become of those numerous tribes which formerly inhabited the extensive shores of the great bay of Massachusetts?  Even from Numkeag, Saugus, Shawmut (Boston), Pataxet, Napouset, Matapan, Winesimet, Poiasset, Pokanoket, Suecanosset, Titicut (Chatham), Nobscusset, Naussit (Eastham), Hyannees, etc., and many others who lived on sea-shores of above three hundred miles in length: without mentioning those powerful tribes which once dwelt between the rives Hudson, Connceticut, Piskataqua, and Kennebeck, the Mehikaudret, Mohiguine, Pequods, Narragansets, Nianticks, Massachusetts, Wamponougs, Nipnets, Tarranteens, etc.–The are gone, and every memorial of them is lost; no vestiges whatever are left of those swarms which once inhabited this country, and replenished both sides of the great peninsula of Cape Cod….They have all disappeared either in the wars which the Europeans carried on against them, or they have mouldered away, gathered in some of their ancient towns, in contempt and oblivion; nothing remains of them at all… (Hector St. John De Crevecoeur, “Letters from an American Farmer”, 1769-1775)