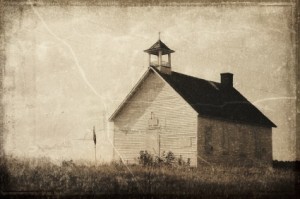 I don’t know how to tell you this; we’re getting our asses handed to us on a platter.  By we, I mean those of us who are against the corporate school reform movement.

My friend Brian recently challenged me to simply offer one thing I could do in a “protest” fashion that would have a goal that I might achieve by my actions.

This is not easy to do.

I’ve posted a few times on Occupy Wall Street over the past couple weeks:

Occupy Wall Street: A Sit-in Defining Being Against the Doing

The Draft, the War at Home, and Occupy Wall Street

I think Brian’s point, and he might need to correct me, is one I agree with; what can you change if “capitalism” is your target?  What can you change if “economic justice” is your goal?  Capitalism is our very way of thinking in the US and the expanding “western” mind and economic justice is always in the eye of the beholder be he/she social scientist, philosopher, educator, corporate CEO, president, scholar, jihadi, outcast, and on and on.

I think for me economic justice is equal access to real food and clean water.  Period.  That would likely fall under political justice as well; religious justice.  Just plain justice.

I don’t know how to make that happen.

Another friend forwarded me a blog post from the website “GOOD” detailing a rise in “millionaires” who want to say they’re not evil and who want to be taxed appropriately; acknowledging their millions are either inherited or often just an accident of a stock market uptick in their favor.  “They” are We Are the 1%.  I can’t help but be more than a bit skeptical about this kind of thing.  Sorry, but I don’t care if you attempt to alleviate your social guilt by protesting yourself.  Jesus suggests (shit, requires) you give all your money away anyway and if you haven’t done that I guess you’re just not quite feeling guilty enough.

But still something could be done right?  I suggested we occupy the local Walmart.  Brian asked, which aisle?  This seemed willfully contrarian to me, but again it was a good point.  How does that make a difference?  He even suggested the Pharmacy department but I acknowledged that this would only bring scorn on me as the person interrupting necessary services.

Back to square one.

Let me suggest that there is possibly one institution that really needs to be “occupied” by people concerned for economic justice; public education.

It is here where we are getting our proverbial asses handed to us.  Indiana is one among several states who have adopted legislative measures aimed at raiding the budgets and “markets” of our public schools.  Others are Florida, Georgia, Utah, Louisiana, Oklahoma, New Mexico and Arizona.  These are the folks infiltrating our lives and these are the folks who are funded.

This group, The Foundation for Educational Excellence, is high profile and is headed by Jeb Bush and funded by folks like the Gates Foundation and the Walton Foundation.  They recently had a “summit” attended by Rupert Murdoch and Bill Simon (Walmart Pres).  Their goal is simple and it in no way has anything at all to do with our children or with human learning for the advancement of human caring and understanding; it has nothing to do with justice.  It is simply this: they want to create an exploitable market out of educational systems; you and your children as consumers of learning content.

And here’s the thing–their summit would likely satisfy my friend Brian’s query; the goal of their meetings, their panel discussion, their “brainstorming sessions,” is to send these “reform warriors” back into their states armed with the knowledge of how to manipulate their legislative agendas in such a way as to seed this reform.  Our friend Karen at the Fort Wayne Journal Gazette posted some tweets that came out of some of these sessions (Tony Bennett’s heart is in San Francisco).  They are truly revealing.

They want to get rid of local governance altogether.  A School Board is an ineffective anachronism to these folks only serving as a speed bump to market efficiencies.

I’d argue that’s the good of a school board!  We need INEFFICIENCIES in our lives.

I’m about fed up with the myth of efficiency.  Efficient at what?  Taking your money; taking your children and turning them into a market for profit NOT education; taking your schools and “wiring” them to be more capable to sell the myth of progress via electronic markets.

They are becoming smug in their successes.  Let’s funnel the Occupy movement into an actual social movement with a goal that can be achievable.  Human education for the benefit of social and economic justice.

It’s well past the time for us to redefine our human goals. In some ways the “school reformers” are just trying to put the public schools in the same frame that the rest of our lives operate within.  This is why public schools are important.  They are not entirely beholden to the corporate ideology.  There is real opportunity to teach a different way to envision a life of work and play and of equal rights and economic justice.  There is real opportunity to oppose the black-is-white idea that “Freedom” can only be had if you are being manipulated into buying things.  Consumer choice is not freedom.  Schools can help teach a different way to see the world.

I’m fairly certain it’s our only hope.  And that this is the reason it has been infiltrated so relentlessly in this season of economic catastrophe for so many.  This is the climate where up-is-down can make very real sense to people in pain and in the depths economic depression.  We are ripe for the picking.