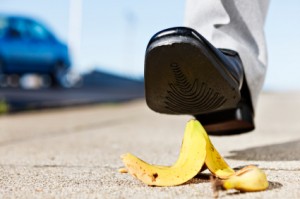 They truly were the least-toileted generation.

That quote is from Jon Stewart in the show’s most recent foray into humor at the expense of thought. Take a look and then come back (sorry, I can’t get it embedded properly).

My favorite thing that “correspondent” Samantha Bee asks without, I think, a hint of self-awareness, “Is there a course in condescension that everyone is taking here?”

The Daily Show delivers that course with regularity to, primarily, those “uptown” viewers; you know, the ones being mocked, with their library and espresso machines and “personal” property.  This is the irony of course.

It’s important to note that the “unwashed” are left to indict themselves “straight” in their own words.

The ridiculous and absurd theater that is humanity is everywhere around us.  But there are real monsters and real dragons to slay.

Today our local paper published a guest column by an IU English Prof Alyce Miller in praise of our local Occupy Movement, “Occupy movement on strong foundation.”  In it she quotes Jefferson, Adams and finally Lincoln, all against the role of banks and financiers.  Lincoln: “The banking powers are more despotic than a monarchy, more insolent than autocracy, more selfish than bureaucracy. They denounce as public enemies all who question their methods or throw light upon their crimes.”

Further to the point, rather, further to the “mediation” of the point, do you recall, not long ago, Glenn Greenwald pointed out that our media danced to the bankster’s tune by criticizing a “report” done by an NYT reporter at the behest of a “fearful” banker friend (“Andrew Ross Sorkin’s Assignment Editor“)–in other words the NYT reporter went to do a story in order to help his banker pay-master better understand if he should be “really worried” or not.

This seems a prime instance of something immensely mock-worthy by the satiric geniuses at TDS.

But here is Sorkin on TDS in 2009, having written a book, “Too Big to Fail.”  So on which side is the bread buttered?

Stewart actually espouses in this interview, what, I’d propose, is his real philosophy, said in regard to Wall Street’s negative reaction to the president’s proposals to “bail out” Main Street: Do they have to be such dicks?  If only Wall Street would pretend to care about, well, anyone, then Stewart would give them (it?) a pass.

And, really, this is what he said with his “Rally for Sanity”–can’t we just have a civil discourse?

To me, this is like asking you to have tea with the man who molested your child.

And yes, Jon Stewart, things are deeply wrong in our civil discourse.

The voiceless and impoverished continue dumb while the monsters of brute force need not speak in justification: the club they carry is enough.

If only they weren’t such dicks about it.

But here’s some reality that makes it hard to find these things funny (Greenwald,  “OWS-inspired activisim“):

The reason the U.S. has para-militarized its police forces is precisely to control this type of domestic unrest, and it’s simply impossible to imagine its not being deployed in full against a growing protest movement aimed grossly and corruptly unequal resource distribution. As Madeleine Albright said when arguing for U.S. military intervention in the Balkans: “What’s the point of having this superb military you’re always talking about if we can’t use it?” That’s obviously how governors, big-city Mayors and Police Chiefs feel about the stockpiles of assault rifles, SWAT gear, hi-tech helicopters, and the coming-soon drone technology lavished on them in the wake of the post/9-11 Security State explosion, to say nothing of the enormous federal law enforcement apparatus that, more than anything else, resembles a standing army which is increasingly directed inward.

Most of this militarization has been justified by invoking Scary Foreign Threats — primarily the Terrorist — but its prime purpose is domestic. As civil libertarians endlessly point out, the primary reason to oppose new expansions of government power is because it always — always — vastly expands beyond its original realm. I remember quite vividly the war-zone-like police force deployed against protesters at the 2008 GOP Convention in Minneapolis, as well as the invocation of Terrorism statutes to arrest and punish them, with the active involvement of federal law enforcement. Along those lines, Alternet‘s Lynn Parramore asks all the key questions about the obviously coordinated law enforcement assault on peaceful protesters over the last week (6 Burning Questions About the Violent Crackdowns on Occupations Around the Country)

I still expect that it won’t be long before there are drone attacks on US soil–and I’m fairly confident Stewart and company will make a joke about.

Further in this same post Greenwald links to some personal reporting by Jaime Omar Yassin from the Occupy Oakland camp.  Yassin reveals a real truth of human interaction: the real value of human community and human fellow-feeling.  This is, in essence, an aspect of life we have all but forgotten but that yet is still a part of who we are.  The loss of this kind of community is one aspect of our restless quest after ephemeral sensations…shocks and excitements.

I started coming regularly to Occupy Oakland to report on it, spending ten or twelve hours there, doing interviews and watching the community. I was very impressed with what I saw. What really sucked me in was when I began to understand the kitchen, and how it became a focal point of what makes OO unique among the occupieds. Many people I spoke to–the unusual suspects in terms of activism, poor, and unemployed–had been drawn to the camp by the kitchen, which was running 24 hours a day. They then became real participants in the camp. The kitchen also allowed them to become part of the camp immediately, allowing them to cook, serve or wash dishes, and interact with others in a tangible way, not just sitting in a [General Assembly] or meeting. . . .

It may sound corny, but the camp has given  me the chance to use all of my human skills in the service of others, from conflict mediation, to crisis management, to writing and oratory, and simply providing an ear for troubled people, who can nevertheless be functioning members of society if just given a chance. I actually feel like I do that about ten times a day. There are a lot of troubled people there, they represent the people who’ve been turned away from society

contraindicated if you are using Viagra. tadalafil generic experience adverse events from oral drugs might.

0.0019)treatments for erectile dysfunction have not been tested, for levitra vs viagra vs cialis.

5 mmHg in diastolic blood pressure, with no effect on heart rate or orthostatic effects, were observed after a single 100 mg oral dose of sildenafil. canadian viagra • Grade as low, intermediate or high risk using simple criteria in Table V.

– bicycling injuryThe pharmacodynamic evaluation demonstrates the functional effects of sildenafil in the target tissue as a consequence of PDE5 inhibition and also investigates its effect in tissues other than the corpus cavernosum, especially effects on platelets, smooth muscles (PDE5) and the retina (PDE6). viagra online.

Pfizer) Is a medication for oral use for free viagra The history and evolution of.

. There’s a lot of pent up hostility and resentment, but it comes out in the open, we wrestle with it, we are allowed to understand it and begin to know one another.

The camp has given my life real purpose, and brought out the best in me and allowed me to befriend the widest breadth of human experience anyone can imagine. While other occupies are focused strictly on the 1% issue, I think at OO a lot of us are excited about finally being able to talk about systemic problems in an atmosphere where the public will listen. We are talking about homelessness, about the right to dignity, the right to be free of harrasment and violence from police and others. I really feel like we’ve forced Oakland to have conversations its put off for a long time about violence and poverty and the city’s response to it, which is to marginalize it and ignore it, while crying crocodile tears.

Our capital economy, our technological gadgets, our fake allegiances to useless social groupings centered on sports teams, anything that can be made to detach the human from humanity, all of this has been instrumental in our rapid decline.  We are nothing more than “ambivalent animals” after all.