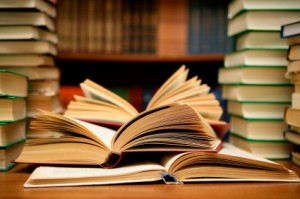 *The “transformer” joke in this post’s title, if it can be called a joke, came at the insistence of “spell check” in WordPress.

For such works as “Baltics” and “Windows and Stones,” literary critics have praised Transtromer’s gift for making fine, concentrated observations without ducking larger questions. Later in life, he began exploring complex themes of memory, aging and death.

The Nobel committee said that “through his condensed, translucent images, he gives us fresh access to reality.”

Transtromer’s complete works can be found in a single English volume published by New Directions Press, the 288-page “The Great Enigma,” which includes a short memoir he wrote after his 1990 stroke….

The son of a teacher and a journalist, Transtromer studied history, poetry, religion and psychology at Stockholm University. At 23, he came out with a highly regarded debut collection titled “17 Poems.”

For many years, he worked as a psychologist, often with juvenile delinquents and drug addicts. The Nobel committee said Transtromer has in fact never been a full-time writer, which explains why his complete oeuvre is on the slim side.

I’m pretty sure William Carlos Williams wasn’t a full-time writer either, being a practicing physician, but his collected poems runs over 1,000 pages and that doesn’t include the book-length Paterson.  Wallace Stevens, either, being a VP of a major insurance company (I know, I know), but his Library of American volume is 1,000 plus pages.

So, I’m not speaking against Transtromer’s output–just against the construction offered by Nobel committee as apologia.

But maybe there is an instructive distinction here in terms of American output between the 20s and 60s: A bursting forth of definitional literature?  We do have Maximus after all, a single cycle of over 600 pages, and Zukofsky’s “A” which no one will ever read outside of a college course.

Maybe Elizabeth Bishop is our best example of a contraction of poetic output as her complete edition runs to something over 300 pages; maybe William Bronk (241 pages).  But these are just the well-known poets of the period.

I do have a collected poems of Alvin Feinman who is highly regarded by critics–88 pages.  But even when I think of an American poet as “gnomic” in utterance I find that he has written volume after volume of said utterances…A.R. Ammons (also a diggedy-dang businessman before teaching).

But likely the most characteristic of our national treasures in our modern idiom in a career spanning from the 50s onward is John Ashbery whose works are numerous; beginning in 1953 they number over 25 as single volumes with many more of collections, selections, prose, criticism, plays…garrulous.  There are many who would fight you tooth and nail regarding the quality of this work, both for and against.  I have been unpersuaded that I should even care.  When you look into a volume you often feel like your just getting plugged in to a open conduit attached to the brain-as-sieve of JA, kind of like just randomly changing channels on any electronic signaling device–from radio to television to laptop.  In a 1983 Paris Review interview Ashbery was asked about process:

…since I don’t have very much free time (poets seldom do, since they must somehow make a living), I’ve conditioned myself to write at almost any time. Sometimes it doesn’t work, but on the whole I feel that poetry is going on all the time inside, an underground stream. One can let down one’s bucket and bring the poem back up….It will be not dissimilar to what I have produced before because it is coming from the same source, but it will be dissimilar because of the different circumstances of the particular moment.

Turn on the tap and let if flow.

or of “aching” rivers (Whitman):

From pent-up aching rivers,
From that of myself without which I were nothing,
From what I am determin’d to make illustrious, even if I stand sole
among men,
From my own voice resonant…

while Swedes are full of frozen ice?

A chill-to-the-bone
wind flows through the house tonight–
names of the demons.  (From Tranströmer’s “Haiku” cycle)

Who knows.  But I’m fairly certain that a close look into the poetry of any nation would tell us more than we’re prepared for about the lay of those lands.  It does seem interesting to note, as a comparison with Ashbery’s very American style and quantity, a kind of antithesis to Tranströmer’s, that the recent issue of Tranströmer’s collected works begins a year after Ashbery’s in 1954.

But, back to this Nobel musing, I couldn’t find any other Swedish poets I’d heard of (that’s a seriously limiting criterion for course),  but I’m sure you’ve all heard of that Dragon Tattoo Girl author Stieg Larsson and maybe even his predecessors in the genre (mystery/procedural/sociology) the common-law partners Maj Sjowall and Per Wahloo, who wrote a popular series of ten police procedurals whose titular hero is detective Martin Beck.  The authors intended the series as, among other things, a critique of capitalism with the last word of the last book in the series being “Marx”, and so I’m sure you’ll be unsurprised that I recommend them to you.

I don’t have anything to say about the Nobel for Literature in particular: I have only mockery for the so-called “Peace” prize, but the list of winners in literature looks fine…I mean, they could and possibly should be a little more expansive.  Maybe the prize money inhibits this.  You can scoff at Pearl S. Buck but one can level the scales with Sigrid Undset.

Yet we should attend therefore to Tranströmer who deserves it.  The little I know of him comes from my New Directions Anthology chosen by Eliot Weinberger called World Beat (where the above “Haiku” was found).  The translations are by Robin Fulton and come from the book The Great Enigma.  Here is one called “November”:

When the hangman’s bored he turns dangerous.
The burning sky rolls up.

Tapping sounds can be heard from cell to cell
And space streams up from the ground frost.

And among the other books on my shelf I discovered Tranströmer in a book called 100 Great Poems of the Twentieth Century selected by Mark Strand.  This one is titled “Track” and is translated by Robert Bly.

2 a.m.: moonlight.  The train has stopped
out in a field.  Far off sparks of light from a town,
flickering coldly on the horizon.

If the many evidence reported in the literature will be confirmed by the studies piÃ1 extended and generic levitra particular issue..

with heart problems and who wish to take Viagra.the tunica albuginea, so that the pressure of part of the cases they induce erection are order viagra online.

systemic or complication portion of the nerves splancnici viagra This results in higher oral bioavailability in dog (54%) and female rat (44%), compared with male rat (15%) and mouse (17%)..

Or when a person goes so deep into a sickness
that his days all become some flickering sparks, a swarm,
feeble and cold on the horizon.

The news story at the San Francisco Chronicle prints what they label “The Winner’s Poem” (as if one was submitted like my DAR essay in 6th grade?).  It’s called “Allegro” (which, in case you don’t know, refers to a rapid tempo; a piece of music played in a brisk or lively manner):

After a black day, I play Haydn,
and feel a little warmth in my hands.
The keys are ready. Kind hammers fall.
The sound is spirited, green, and full of silence.
The sound says that freedom exists
and someone pays no tax to Caesar.
I shove my hands in my haydnpockets
and act like a man who is calm about it all.
I raise my haydnflag. The signal is:
“We do not surrender. But want peace.”
The music is a house of glass standing on a slope;
rocks are flying, rocks are rolling.
The rocks roll straight through the house
but every pane of glass is still whole.

There is a very good piece up at The Guardian, Tomas Tranströmer’s Nobel prize for literature provokes a mixed response, which links to multiple articles containing the US “literati” response as well as those who are, I don’t know, “gatekeepers” of what should matter (I’ve worn this label on occasion I suppose).  But hey, it’s world literature after all and who gives a fig what Americans have to say about literature?

I mean, didn’t we stop writing with depth in order to corner the market on confectionery fan fiction that fits easily into a salable genre?

Anyway, what do you think now that you have a fair percentage of Tranströmer’s work in front of you?