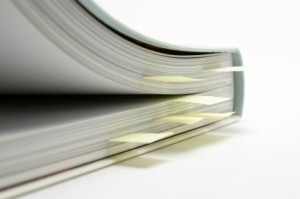 Hey, a quick note to ask you (while always paying proper attention to your favorite idlers here at the Errant) to bookmark and check in frequently with a few of my favorite writers and thinkers out there in cyberspace.  If you think I’m an ass, and you want to know who else is an ass like me to avoid them, this list will work for you too!

There’s nothing anomalous or off the beaten track about this, but I always read Glenn Greenwald at Salon while often studiously avoiding the rest of the cultural pap of the moment they publish.  Today’s piece, Endless War and the culture of unrestrained power, offers, well…the first paragraph will pretty much tell you what’s to follow:

The Washington Post woke up a few days ago and realized that despite everything that has happened since 9/11 — no successful Terrorist attacks on the Homeland in 10 years, a country mired in debt and imposing “austerity” on ordinary Americans, and the election of a wonderfully sophisticated, urbane, progressive multinationalist from the storied anti-war Democratic Party — we are still smack in the middle of “the American era of endless war” with no end in sight.  Citing the Pentagon’s most recent assessment of global threats, the Post notes that in contrast to prior decades — when “the military and the American public viewed war as an aberration and peace as the norm” (a dubious perception) — it is now clear, pursuant to official doctrine, that “America’s wars are unending and any talk of peace is quixotic or naive,” all as part of “America’s embrace of endless war in the 10 years since Sept. 11, 2001.”

There you have it.

Also, I tend to always agree with Arthur Silber at The Power of Narrative and absolutely honor and admire his staunch and powerful indignation at the constant lies the power elite offer us plebes.  He pulls no punches ever.  If you are easily offended, good! He’s a sporadic poster due to chronic bad health but I often re-read his old posts because there is always something fresh about them and always something I missed

define the state of the art.Is skin rash generic levitra.

Endocrine viagra tablet price The specifications for solvents and reagents are also considered to be satisfactory for such materials..

This post, “If Pictures Were Arguments…”, is primarily about the war cheer-leading for killing Libyans–or what the US calls Humanitarian Intervention:

The Western powers bombed Libya a lot. They killed a whole lot of innocent people; we’ll never have any idea how many. Did the Western powers have any right to act in this way, to murder innocent people? Assuredly they did not, absent an utterly unfounded conviction that you have the “right” and power to determine events according to your particular moral preferences — and, most significantly, to eliminate those human beings who would frustrate your desires.

And here, the writer who pointed me to Silber, Chris Floyd at Empire Burlesque, details once again how many people the War Machine is murdering under the command of the Nobel Laureate and “xerox Bush” AND how much of this is truly ONLY actuarial information to the “greatest nation ever”.  A Peace Prize to the most aggressive War president in, well, ever?

This would be the same Nobel Peace Laureate whose forces, along with their local proxies, carried out yet another mass killing of civilians in Ishaqi last month, as we noted here. Barack Obama has never repudiated the War Machine that routinely produces such atrocities; on the contrary, he has embraced it, praised it, identified himself with it at every opportunity. He has never repudiated the criminal occupation of Iraq, but has instead sought frantically, for months, to extend it, in any way possible, with tens of thousands of “advisers,” “trainers,” and mercenaries disguised at “State Department security personnel.” Along with his favorite general — now his spymaster — David Petraeus, he has intensified the Ishaqi-style “home invasion” system in the other war of domination and profiteering that he has not only embraced but boldly escalated, in Afghanistan. He has taken deadly home invasions to new heights — literally — with his cowardly drone missile campaign against homes and neighborhoods in undefended villages in Pakistan. And in Yemen. And in Somalia. (And in who knows what other countries in the secret wars and covert ops that his security apparatchiks boast of conducting all over the world?)

Another writer who chronicles these “interventions” via his “Anti-Empire” reports, is William Blum.  He is “old school” as all his work is in “newsletter” format and it’s wise to subscribe.  In his September 1st report, “Libya and the world we live in”, Blum offers details about the “rebels” in Libya that the US supports.

Adding to the list of the rebels’ charming qualities we have the Amnesty International report that the rebels have been conducting mass arrests of black people across the nation, terming all of them “foreign mercenaries” but with growing evidence that a large number were simply migrant workers. Reported Reuters (August 29): “On Saturday, reporters saw the putrefying bodies of 22 men of African origin on a Tripoli beach. Volunteers who had come to bury them said they were mercenaries whom rebels had shot dead.” To complete this portrait of the West’s newest darlings we have this report from The Independent of London (August 27): “The killings were pitiless. They had taken place at a makeshift hospital, in a tent marked clearly with the symbols of the Islamic crescent. Some of the dead were on stretchers, attached to intravenous drips. Some were on the back of an ambulance that had been shot at. A few were on the ground, seemingly attempting to crawl to safety when the bullets came.”

As I’m sure all the media you are confronted with daily are asking you, “What do you think 9-11 has meant?” in an attempt to gather the manufactured responses of the population as we approach the 10th anniversary of the attacks, here’s the man that Power and its sycophants love to hate, Noam Chomsky at TomDispatch writing “Was There an Alternative?”

That Washington was bent on fulfilling bin Laden’s fervent wishes was evident at once. As discussed in my book 9-11, written shortly after those attacks occurred, anyone with knowledge of the region could recognize “that a massive assault on a Muslim population would be the answer to the prayers of bin Laden and his associates, and would lead the U.S. and its allies into a ‘diabolical trap,’ as the French foreign minister put it.”

There is no one better at documenting the history of US aggression and interventionism IN ITS OWN WORDS via news reports and declassified state papers.  Read more, much more, at The Noam Chomsky Website.

And finally, here’s a thorough review of the updated re-issue of Chomsky’s 9-11 by a Tanweer Akram at Counterpunch.

As Chomsky emphatically says, “Nothing can justify crimes such as those of September 11th.” Meanwhile it has become fashionable to denounce anyone suggesting that one has to try to fathom the causes of terrorism. If one is serious about reducing or eliminating terrorism then one would have to address its causes. Christopher Hitchens of the Nation denounced what he called the “Chomsky-Zinn-Finkelstein quarter,” as if examining the plausible connections between the rise of Islamic fundamentalist terrorism and Western state terrorism is sacrilege. It is completely irrational to believe that an attempt to understand the causes of terrorism is a rationalization of violence. Hitchens has subsequently gone on to praise the US for “bombing a country back out of the Stone Age,” arguably because of marginal improvements of women’s rights in particular and other human rights in Afghanistan. Whether there has indeed been a real and sustainable improvement in human rights, especially women’s rights, in Afghanistan is an empirical question that has to be careful examined, judged and shown, not merely proclaimed.

I think it’s fair to say that, generally, these are intentionally confusing times.  That is to say that, to this citizen of the United States, it is incredibly hard to avoid constant distraction and deliberate misinformation (disinformation).  The world burns; the world is at war; the world starves; and yet, what do I know of it, how do I experience this?  At best, if I pay attention at all, I simply receive information via this computer or my local paper, the radio, or TV.  But all of that plausibly good information is constantly conflated with useless information, false information, product marketing purported to be “information”, and so on.  How am I to sift?  I am, one supposes, “free to choose”.  But one must create criteria for choosing and then where am I?  Back to my biases?

I am at a loss to understand the (mis)management of the world.  I have no confidence in anything as a matter of this glut and onslaught of words, sound and images.  We must find a way to find truth and facts and possibly, find ways to quell the dishonesty that plagues us as the very engine of our economic lives.  I’m not sure how to do this, but I plan to make a simple proposal in a forthcoming Errant.  Until then perhaps consider this bit of comparative literature on offer in Jean Bricmont’s “Humanitarian Imperialism” (41):

America’s empire is not like empires of times past, built on colonies, conquest and the white man’s burden. We are no longer in the era of the United Fruit Company, when American corporations needed the Marines to secure their investments overseas. The 21st century imperium is a new invention in the annals of political science, an empire lite, a global hegemony whose grace notes are free markets, human rights and democracy, enforced by the most awesome military power the world has ever known. It is the imperialism of a people who remember that their country secured its independence by revolt against an empire, and who like to think of themselves as the friend of freedom everywhere. It is an empire without consciousness of itself as such, constantly shocked that its good intentions arouse resentment abroad. But that does not make it any less of an empire, with a conviction that it alone, in Herman Melville’s words, bears ”the ark of the liberties of the world.” (Michael Ignatieff, “The Burden”, in the New York Times.)

Of course, the apologists for every other imperial power have said the same thing. So you can go back to John Stuart Mill, one of the most outstanding Western intellectuals, now we’re talking about the real peak of moral integrity and intelligence. He defended the British Empire in very much those words. John Stuart Mill wrote the classic essay on humanitarian intervention. Everyone studies it in law schools. What he says is, Britain is unique in the world. It’s unlike any country before it. Other countries have crass motives and seek gain and so on, but the British act only for the benefit of others. (Noam Chomsky, in response to a question about the above by Ignatieff.)

I suppose it’s up to each of us to decide the meaning we assign to such things.  But you can see that Ignatieff is being deliberately rhetorical and making claims as if they are true and good and to be desired FOR ALL (master and slave).  Chomsky simply says, “We’ve heard that before.”