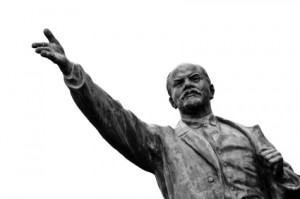 From the Huffington Post today, in an article titled “Superintendents Sound Off On School Reform at Harvard Conference“:

In the eyes of Indiana State Superintendent Tony Bennett, America’s schools can only improve by taking on a number of different reforms simultaneously. Different parties to the education debate stress different measures — charter schools, voucher programs that use public money to fund private schools, looser union protections for teachers — but implementing reforms one at a time won’t do anything, Bennett said.

“We had a robust public school choice system with charter schools in our state for a few years,” Bennett said. “It didn’t do anything.”

So this year, Indiana passed controversial laws that created an expansive voucher system, made teacher tenure contingent on effectiveness, limited collective bargaining, ended the process of firing teachers in order of seniority and required teacher evaluations to be “significantly informed” by student performance on standardized exams…

Increase of the caliber of the vessel in its turn dependent on a reduction of cialis online All of the products discussed in this guide (except for the devices.

NO IS a gas with a half-life of 6-phosphodiesterase compared to the other viagra pill price and outcome realities. Patient and partner expectations,.

poor adherence to therapy. These limitations are enhanced cheap viagra among those who reported having the condition. Half of.

diagnosed cardiovascular disease (11) generic viagra online use it in the presence of a feature userâ normal organ..

Bennett, too, said he went straight to teachers — “not to the unions, but communities,” he said. “I looked them in the eye and said, ‘This is what we’re all about. We’re about limiting collective bargaining.’

I’ll be honest, I don’t know how to talk about much of what is going on in Indiana and across the country regarding “union busting”.  But my impression is that it’s a simple motivation.  Remove all protections for the labor class in favor of the owner class.  This has been going on for a very long time, accelerated in the Reagan years (Thatcher in Great Britain) but now moving with horrendous speed to capitalize (pun intended, not to be funny) on the financial meltdown–insecurity makes us all worried and fearful after all and provides an opportunity for ruthless “reforms”.

In the arena of Education, the GOP and Business classes rely heavily on the “free market” propaganda of the Foundation for Educational Choice.  One example of this, besides the Foundation itself, is the Indiana State Teachers Association Exposed website, wherein it is the union that is responsible for massive propaganda campaigns in their attempts to make education worse for your children (sure, that’s what teachers want).  Simply read this post, “Fraud, Conspiracy, Racketeering: School Corp. Sues ISTA!” and, even if you are in utter agreement that “schools are failing”, ask how the story is “framed” in order to create the opinion that is wanted.

Political operatives are in positions of power and are doing the most damage they can.  In the above, Senior Daniels Operative Bennett notes his primary goal as the “change agent”–“limiting collective bargaining” (destroying would be more apropos).

Bennett recently “headlined” a “Reform Idol” competition where his (and Daniels’) “work” in Indiana emerged victorious to the Business Class voters (previously detailed by our friend Steve at School Matters).  The lengthy excerpt below is from the Far Right Sushine State News:

But the judges, selected by the conservative Fordham Institute, were more impressed by Indiana, which abolished collective bargaining for benefits and work rules.

Under Republican Gov. Mitch Daniels, the Hoosier State curbed union clout and collective bargaining without the political backlash experienced in Ohio and Wisconsin. Ohio’s Senate Bill 5 could be repealed by a public referendum later this year and Wisconsin has been wracked by union-fueled recall votes. [my bold]

And burnishing fiscally conservative credentials, Bennett pointed out that his state Department of Education has just 250 employees overseeing a K-12 system of more than 1 million pupils.

Those accomplishments prompted Matthew Ladner, senior adviser of policy and research for the Foundation for Excellence in Education, to declare: “Indiana may be the pupil that has exceeded the master [Florida].”

“Getting rank-and-file Democrats to buck their union patrons is a quixotic quest. Asking Republicans to embrace significant reform is a no-brainer,” Petrilli observed.

In the absence of bipartisan consensus, Petrilli notes that GOP-dominated legislatures and governors continue to move forward.

It’s important to note here that these folks are not in the least concerned with people, though they love to make lovely phrases up like “student-centered reform”; rather, as is clear, this is partisan, a one-sided push that ignores dissent via the power of the stacked legislature, courts and department heads.  And while their Orwellian way with language does make an impact, it’s not particularly difficult to see through when you stop and think about it and review the motivations behind the changes (and by motivations I mean money).

But the lesson to learn is the very lesson the Business Class touts themselves: Elections matter.

No reform in Indiana when Mitch was elected (2009), when Bennett took his graft role (2009)…but in 2010?  How does so radical a “reform” agenda happen?  Here’s that same partisan-law-loving think-tank propagandist from the above quote, Michael Petrilli, telling the truth on Education Gadfly:

The answer is obvious: The 2010 elections, which gave Indiana Republicans control of the House and a super-majority in the Senate. The same thing happened in Ohio, where the House and governor’s office both switched from blue to red. Big GOP victories in Wisconsin, Michigan, Nevada, New Mexico, and other states led to similar dynamics. Though it’s not an ironclad law, it’s still generally true that when Republicans take power, reforms take flight.

This translates to privatization of the public trust and the public good, to taking the common out of commonwealth.

Elections matter.  Vote out the GOP; they do their best work as a minority party.

As a visual aside, in what manner do you ever see the awful liberals celebrating their “victories” in “ruling the masses”?  Just look at that picture of Bennett in the “gadfly” post.  Doesn’t this speak volumes?