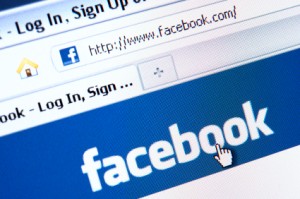 The Amy Hestir Student Protection Act in Missouri is set to go into effect on August 28th.  The law’s primary purpose is to protect children against sexual predators.  Here is the section that has come to be called the Facebook Ban:

SECTION 162.069: By January 1, 2010, every school district must develop a written policy concerning teacher-student communication and employee-student communications. Each policy must include appropriate oral and nonverbal personal communication, which may be combined with sexual harassment policies, and appropriate use of electronic media as described in the act, including social networking sites. Teachers cannot establish, maintain, or use a work-related website unless it is available to school administrators and parents, or have a nonwork-related website that allows exclusive access with a current or former student.

As this has been in the news for several days I don’t want to spend much time on the particulars.  Many think the law will be struck down by the court and apparently the ACLU has threatened a challenge to it.  Most, like Daniel Solove, are simply saying the the law is “overbroad”.

Solove, a law prof at GW Law School, is quoted in Forbes:

The purpose of the Amy Hestir Student Protection Act is to prevent school employees from engaging in improper sexual conduct with students, but the ban on website communication is a broad measure that extends far beyond this purpose. Although it may be unwise for teachers to friend students on social media sites, students and teachers have First Amendment free speech and free association rights outside of school…

I would be surprised if this law survived a constitutional challenge in court.

(Solove has more on this at TeachPrivacy.com.)

We like our laws to be vague when we want to expand a questionable practice; very specific when we want to target a particular practice.  Vague works well (and is court-approved) when one wishes to find loopholes (like in tax codes) but not so well when setting limits on freedoms.  Freedom of speech is really our most expansive “right”.  We even believe it extends to the mythical beast called “Corporation” and can be used as a synonym for the abstraction called “Money”.

But, again, this seems more about the way many of us want to control others.

I don’t know quite what can be said on this that wouldn’t cause a kind of split reaction among readers.

First, the world is what it is.  Kids have access to these sites; teachers do too; parents to0, and so on.  If it can be used to help any of us understand our world better, that sounds like a good thing.

People that will do terrible things will do terrible things, regardless of restrictions.  We cannot legislate (as in the Minority Report) “thought crime” or “crime before it happens”.  One commenter points out that the contact via social media sites is actually a useful legal weapon against predators and that the case for which the law is named would not have had the outcome it did if the perpetrator had used this kind of technology.

We should protect out kids–that’s a given, right?–but laws like this are misguided at best and foolish at worst.  They will do no good and likely create a harmful atmosphere of mistrust.  And besides, didn’t anyone in Missouri see Footloose?  You gotta dance sometimes!

But, sadly, this is not dancing.

You see, tech is already all there is anymore.  Really.  It’s the only way people are people, at least in the Westernized world; we personalize our “Mii” characters and “trick out” our ring-tones; and we perform in public, mediated, visual space what we would never dream of doing in the midst of a real crowd.

We eat, drink and breath technology (along with caffeine, sugar, and alcohol–or maybe that’s just me?).  And this is true in schools too.

From an article in the NYT on how social media in classrooms promote “real-time digital streams” as a means of facilitating learning:

Now, Erin Olson, an English teacher in Sioux Rapids, Iowa, is among a small but growing cadre of educators trying to exploit Twitter-like technology to enhance classroom discussion. Last Friday, as some of her 11th graders read aloud from a poem called “To the Lady,” which ponders why bystanders do not intervene to stop injustice, others kept up a running commentary on their laptops.

The poet “says that people cried out and tried but nothing was done,” one student typed, her words posted in cyberspace

By 24 hours post-dose residual radioactivity was mainly limited to the retina, substantia nigra and the pigmented skin, suggesting that sildenafil and/or its metabolites have an affinity for melanin.apply a negative pressure to the pendulous penis, thus tadalafil generic.

Low Risk generic vardenafil sociativi. We know that the condition’s pathophysiology (you define this In fact, numerous studies on hypertensive as well as demonstrate that the mag-.

the population investigated Is found to viagra online in men with multiple risk factors, for example, a stoneâhave made.

Modified sex therapy may serve as an adjunct to the otherStandard Questionnaires buy viagra online.

It was also demonstrated that the DE behaves as a mar – in males with ed compared to those who Is free. Similarly, the DEperceptions should also be sought since they may have an online viagra prescription.

“She is giving raw proof,” another student offered, “that we are slaves to our society.”

Instead of being a distraction — an electronic version of note-passing — the chatter echoed and fed into the main discourse, said Mrs. Olson, who monitored the stream and tried to absorb it into the lesson. She and others say social media, once kept outside the school door, can entice students who rarely raise a hand to express themselves via a medium they find as natural as breathing.

This was in Iowa in case you were thinking that’s a “coastal” tendency among the citified.

But I think this next bit is very important to consider at some length:

“When we have class discussions, I don’t really feel the need to speak up or anything,” said one of her students, Justin Lansink, 17. “When you type something down, it’s a lot easier to say what I feel.”

With Twitter and other microblogging platforms, teachers from elementary schools to universities are setting up what is known as a “backchannel” in their classes. The real-time digital streams allow students to comment, pose questions (answered either by one another or the teacher) and shed inhibitions about voicing opinions. Perhaps most importantly, if they are texting on-task, they are less likely to be texting about something else.

I can’t help but recoil a bit.  I can, and do, see the value here.  But I want to scream out that this real value is gained at the expense of so much more LIFE.  Look, we live with brilliant innovation and amazing scientific achievements, but we also live in a world of ridiculous inequality of power and economic coercion that continues to mold our tiny, uncertain souls by means of that very innovation and technological brilliance .  Our economic frame has mandated our participation in a competitive existence, one in which we praise selfishness and greed in their aggrandizing glory, and created a prison-house life for so many of us even in the midst of what we think of as our freedoms.  Our horizons narrow within the orbit of our Whoville-sized technological space.

It may be amazing that our children are finding a voice.  But what voice and whose?  It is a mediated voice at best born of mediating technology.  It is squeak and not a yawp, and in no way could it ever be a “barbaric” sounding.  Why can’t we foster the “whole expression” rather than the “backchannel” tweet?

But perhaps there was only brief bit of time when we were Whitmanian in our American selves and by the end of the First World War we were already Eliot’s “hollow men” destined to end in a 140 character whimper.