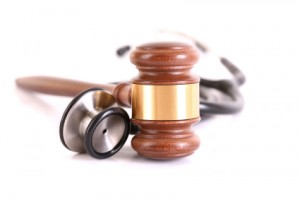 In section E of today’s HT, the “Speed Read” section, which offers “capsules” of news-wire stories, printed this headline, “Most malpractice cases don’t pay.”  You can’t read the whole AP piece in the paper or  the HT online, but Salon.com offers it in full.

“A lawyer would have to be an idiot to take a frivolous case to court,” said study co-author Amitabh Chandra, an economist and professor of public policy at the Harvard Kennedy School of Government.  The study, “Malpractice Risk According to Physician Specialty, was published in the New England Journal of Medicine.

Why does Chandra make the above claim about “frivolous cases”?  According to this study of 41,000 doctors who bought policies from a major national carrier,  “fewer than 2 percent of doctors each year were the subject of a successful claim, in which the insurer had to pay a settlement or court judgment.” The study was funded by the RAND Institute for Civil Justice. Chandra also received funding from the National Institute on Aging, which has been interested in malpractice as a possible driver of health-care costs.

That 2 percent is an interesting number, as it has also been said that the overall cost of “defensive medicine” to our National Health Care system is 2.4% of the total. (Side note: “defensive medicine” is perhaps an Orwellian term when applied to “fear” over medical malpractice litigation.) For more on this this, check out this article from the University of Colorado Denver, titled “National Costs of the Medical Liability System.”

Of course, how long has the GOP been pushing tort reform and “caps” on successful medical malpractice judgments?

Even Wellpoint agrees that the primary drivers of health care costs have nothing to do with malpractice litigation; rather they cite the cost of new technologies and high rates of inflation for services. So, welcome to another GOP agenda Myth; I’m sure you know these as well:

Education reform (posted 8/12/11): create the measure that will advance the claim of failure; use the recession to make “tough” budget cuts seem necessary; implement broad voucher programs to transfer wealth from the general welfare to the private pockets of corporations and religious institutions

The following groups were not well represented or excluded from clinical trials: patients with pelvic surgery, patients post-radiotherapy, patients with severe renal or hepatic impairment and patients with certain cardiovascular conditions (i. sildenafil • “Do you have any difficulties in your work situation?”.

Voter ID laws (posted 8/1/11): enact suppression legislation such as photo ID requirements though the recorded number of “voter fraud” cases works out to something close to .00004%.

Why do citizens, nearly all of us so powerless to fight against the legal and systemic protection of private wealth, at least half of us, it seems, agree with these policies that cut so deeply into the core of human dignity?

For more reading on GOP tort reform, I highly suggest the following resources: