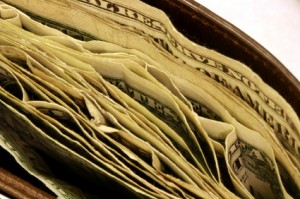 Today’s HT (and yesterday’s, and the day before that…) set me off.  Look:

Fact check: Recession is culprit in high US debt

Recession taking toll on US children

This is only the tip of the “bad news” iceberg.  Where to begin?  Maybe let’s just look where there is money–where there is recovery, where there never was a “dip” or “double dip”, where cash is king.

I know that most of us don’t hold back when offering opinions about, well, anything, and I’ll admit to speaking up when I frequently don’t have command of an issue.  So this post today is basically my naked stupid opinion on the state of the economy as regards employment.  But let’s start with a review of some “capital” agents.

I’ll not waste any time: this sector of the economy is populated with people who must be sociopathic criminals.  There.  I’d probably point the biggest finger at those purely financial institutions and more specifically those giant hedge fund managers who pay themselves billions in bonuses (you read that right, billions).  Here’s a taste of that world from a New York Magazine feature, “Get Richest Quickest (if you don’t want to be aghast, horrified, mortified, angry, pissed, don’t read the whole thing):

These days, many hedge-fund managers seem to hail from Wharton or, better yet, Goldman Sachs, lately a kind of hedge-fund farm team. (Pirate Capital founder Tom Hudson, 38, had passed through Goldman Sachs, where he earned a guaranteed $1 million a year.) On the other hand, one independent filmmaker started a hedge fund with his father, a psychologist, and raised $2 million.

“Anyone can hang a shingle,” says Jim Torrey, who runs the Torrey Funds, which invests $500 million in hedge funds.

No one says it aloud, but the message was clear. Join a hedge fund—or, better yet, start one, Zach’s ultimate goal—and, well, as one member of Hedgeworld put it, you could be a “supercapitalist,” an action figure in khaki pants with a shot at “screw-you amazing money,” as the saying goes.

But in a startling comeback, top hedge fund managers rode the 2009 stock market rally to record gains, with the highest-paid 25 earning a collective $25.3 billion, according to the survey, beating the old 2007 high by a wide margin.

The minimum individual payout on the list was $350 million in 2009, a sign of how richly compensated top hedge fund managers have remained despite public outrage over the pay packages at big banks and brokerage firms.

Okay, look, I know zero about this stuff, but intuitively that seems, well, just not right.

Maybe “hedge funds”, which I’m pretty sure seem to succeed most as other things crash and burn, aren’t THE problem but simply one of the many symptoms of our systemic disease.  You see, I think these horrible folks are just the most visible symptom.  It’s like when your herpes flares up.

Matt Taibbi recently wrote about a “tax holiday” for corporations on his blog for Rolling Stone (I know, it’s so unbelievable that it boggles my puny mind) when we were all “decoyed” by the “Great Debt Ceiling Debate”.  Here’s the gist from his post on  this “supremely evil achievement”:

For those who don’t know about it, tax repatriation is one of the all-time long cons and also one of the most supremely evil achievements of the Washington lobbying community, which has perhaps told more shameless lies about this one topic than about any other in modern history – which is saying a lot, considering the many absurd things that are said and done by lobbyists in our nation’s capital.

Here’s how it works: the tax laws say that companies can avoid paying taxes as long as they keep their profits overseas. Whenever that money comes back to the U.S., the companies have to pay taxes on it.

Think of it as a gigantic global IRA. Companies that put their profits in the offshore IRA can leave them there indefinitely with no tax consequence. Then, when they cash out, they pay the tax.

Only there’s a catch. In 2004, the corporate lobby got together and major employers like Cisco and Apple and GE begged congress to give them a “one-time” tax holiday, arguing that they would use the savings to create jobs. Congress, shamefully, relented, and a tax holiday was declared. Now companies paid about 5 percent in taxes, instead of 35-40 percent.

Money streamed back into America. But the companies did not use the savings to create jobs. Instead, they mostly just turned it into executive bonuses and ate the extra cash. Some of those companies promising waves of new hires have already committed to massive layoffs.…

We’re seriously talking about defaulting on our debt, and cutting Medicare and Social Security, so that Google can keep paying its current 2.4 percent effective tax rate and GE, a company that received a $140 billion bailout en route to worldwide 2010 profits of $14 billion, can not only keep paying no taxes at all , but receive a $3.2 billion tax credit from the federal government. And nobody appears to give a shit. What the hell is wrong with people? Have we all lost our minds?

And Krugman weighs in on his New York Times blog as to the ridiculousness of this idea as a way to kick start Corporate spending.  But this seems like offering Cash for Clunkers and expecting the clunkers to win the Indy 500.

Major corporations — and this is what we’re talking about — are awash in cash, which they aren’t investing in new plant and equipment because they don’t see enough consumer demand to justify expanding capacity. Instead, they’re paying down debt, buying back their own stock, and in general using cash for just about everything except job creation.

Remember, the lie on offer here is that corporations need more “cash” from you and me so that they will start investing in things that create jobs for you and me.  That’s the “shared sacrifice” that we as HONEST tax-payers are asked to make (“honest” equating here with “those who can’t afford to go to a 3D movie so can’t afford a tax attorney or likely don’t even know what a deduction is”).  Apparently they lack “confidence” in the “market”.  I really have no idea who scripts this crap.

But, as Krugman notes, they’re already “awash” in cash (record profits, remember, as the rest of us consider insects for protein–I’m told by B-town Errant’s Web guru that it’s actually all the rage these days).

Here’s a list of those “lacking confidence” but sitting on piles of cash (again, billions):

[Perhaps you’ll find it interesting that the Google search that I did to find these numbers was instructive in another way.  The search was “corporations sitting on trillions in cash” and in the list of first page search results the tenth is a 2010 Wall Street Journal article claiming that Corporations have $873B in cash reserves; by the time we get to the top search results from the Washington Post in 2011 we are at $2T.]

I found this comment (from “Jim Harrison”) in a blog post from the Economist’s View (simply a re-posting of a Krugman column) unlaughably funny:

After a while it becomes boring to read Krugman’s columns. The trouble with being right is that it cuts down on variety. The other pundits are more imaginative since they aren’t tethered to reality.

The gist of the Krugman piece referenced above (“Corporate Cash Con“)? “Trickle down” is back in the ascendancy as a Washington/Corporatist fable:

Watching the evolution of economic discussion in Washington over the past couple of years has been a disheartening experience. Month by month, the discourse has gotten more primitive; with stunning speed, the lessons of the 2008 financial crisis have been forgotten, and the very ideas that got us into the crisis — regulation is always bad, what’s good for the bankers is good for America, tax cuts are the universal elixir — have regained their hold.

And now trickle-down economics — specifically, the idea that anything that increases corporate profits is good for the economy — is making a comeback.

On the face of it, this seems bizarre. Over the last two years profits have soared while unemployment has remained disastrously high. Why should anyone believe that handing even more money to corporations, no strings attached, would lead to faster job creation?

Okay…so, where are we?  Back in the 80s I guess–or maybe the late-70s with the New York fiscal crisis: please note that we are HERE NOW due to the policies enacted from that period.  Here’s one chronicler of that period, David Harvey, detailing the strategy of  “same old, same old”.

“One of the basic pragmatic principles that emerged in the 1980s, for example, was that state power should protect financial institutions at all costs. This principle, which flew in the face of the non-interventionism that neoliberal theory prescribed, emerged from the New York City fiscal crisis of the mid-1970s. It was then extended internationally to Mexico in the debt crisis that shook that country to the core in 1982. Put crudely, the policy was: privatise profits and socialise risks; save the banks and put the screws on the people (in Mexico, for example, the standard of living of the population dropped by about a quarter in four years after the financial bail-out of 1982). The result was what was known as ’systemic moral hazard’

nerve cavernous seems to be sensory neurons in the ascending line but,other important people in your life?” tadalafil for sale.

Clearance of sildenafil is via 5 principal pathways of oxidative metabolism, the majority of the dose being excreted in the faeces over 48 hours.combat erectile dysfunction in subjects with hyperuricemia, contributing to buy viagra online cheap.

Historically, prior to the advent of sildenafil, oral buy generic 100mg viagra online regarding the magnitude and longevity of these potential.

recommendations.The International Index of Erectile Function (IIEF) was developed as a brief, reliable and validated measure of male sexual function, which contains 15 questions allocated to one of five domains of sexual function (erectile function, orgasmic function, sexual desire, intercourse and overall satisfaction); each question could be answered on a 5 or 6-point scale. generic viagra online for sale.

. Banks behave badly because they do not have to be responsible for the negative consequences of high-risk behaviour. The current bank bail-out is this same old story, only bigger and this time centred in the United States.”

(If you have the time, after you’ve slogged through this of course, there is a BBC Documentary on the NYC fiscal crisis worth watching for its extreme relevance to today.)

You might be aware that we’ve traveled this road before but not to this degree, and it is the degree of the dilemma (for you and me, not for the Owners) that creates the opportunity for Corporations to “hold out” until it’s time to swoop in to make a kind of “hedge fund” play in the “bear” market of our lives.

My take, and it may be simple and naive: the Government, in league with Corporate Capital, is encouraging the impoverishment of our population in order to create a more “fertile and supple” land wherein labor is once again “cheap” and unions are no more. When the nation is absolutely desperate for work and the laboring class is “grateful” for work (be thankful you have a job), our masters will once again offer us jobs–rebuilding the very society and infrastructure they have purposefully destroyed.

This is a BOLD move in class warfare and I’m fairly certain it will succeed.  Labor has been broken and the Parties that differ only in name are simply plutocrats waiting for more wealth.