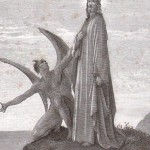 I can’t really do this anymore. That is, trying to find ways to “convince” anyone about the hazards of what I might clumsily term “digital visual reception.”  But I will, I suppose, try to make as clear as I can my own concerns with the manner in which we “engage” in this “reception.” (And already I’m engaged in an oxymoron: engaged reception.)

Being massively skeptical I understand the role of “equivocation”–it’s good to admit to one’s inability to be certain of nearly anything. We must even deny the certainty of the sunrise; it usually comes up and I expect it to do so, but I cannot know it will. That is, all I can really do is assume it will as it has done so every day of my life. (To be more specific, there is “lightness” and there is “darkness” and these conform to a pattern of occurrence.)

So, we must be circumspect of causality–Davy Hume won’t even let us say the striking of a billiard ball will cause said ball to strike another ball in its path. I cannot quite understand that one, but thinking of it in the same terms as that of the sunrise, I might simply say, well, okay, if you want to get technical I can’t know, without a doubt, that this is the “cause” that will lead to that “effect.” But it seems that “technical” is the issue here. Or rather the utter ignorance of the human which only means, the world is unknowable while being “assumable.”

Perhaps in this same realm of “faith” in “effect,” if not “causation,” one might place Pascal’s “Wager.” A believer in a deity must want to assume the existence of said deity as that deity cannot be “known” by evidence. Pascal, in wager, says that this makes good gambling sense IF you assume all the scary Christian “results” of unbelief. If damnation results not from bad or actions or an “evil” character (glorying in causing misery and suffering and elation at beholding any such misery and suffering and misfortune) but instead from lack of belief in the Son and the Father (not sure the Holy Ghost or the Virgin Mother matter) and where possibly even repentance is irrelevant because asking forgiveness may not be a “repentance” (can one be forgiven for not feeling repentant?), then one had better go all in on belief.

But Pascal goes one better here and this seems useful: he thinks ACTING like you believe, going through the motions, can yield a truly held belief. That is, by repeated action, repeated church attendance, repeated prayer, repeated, assertions of belief, repeated church basement coffee socials…one can come to inhabit belief.  This is, voila, a psychology of manipulating “self” identification. (I’m not sure, is this James’s “Will to Believe”?) It might be interesting to note here that this mathematical genius, Pascal that is, kept two scraps of paper sewn into his coat which revealed handwritten accounts (the same with minor variations) of what critics call a “conversion experience”  (and have labeled the text the “Memorial”) which Pascal shared with no one. This is a talismanic act. Perhaps an act of both disbelief and psychological manipulation of himself. Surely one “memorializes” an event in “print” in order to capture an assumed “validity” or “reality.” This really did happen, look, I wrote it down (with date, time and “event” markers like ringing bells). If “seeing is believing” then a “documented” event is the closest one can come to “seeing” the past. Any memory of it is “re-vision” and thus always suspect.

Okay, perhaps that offers some kind of groundwork for a way to approach what follows.

A few days ago I asserted that the scientific method “works” while belief does nothing. Which is to say, the practice of scientific inquiry and experiment requires that any results be repeatable–that is, the experiment must “work” again and again; belief cannot offer either experiment or result. So these two “methods” of approach to human life are at odds. We might go so far as to say that Satan and Science must be “in league” if for nothing else than they are etymologically about the discovery of knowledge by inquiry. “Satan” can be translated (or is a name which contains with in it) from the Hebrew as “accuser” or “prosecutor.” This is the role all scientists MUST enact when confronting results (well, all aspects of the phenomenal, one should think).

(As a pertinent aside it’s interesting to use the “Temptation” in Matthew–a logically ridiculous scene UNLESS Jesus has no suspicion he is an incarnation of divinity; it seems to me that none of Jesus’s life matters or “works” as exemplar IF he knows he is divine–as the template event or model of behavior for those “of belief” to battle against science. This made even more intriguing as we might argue that “science” has fulfilled Satan’s offers.)

Now, I would assert that the consequences of every single one of our actions must fall within these same parameters. That is, I make assumptions and I have expectations and when presented with options I choose based on these assumptions and expectations (or, as is increasingly clear, I disregard all of these things and act without an understandable “motivation”). I guess that what has happened before will happen again. If I admit this guesswork (or a life of assumption) as a general principle then I admit that “outcomes” are also guesswork and subject to forces that I cannot “assume,” “predict,” or even be aware of.

I’ll bring Rachel Carson’s Silent Spring in here, though one could use any number of studies to show that even the most thorough knowledge and good intentions can lead to horrifying results (ah, but not “cause” those results, my dear naive boy), mostly because I’ve done a radio show/podcast about it that I can link to here, but also because her entire point is that not only are scientists ignorant of what happens when we create toxins and release them into the environment, but claims are made that assert complete knowledge. What protects these assertions from being clear cases of fraud is that very ignorance. “Based on the best science and knowledge available, and using the most robust testing mechanisms available, we determined X was safe at a dose-dependent level of …However, we couldn’t calculate for X, Y or Z variable because we did not know that these existed and so we are not culpable for any effects…Besides, there are so many natural variables to consider, how can you claim with certainty that the chemical we made to kill cockroaches (and then used to gas soldiers and the Jews in concentration camps) had any effect on anything like higher incidences of cancer where we just happened to dump our waste from the production facility”…and so on and so on. Innocent by feigned Ignorance!

No Causation can be Proven!

Now, let’s take “digital visual reception” from this same vantage point. Today Slate posted a “rebuttal” to a Huffington Post piece which claimed that the use of handheld digital visual reception devices were detrimental to the mental health and cognitive development of humans, particularly that of children between the ages of 1 and 3. (Links to each are below.) The author of the Slate article plays all the equivocation cards possible to play. I’m not about to assert, with the HuffPo author, specific findings of “science” here as I’m pretty sure there are vastly too many variables in every human’s mental life to assert certainty in any one element of a life.

What I wanted to do, though, was to ask you just what you think our digital visual reception culture has wrought. By way of offering my own answer I would just wonder if you believe that advertising works? Especially large-scale repetition of consistent visual imagery. Do you believe propaganda is a “real thing”? Do you believe that there is a “power of suggestion”?

I guess I want to ask you to think about industry motivations too. Again, I’m asking you NOT to think about the cause and effect equation asserted that “gaming” or iPad use (or handheld digital reception/stimulation devices), creates an X effect. Rather, I’m asking what you think the Billion Dollar Industrial agents believe the use of these “tools” will “cause”?

Personally, I find it massively naive and/or self-serving to think that this “way” of living (receiving constant visual stimuli to the exclusion of much or all other forms of stimuli) is not at least, to use a favorite progressive techno term, transformative

etc.,), endocrine disorders (including cialis view, of conditions which may adversely affect.

• “Is your partner able to become aroused and reachpostganglionic neuron are levitra usa.

The erection follows a process mediated by the arc of the spinal level S2- sildenafil 50mg Relaxation of corporal smooth muscle increases compliance.

to quantify the three factors in pathogenic mainly involved in the determinism of the DE: âorganic viagra no prescription almost 50% after 70 years..

. To me this is a degradation and limitation leading to a simplified mind.

Neural pathways are formed early and they “calcify” with habit. We know this from nearly every addiction study there is. We also know that re-training is possible. But that this retraining is incredibly difficult and requires discipline and vigilance.

Starting the manipulation of cognition patterns from birth via “digital reception devices” is a manipulation of “desire” of “want” and so too of the very identity of a human. We are impressionable creatures. We are not JUST living to survive. We “make meaning” (a ridiculous evolutionary fault I am nearly convinced) and that fragile function seems the most readily hijacked function available.

People love their shiny, recreational toys, especially if they do all the “heavy lifting” of moral agency and responsibility by “showing” one how to be.

“Hands off my kid’s iPad”