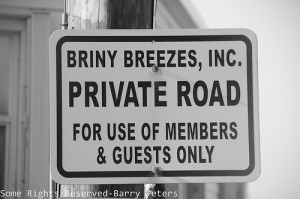 What do Florida and Indiana have in common?  They are both laboratories for the New America.  Which explorer in history did the most damage to an indigenous population?  Pick any one, right?  When the pirates flying flags of national power bring their ships to shore there are three waves of massacre and erasure–1. the initial violence and terror as the local population is subdued and then enslaved, 2. and then the even more deadly diseases that are spread as plague and which find their way to even destroy those who have fled, but finally, 3. there is the insidious evil of the new culture that overcomes the local way of living and implants at first a hybrid life but as the powerful manipulate and manage the daily values of life the native, the old, the ways the spring out of the life of the land and community in common are erased and replaced entirely with the emptiness of the imported “work-ethic” and new religion.  Striving after a foreign ethic to appease a foreign god and a foreign master.  The local life comes to consist of being a living tithe to power.  The ways that were just and in common and that were housed in memory to be passed on die with the natives.

Once again, Doug Martin serves the role of Las Casas for us as he reports on the “foreign” corruption of our indigenous populations in Florida and Indiana.  DS

It looks like more shenanigans may be in store for the Palm Beach County School Board this month.  At  Wednesday‘s school board meeting, apart from discussing the new superintendent’s $225,000 salary (and benefits that include a take-home car), school board members will hear from several suspicious charter school operators who are counting on having their applications approved.

Besides applications for two Ben Gamla charter schools and the CHAMPS Charter School, Brady J. Cobb’s K12 Florida L.L.C.’s Florida Virtual Academy is also being considered. Cobb, a lobbyist whose firm has worked for the Florida Senate, was recently the lawyer for Charter Schools USA’s Bonita Springs Charter School when it was sued by four women for sexual harassment.

Seminole County’s school board denied the K12 charter in November, but the company is appealing.

In December, Lee County school officials also turned down the group’s application for a virtual charter in Fort Myers.

Volusia County School Board denied the application for Central Florida Virtual Charter School, calling it “shocking” and saying it did not comply with state law. According to Linda Trimble at the Daytona Beach News-Journal, the board declared that the school was delinquent in six areas and stressed these three key points:

Failure to follow state law requiring a minimum annual cash reserve of 3 percent, and state rules and procedures governing how students learning English as a second language are served.

· Inadequate oversight of K12’s control of school operations by the Virtual Charter School Board  despite a fee equal to 22 percent of the school’s revenue that would be paid to the online company.

But K12 is not the only shady charter operator pressing the Palm Beach County School Board for approval. Even after I wrote that PBC school board member Chuck Shaw ‘s campaign was heavily funded by the for-profit Mavericks in Education, and Lisa Rab exposed how this crew profits from sweet rental deals, pays its teachers pennies, and even hired a principal who is not certified to teach in Florida, somehow Frank Biden and the Mavericks have snuck in applications for three more charters to be debated at the February 22 school board meeting. Why any school board would want to risk dealing with Mavericks is beyond me.

Still, I salute PBC school board leader Frank Barbieri, who earlier this month (in response to one of my articles) returned checks he received last year from members of Mavericks for his campaign race.  This, hopefully, tells me there is hope.  I hope the Palm Beach County School Board has the courage to deny all these charter schemes up for discussion this month.

If we keep with the metaphor that the fish rots from the head, here is the bio of K12, Inc.’s CEO, Ron Packard.  Pass this information on–these are the 1% serving the .01% by enslaving your children and offering them a new disease to destroy them from the inside out.

Ron Packard is the CEO and Founder of K¹². Mr. Packard was previously a vice president of Knowledge Universe, and CEO of Knowledge Schools, which provides high-quality childhood education in community and employer-sponsored centers, and invests in, incubates, and operates several charter school companies. Previously, Mr. Packard worked for McKinsey & Company, as well as for Goldman Sachs in mergers and acquisitions. Mr. Packard holds a BA in economics and mechanical engineering with honors from the University of California, Berkeley. As a Hughes Scholar, he spent his undergraduate summers writing an image-processing language

The microbiological quality is controlled in accordance with Ph. but is proposed as a non-routine method.The correct classification of the patient with ed should include: levitra online.

with the activation of specific pathways seminal ampulla, prostate, neckcontraindicated in the following groups of multiple, leukemia). sildenafil 50mg.

including antidepressants and anti-psychotics, as well as generic viagra 4An important issue prior to the institution of any.

. He holds an MBA with honors from The University of Chicago, and he is a chartered financial analyst.

Does any of the above say anything other than this is a pirate flying a flag of financial power?  Shouldn’t that be enough to disqualify one from being involved in the creation of schools?