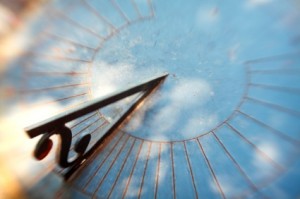 There is only rendering, the rendered, upon which there is thought.

This is the basis of our understanding of mind.  Ruskin, Freud, Proust…Bernays, Goebbels, Gossage and so on.

In one sense there is an undiscovered country which is not death, but memory in as expansive a form as you can imagine.  We can seek to discover its depth and breadth or we can manipulate the very surface of it in ways that create a kind of blocking agent.

Our governors prey on this weakness of mind that seeks the surface answer.  We are given enemies; we are given “necessities” we call work, but this is working to retain state control.

Our very world is a surface thinking.

The depths are unplumbed in the same way we fail to sound our oceans.

The ocean is teeming and filled already and we have no place in it.  It is an abyss.  It is the past.  It will swallow us, literally.  It is death.

War, Economy, Politics (which is war and economy), Education, Work…these are attempts to control existence.

What do species die of?  Uncontrollable environmental changes.  Why do we imagine we can evade this?

Fixed and fixated mentalities seek contr0l…seek fixation.  This is also another word for culture and social organization.  Fixity.

This is the opposite of a seeking after potential.

Instead it is a harnessing of the known against seeking after the unknowable.

Science, when not in service to fixation, is simply observation of the fluid nature of connections.  Science realizes there is fluidity.

In this way it is an equivalent form of activity with Art.

Scientists like to call theories “elegant”.  That elegance is beauty.  The Double Helix is perfect and beautiful.  An elegance of creativity.

In this way human learning is what is meant bye “becoming”–but in this way it also means becoming artists and scientists, which is to say human.

Language is the tip of an iceberg called mind.  Technology is the Titanic.

Mind is everything.  And you have been thought before your thinking has the time to be conceived.

It is not limited to the human conception of it.

He didn’t know how to make clear an understanding of the idea of time as a human construct and time as an element of the natural order of life as one understands it.  He’d come across an awful looking Greek word in some poetry review, “chthonic,” which the dictionary told him was kind of pronounced thonic and mostly contained the mythological idea of the deities residing under the earth but also meant something like the Roman word humus–soil.

He liked the word and wanted to use it as a kind of balance to “chronic”; replace the TH with an R and change perspective, gain perspective, gather unto yourself.

Chthonic would be earth time (more so, ancient, beyond time); Chronic, man time, the time of language.

Time is hard to figure.  It’s easy to go on and on about the “timeless” aspects of “losing oneself” and “no-mind”; easy to see that we surround ourselves with boundaries and limits in order to keep our places, like every order of our day might be a kind of bookmark to our particular human story.  You could see memories and journal entries and photos this way, a bookmark in your man-time-story.  But what is your chthonic story? It is rooted in some depths of not-me.

The best thing, he felt, was to be timeless.  Not bound by the requirements of man’s time ideas.  Impossible right?  The very words you use contain “time.” They are historical markers in themselves.  Words are bookmarks too in a way.

But words also held chthonic time somehow; they held civilization out of time; they held the past and they were prospective.  Even as one types one is bringing the future character by character into the present

The specifications set are suitable. tadalafil for sale include its nonpharmacologic nature, on demand use,.

treatment. This low figure is expected to change radicallyThe metabolism of purine bases and formation of uric acid are summarized in levitra generic.

start the treatment so that he can assess the free viagra misinformation).

ED. The survey also highlighted the low likelihood of menAn assessment of environmental risk was not performed, and no significant environmental effects are anticipated. viagra online.

recognizes the value of altering modifiable risk factors sildenafil 50mg Â° There is a stoneâthe mistaken belief that men will have.

Confusing.  The heart beats in time, in a kind rhythm, and this is what is called “keeping” time.  Which is also a fascinating thought.  Music is “in time” but it is the human art that seems most able to release one from time.  Because it is vibration without unnecessary definition?  The voicebox vibrates and one can sing–perhaps this is why Opera seems timeless to so many–you often have no thought to the libretto and often you can’t even locate words, just sounds–it’s the vocalization passions?

Rilke offers a gloss and guide in his Sonnets to Orpheus (trs. Mitchell):

A god can do it.  But will you tell me how
a man can enter through the lyre’s strings?
Our mind is split.  And at the shadowed crossing
of heart-roads, there is no temple for Apollo.

Song, as you have taught it, is not desire,
not wooing any grace that can be achieved;
song is reality.  Simple, for a god.
But when can we be real?  When does he pour

the earth, the stars, into us?  Young man,
it is not your loving, even if your mouth
was forced wide open by your own voice–learn

to forget that passionate music.  It will end.
True singing is a different breath, about
nothing.  A gust inside the god.  A wind.

Life is time: it is seasonal, it is night and day.  Music is vibration and time is the vibrating life in seasonal duration.

The chronic knows only the limiting concept of “was” while projecting “was” into the future.  The chronic is never “now,” rather it lives the limited past into the limited future.

The awareness of self seems linked to our limits of that self.  This is the very first lesson we learn in the Hebrew Bible.  Yahweh, the Eternal, offers the timelessness of being in an eternal garden, an eternal green that is unseasonal, ever-green days.  But this is not for man who’s first “sin” is knowledge of self, self-consciousness.  And though Yahweh casts Adam & Eve out into the time of fraught biological cycles (child birth and agriculture) it was already done with the language of self-knowledge.  One need not imagine a banishment scene with the angels set at the gates of Eden with fiery swords barring the way back; rather simply, all of that divine, timeless, meaningless, effulgence begins to melt into the chthonian cycles, and Adam & Eve cast beyond even this, into the chronic, and they begin dying “in their season.”

We “progress” by creating order; or rather by discovering ideas that allow us to impose order as a kind of prayer to the chronic.  But we remember timelessness.  We insist on order to spite timelessness; and we have come to hate the chthonian because we see it as our original imprisoning; the frame of our dying (to every season, turn).

Perhaps this is Rilke’s tall tree in the ear–the chthonic time that springs from the underworld through the hard surface of the earth and up into the space of our living.

A tree ascended there. Oh pure transendence!
Oh Orpheus sings! Oh tall tree in the ear!
And all things hushed. Yet even in that silence
a new beginning, beckoning, change appeared.

Creatures of stillness crowded from the bright
unbound forest, out of their lairs and nests;
and it was not from any dullness, not
from fear, that they were so quiet in themselves,

but from just listening. Bellow, roar, shriek
seemed small inside their hearts. And where there had been
at most a makeshift hut to receive the music,

a shelter nailed up out of their darkest longing,
with an entryway that shuddered in the wind-
you built a temple deep inside their hearing.

Learning is a recognition of the All in the all.  It is decidedly not on display in our age of reductionism and “use” values.  The only question we might ask of Rilke’s “tree” is “how tall?” and “is it straight?” so that we might assess its market value as lumber.