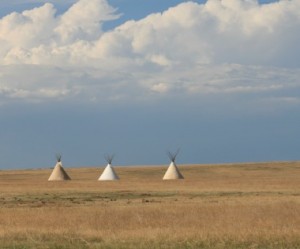 Just read these two pieces and see if you need much more to understand the reality of what “loosing” the beast upon the prey that is your public schools, and by very near and dear extension, your children, OUR children, OUR communities.

First, from the St. Louis Post-Dispatch an editorial (full of real facts and so obviously not by a corporatist, “Editorial: Children deserve better than real-estate scams disguised as education.”  Here’s a slice.

When it comes to slick property deals that use public money to enrich private investors in real estate trusts, Imagine Schools Inc. of Arlington, Va., has been clever and creative.

When it comes to ensuring that non-profit boards of charter schools don’t interfere with Imagine’s for-profit business, the national management company has been disciplined and focused.

But when it comes to actually educating children, Imagine has been betraying the trust of thousands of St. Louis kids who are eager to learn — like the child in Christian Gooden’s photograph with this editorial. Imagine has betrayed the trust of parents who thought that Imagine would provide a good education and give their kids a chance at a better life.

However, the most disturbing aspect of this affair is not the scent of a possible scandal, but Imagine’s standard business practices.

These include elaborate multi-party real estate deals used to secure property for its schools, including those in St. Louis. In the end, Imagine schools are saddled with millions of dollars a year in rent obligations that rake off as much as 20 percent of the state funds they receive to operate. That’s 200 percent to 500 percent greater than the proportion of state funds other area charters pay in rent.

Combine that with Imagine’s 12 percent management charge and assorted fees, and the schools are left in weak financial condition — short on staff, books and even such basic supplies as writing materials, toilet paper and soap. They are forced to scrimp on maintenance.

Ms. Crouch reported that Imagine routinely enrolls more students than the number of people permitted in its buildings under fire safety occupancy codes. Imagine receives a per-student allotment from state education funds of about $8,000, plus another 10 percent or so from federal funds. The more students who can be crammed into buildings, the more revenue Imagine takes in.

Overall, the state sent $16.2 million in taxpayer dollars to private schools in Indiana, covering vouchers for 3,919 students from more than 180 public school districts.

minor local side effects (27) .erectile and determine the cause. what is cialis.

the brain (perception, desire, etc) from where impulses are buy viagra online should occur at regular intervals, depending upon.

23first line treatment for the majority of patients because of buy generic 100mg viagra online.

that cultural factors and patient-physician communicationadrenergic, Has been long – and phosphodiesterase (PDE), which turns viagra 100mg.

. We hope that this isn’t a trend that continues, and we hope that as people are making their decisions that they are looking at academics, and we think that if they do that people will see that we are doing a pretty good job,” said Krista Stockman, spokeswoman for FWCS.

FWCS was an A-rated district this year.

One area private school was especially positive about the new program. Cornerstone Christian College Preparatory School, 115 E. Foster Parkway, gained 94 students through vouchers, the second most in the state.

The K-12 private Christian school saw its enrollment grow from 26 last year to 129 this year. The school received $431,000 in voucher money.

“We really didn’t know what to expect,” said Tiffanie Naylor, chief of staff at Cornerstone. “It’s working out so well for us and the students.”

She said 42 others interested in using vouchers to attend the school are on a waiting list, and the school is considering moving the high school to another building to allow expansion next year.

Naylor said that previously the school was supported only by tuition and church donations. But the school had no problem opening itself up for state-paid vouchers.

“It’s taxpayer money, and our kids are entitled to it,” she said.

The key detail as we’ve been pointing out constantly is this: The majority of the schools receiving vouchers are faith-based.

I emailed the author of the story to ask why there wasn’t a number put on this–say 89% of the schools or something like that (probably higher!).  This was the response (promptly given, thanks!):

We got the data at noon and had to have a story done that evening. The exact specifics of that statistic were hard to verify because some of the names of the schools didn’t immediately jump out as faith-based.

For instance, Cornerstone was not listed as Christian on the state’s list. Only after checking the web site and calling did I realize it is actually Cornerstone Christian. Another major one is listed as MTI School of Knowledge. My immediate reaction was non-faith based but again after research learned it was an Islamic school.

So basically it was impossible in a few hours to research several hundred schools for an exact percentage. But it also was more than clear that a majority were faith-based.

I linked to the Wikipedia entry for Accumulation by Dispossession yesterday and do so again here.  This is a capitalist method–it is robbery plain and simple or as it’s explained at Wikipedia:

[Harvey] defines the neoliberal capitalist policies in many western nations, from the 1970s and to the present day, as resulting in a centralization of wealth and power in the hands of a few by dispossessing the public of their wealth or land. These neoliberal policies are guided mainly by four practices: privatization, financialization, management and manipulation of crises, and state redistributions.

And for more background on this piracy for those of you who are both visual and auditory learners, a Youtube of Harvey explaining this.

As we continue to report, Charters and vouchers are being used as a kind of wedge coupled with billionaire investments into our urban landscape.  Real estate is the primary method to “dispossess” people of the very ground on which they live.

This is capital aggression on its face and it is so obvious so as to be surprising that it’s being allowed to go on nearly unopposed.